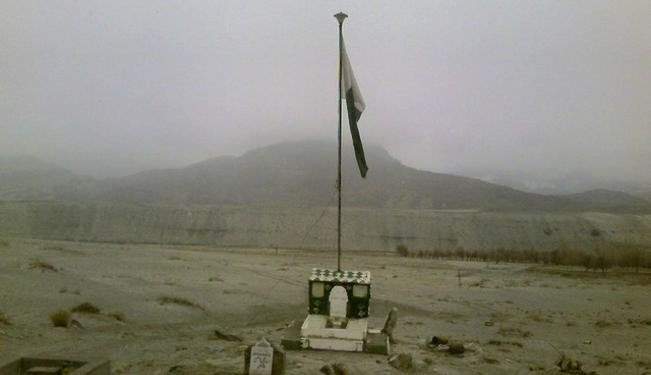 Demilitarization of Siachen will not a suitable answer to the ongoing tensions between India and Pakistan.

Siachen is in the news again. Having served at the glacier, one is aware of the ground realities. It is being suggested that ‘demilitarization’ of the glacier will act as a catalyst to foster friendly relations between Indian and Pakistan. To be honest, one has not heard of a more convoluted and outlandish logic.

Demilitarization of an area implies withdrawal of the opposing military forces from the designated area with an agreement that neither side would undertake any military activity till the resolution of the conflicting territorial claims. Thus, demilitarization necessarily entails withdrawal by both the sides from the disputed area. The area becomes a de facto frontier between the two nations.

In the case of Siachen, Pakistan has no presence on the glacier – not even a toehold. Their positions are well west of the Saltoro Ridge. If they are not present on the glacier, the question of Pakistani withdrawal just does not arise. Therefore, demilitarization of Siachen means unilateral withdrawal by India and nothing more.

It is understandable for the Pakistani military to use the term demilitarization as it wants to continue deceiving its countrymen that it is occupying part of the glacier. However, it is simply preposterous for Indian strategists to speak in terms of demilitarization and thereby mislead the public. They should be honest and refer to the proposal as ‘unilateral vacation of Siachen by India’.

‘Demilitarization of Siachen will assure Pakistan of Indian sincerity in resolving contentious issues and help bring about a reduction in Pakistan’s hostility towards India. Both countries can live peacefully thereafter’ is the commonly touted argument of the Indian advocates of the withdrawal.

The above logic is absurd and farcical. It is based on three phony contentions. One, it is for India to convince Pakistan of its good intentions and not the vice versa.  Two, a placated Pakistan will shed its enmity and be a good neighbour. And three, Pakistan should be trusted to honour its commitment.

Over the last six decades India has tried various measures to convince Pakistan of its sincerity to develop a rancor-free relationship. India has never coveted Pakistani territory. It stopped short of re-conquering the whole of Jammu and Kashmir and went to the Security Council. It gave back the strategic Haji Pir Pass as a goodwill gesture in 1965 and returned 96,000 Pakistani Prisoners of War after the war in 1971. It has never trained and sent terrorists into Pakistan to create mayhem.

As a matter of fact, India’s over-indulgence and conciliatory gestures has emboldened Pakistan into considering India to be a soft state and increased its intransigence and hardened its anti-India attitude. While the Indian leadership was trying to break ice through ‘bus diplomacy’ in 1998-99, Pakistani military was busy planning the notorious Kargil incursion.

As regards the second issue of changing Pakistan’s mindset, it is nothing but self-delusion. Pakistan’s shedding of hostility towards India and adoption of a friendly stance would amount to the negation of the two-nation theory, the raison d’être for its very existence. A nation born out of hatred needs hatred to feed itself on for continued sustenance and to justify its existence.

Issues like Kashmir and Siachen are merely a manifestation of Pakistan’s infinite hostility towards India. Were India to hand over Kashmir to it on a platter and withdraw from Siachen, Pakistan will invent newer issues to keep the pot boiling. Pakistan cannot afford to shed its antagonism towards India as that would amount to questioning the logic of its very creation.

Coming to the third premise, can Pakistan be trusted not to undertake clandestine operations to occupy the Siachen heights vacated by trusting Indians? Who can guarantee that? Remember, deceit is a part of Pakistan’s state policy.

Independent Pakistan started its track record with treachery. Despite having signed a ‘stand-still agreement’ with the state of Jammu and Kashmir, Pakistan unleashed Pashtun marauders on the hapless Kashmir valley with the active participation of Pak army. Breaching undertakings given to the US, it surreptitiously used American equipment to launch a surprise attack on Kutch in April 1965.

Even before the ink had dried on the Kutch agreement, Pakistan was back to its perfidious ways. Covertly, it infiltrated its forces into Kashmir, expecting a local uprising against India. Under the Tashkent agreement, Pakistan promised to abjure the use of force to settle mutual disputes and adherence to the principles of non-interference. However, Pakistan continued its proxy war through its notorious secret agencies. Sanctuaries and safe passage were provided to underground elements of North-Eastern India.

Under the Shimla Agreement, Bhutto had given a solemn verbal undertaking to accept LOC as the de facto border. Instead, true to its perfidious nature, Pakistan redoubled its efforts to create turmoil in India. In addition to regular terrorist attacks, it never misses an opportunity to embarrass India in every world forum.

Finally, India has been repeatedly duped and cheated by Pakistan. What has Pakistan done in the recent past to earn another chance to be trusted? Has it arrested and deported all terrorists? They are roaming free in Pakistan spewing venom against India. Pakistan is colluding with China by bartering away territory in Gilgit-Baltistan. One is not aware of a single step taken by Pakistan to assuage Indian feelings and earn its trust.

Pakistan is adept at achieving through negotiations what it loses in war. The current dialogue on Siachen is an extension of the same subterfuge.  Indian soldiers shed blood to gain military ascendency, only to see their hard fought gains being lost through the misplaced zeal of some self-proclaimed advocates of peace.

We should never forget that deceit, betrayal, duplicity and perfidy are synonym with Pakistan. Therefore, any Indian who suggests vacation of Siachen should be treated as an anti-national element and tried for high treason. Enough of Prithviraj Chauhan syndrome. He repeatedly trusted Ghori and set him free; only to be captured and blinded later on. Pakistani text books portray Ghori as an ideal leader whose exploits should be followed. It is time India learns.