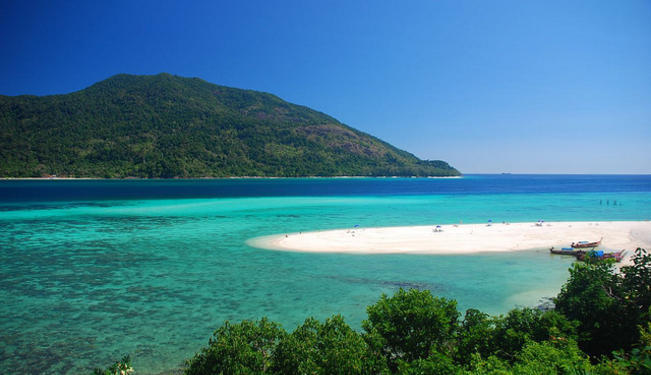 Judy Dempsey focuses on the strategic importance of the South China Sea, which has become a new geopolitical tension in Asia.

When President Barack Obama announced last November that 2,500 U.S. marines would operate out of a base in northern Australia, he confirmed a fundamental shift in Washington’s security strategy. The U.S. was going East.
The deployment in Australia, the largest since World War Two, will begin this year. The troops will be based in the Darwin, just 820 kilometers from Indonesia. Known also as “Pearl Harbour of Australia,” it was there, during a surprise attack in 1942, that the Japanese dropped more bombs than on Pearl Harbour, Hawaii.
Then, Japan was the major adversary in the region. Today, the U.S. recognizes China as the biggest player in the region who will, inevitably, challenge the U.S.’ military dominance of the Asia-Pacific region. What worries the administration profoundly about a stronger China is Beijing’s “Anti-Access/Area Denial” strategy.
In practice, Anti-Access/Area Denial means that the Chinese People’s Liberation Army, or PLA, would have the capability to attack transportation, bases and other facilities and systems to defend its sovereignty, its interests and especially its claims on Taiwan which it considers as a break-away province. China has intensified work on its own aircraft carriers, successfully launching its first prototype in August 2011. But it is the newest generation of the Chinese medium-range ballistic missile Dongfeng 21D that is truly causing Washington nightmares.
The U.S. military fears that these missiles, armed with a single conventional warhead each, could be aimed with enough accuracy to destroy an aircraft carrier from 1500 kilometers’ distance. If this proved to be true, China could effectively deny the U.S. Navy access to most of the South China Sea, radically shifting the balance of power in its favor. The People’s Republic is also developing its own aircraft. “One cannot but be impressed by the systematic and methodical way in which the PLA has gone about acquiring the capabilities needed to successfully implement these concepts,” said Rand Asia security expert Roger Cliff.
He was giving testimony last year to the U.S. China Economic and Security Review Commission last year about China’s access-denial defense strategy. “It is clear that we are dealing with a military that is focused and serious about finding ways in which to defeat us should a conflict occur,” he argued. No wonder that China’s Anti-Access/Area Denial potential has turned into one of the main issues preoccupying Washington’s approach to the Asia Pacific.
Indeed, Mr. Obama pointedly referred to it on January 5 when the Pentagon announced budget cutbacks and also its Defense Strategic Review. “We’ll continue to get rid of outdated Cold War-era systems so that we can invest in … the ability to operate in environments where adversaries try to deny us access,” Mr. Obama said. Until recently, the U.S. enjoyed free access to the South China Sea, allowing it to conduct military exercises as well as surveillance and intelligence gathering, all of which are a constant irritation for Beijing.

China, for its part, has long claimed the whole of the South China Sea. But Vietnam, with whom the U.S. has been cultivating ever- closer ties, the Philippines, Taiwan, Malaysia and Brunei hold rival claims. All of these countries appreciate Washington’s military presence in the region as a balancing factor against the emerging superpower China.
Apart from these rival claims that have led to maritime standoffs, the South China Sea is one of the world’s most important shipping lanes. It accounts for $5 trillion in annual trade. The South China Sea is also rich in oil, minerals and fish. No wonder that the U.S. and countries in the region want to keep the South China Sea open. China wants any disputes involving the South China Sea to be resolved through bilateral talks, not via any multilateral forum or arbitration by the United Nations. And it has repeatedly said that the U.S. has no business in becoming involved.
It was hardly surprising then, that when U.S. Secretary of State, Hillary Clinton made a two-day visit to the Philippines last November, China was one of the issue on top of the agenda. Her counterpart, Albert del Rosario, criticized other countries with claims to parts of the South China Sea, for failing to unite against China over maritime rights. The Philippines has already proposed a “Zone of Peace, Freedom and Cooperation” or ZoPFFC that would define which areas are disputed and which are under the sovereignty of a country. ZoPFFC has gotten nowhere.

Tellingly, Mr. del Rosario said some of the ten countries belonging to the Association of South East Asian Nations, or ASEAN, were becoming increasingly beholden to China, for economic reasons. They were unwilling to jeopardize those trade ties by adopting a common stance over maritime rights in the South China Sea. The U.S., meanwhile, is forging closer strategic ties with Vietnam and India. Both countries are ambivalent about the rise of China, and what that means for China’s growing military and political influence in the region.
Neither Beijing nor Washington is fighting for a conflict. The stakes are enormously high. With both sides determined to protect their interests in the seas of South East Asia, it will require the most sophisticated of diplomats to ensure the openness and peace of the South China Sea. No doubt, NATO officials will give his take on the region during the Munich Security Conference.

*[This article was originally published by Munich Security Conference on January 23, 2012].
The views expressed in this article are the author's own and do not necessarily reflect Fair Observer’s editorial policy.