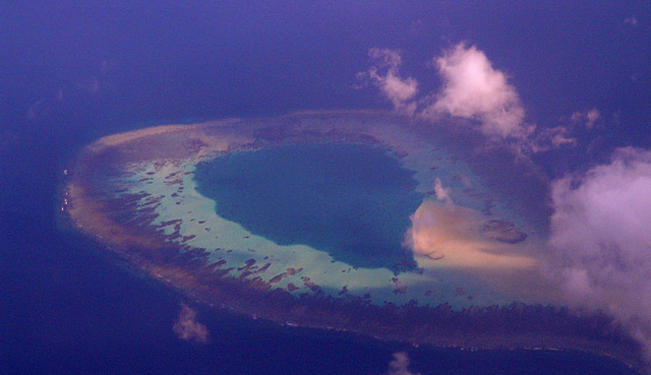 As part of a nation's territory, the Spratly and Paracel Islands, with its surrounding waterways, have the potential to shift the regional balance of power

Each nation's appeal was to have the islands become part of their exclusive territory (in the case of The Philippines, an upgrade from a plain EEZ) and as an expansion of their sovereign borders. As of now, the South China Sea Islands are located in international waters and are thus governed by the UNCLOS instead of solely by a country’s own laws. While having EEZ rights grants certain privileges to the owner nation, it is still bound to certain limitations. For example, the vessels of other nations may pass through the zone and may conduct trading activities as long as they do not violate any natural resource rights; however, this “free passage” poses problems to the nation holding the EEZ. The breadth and depth of Philippine control over the EEZ may be hampered by the fact that they are operating in international waters, and are subject to the limitations of their naval jurisdiction according to the UNCLOS. International beaurocracy coupled with the powerful influence of China results in almost no decisive steps taken to improve the situation, and the eventual release of the Chinese vessels and seamen. If the Spratly and Paracel Islands were to become part of defined Philippine territory, the Philippine navy would have the full backing of national law instead of having to (in most cases) settle the issue in international courts or refer to the UNCLOS. As part of a nation’s territory, the Spratly and Paracel Islands would hold even more economic and strategic value; a nation with exclusive control over these rocks and the surrounding waterways has the potential to shift the balance of power in the region.

The Case of Sabah

Any resolution must, first and foremost, bring stubborn China to the table. Like the Six-Party talks designed to have North Korea more involved in multilateral anti-nuclear talks, the international community as headed by The Philippines should appeal to Beijing to come to the negotiating table. Granted, China does not share the same economic conditions as North Korea, but there remains concern about security in within itseconomic zones. The most effective resolution would be diplomatic rather than military and would be structured in a way that conforms to the conditions of a joint economic-security agreement between the nations in the case of dispute (of course, the United States should not be directly involved). Perhaps the EEZs could be reconfigured to suit each nation’s demands, respecting and recognizing state sovereignty, with certain economic concessions and resources rights accorded to the Philippine government. The negotiation process, however, should not inflame tensions with China and its growing military power and territorial ambition.

Consider the case of Sabah, now a territory of Malaysia, which The Philippines has been trying to lay claim to a number of decades. Like the disputed islands in the South China Sea, Sabah holds much economic, cultural, and military significance, and The Philippines sought to argue its historical claim in the international courts. According to documents, the title and dominion over the territory were ceded to the Philippine government by the then reigning Sultan of Sulu, Sultan Muhammad Esmail E. Kiram I. After the Malaysian government asserted its jurisdiction over Sabah in 1963, The Philippines dealt with the issue by antagonizing Malaysia and breaking formal diplomatic relations in a poor effort to force reconsideration. In another hardline attempt to claim the land, it was revealed in 1968 that Ferdinand Marcos was training a team of saboteurs on Corregidor to infiltrate Sabah and incite rebellion among the populace. This plan was exposed, and due to the large socio- political backlash generated by the incident and the succeeding Jabidah massacre, Marcos was forced to drop the claim. Malaysians and a majority of the international community condemned The Philippines for its covert actions to reclaim Sabah, making any future attempts to reclaim the land extremely difficult. A direct militaristic and antagonistic approach could thus derail all Philippine progress to secure the South China Sea Islands.

In any discussions on the disputed islands, the Association of Southeast Asian Nations (ASEAN) community should be wary of Chinese duplicity and must keep Beijing’s ambitions in check. If Chinese policymakers reject a multilateral solution, the issue could be brought to the United Nation's International Tribunal on the Law of the Sea (ITLOS) – the body set up to rule on disputes.

At the end of the day, the Asia-Pacific economic-security power struggle over the South China Sea Islands may function either as a powder keg or a deterrent, the latter if controlled properly and unilaterally. Philippine control of the EEZ of the South China Sea is central to the maintenance of maritime prowess and continued economic growth. In a world where economic power and territory rules all, even a piece of rock can become an extremely valuable piece of gold.