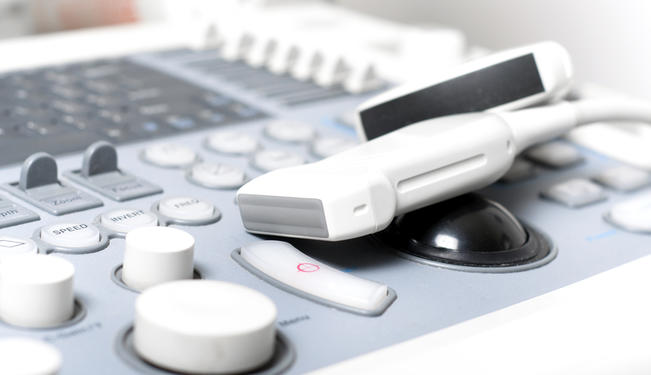 Thousands of mothers in India are coerced into aborting their female child.

The widespread misuse of prenatal ultrasound has led to a genocide against the female gender. In India, due to fetal sexing, a female fetus is selectively aborted every 12 seconds. As long as multinational corporations continue to sell cheap ultrasound machines to developing countries, and while the law permits abortion and society maintains a preference for sons over daughters, the illegal practice of fetal sex determination will continue.

Indisputably, ultrasound technology is an invaluable tool for medical diagnosis and cannot be banned. However, a more nuanced solution exists: creating safer ultrasound machines that cannot be misused.

Manufacturers of ultrasound machines have patented software that can automatically prevent the sex of a fetus from being revealed, while retaining all other medical information. A patent search demonstrates that technology to specifically block the genital organ in a live ultrasound is known to various multinational companies.

General Electric (GE) has a pending US patent application (US Patent Publication 20090169074) entitled, “System and Method for Computer Assisted Analysis of Medical Image,” which concerns technology that allows selected information, such as the genitals, to be suppressed. GE’s patent application states: “When required by law, a display of real-time ultrasound exam of a fetus can be designed to suppress sex determination task, by selectively blurring images of genitals of the fetus.” There is a counterpart application by GE, pending in China. Philips’ patent application, CN102048557, entitled, “Device Capable of Preventing the Abuse of Ultrasonic Image Inspection and Method Thereof,” is also pending in China. Shenzhen Microprofit Electronics owns Chinese Patent CN100462054 entitled, “Method for Shielding Sex Part on Foetus Image for Preventing and Recognizing Foetus Sex.”

The existence of these patents clearly demonstrates the ability of ultrasound manufacturers to create ultrasound machines that block the genitalia — thus producing a far safer ultrasound. This “add-on” patented software for preventing sex-determination would be effective and relatively inexpensive. Yet it has not been widely introduced or implemented.

Even though the Indian government has outlawed both sex-determination and sex-selective abortion since 1994, and has mandated that ultrasound manufacturers sell the machines only to licensed clinics, the number of female fetuses aborted has grown exponentially each year.

In the last 30 years, since the use of ultrasounds in India began, the child sex ratio has fallen from 962 girls per 1,000 boys in 1981, to merely 919 girls to 1,000 boys in 2011 – a massive 48 point drop. Moreover, skewed sex ratios drive women to even lower social status, increasing violence against women.

There would undoubtedly be challenges to implementing and distributing new ultrasound machines that automatically block information on fetal genitalia. In very rare cases, there is the likelihood of blocking a pathological lesion present near the genital organs. This, however, can be addressed with simple innovations, such as sending unblocked fetal genital images to a certified image review center through a secured network.

Many questions still remain, however: What should be done with the thousands of ultrasound machines that are already in use in India? Can the government demand that owners update the existing machines with the software? Who will do the updating?

Ultimately, collaboration between manufacturers, third-party software developers, and the government is required to successfully attain the unified goal of curbing female feticide.

That being said, a technological solution alone cannot provide a cure for deeper social issues such as an inherent preference for a son. But as ultrasound accounts for 95 percent of prenatal sex-determination, a technological block would directly disable the overt crime of sex determination.

Currently, thousands of mothers in India are coerced by their husbands and in-laws to abort their female child. To empower mothers and attack the problem head-on, we must provide the technology for preventing sex-selective abortion, and this may further catalyze social transformation.

Societal responsibility falls just as much on corporations as it does on citizens and governments. In response to strong criticisms by the United Nations and other international organizations, GE released a report in 2009 stating that it would “move beyond vigilance of [its] own operations and think creatively about how the Company can contribute to the wider societal change that must take place.”

Yet the most promising solution is not actively pursued. It is time for corporations to show leadership and lead the call to action.

Together, multinational companies such as GE, Siemens, and Philips, hold 72 percent of a rapidly growing ultrasound market in India. The costs for bringing the genital-blocking technology to the market certainly do not outweigh the benefits. These companies have the ethical responsibility of solving an international social crisis.

Before sex ratios plummet further and rapes like the one in Delhi last December occur at tragically increasing rates, the life-saving ultrasound technology must be upgraded to prevent its misuse.