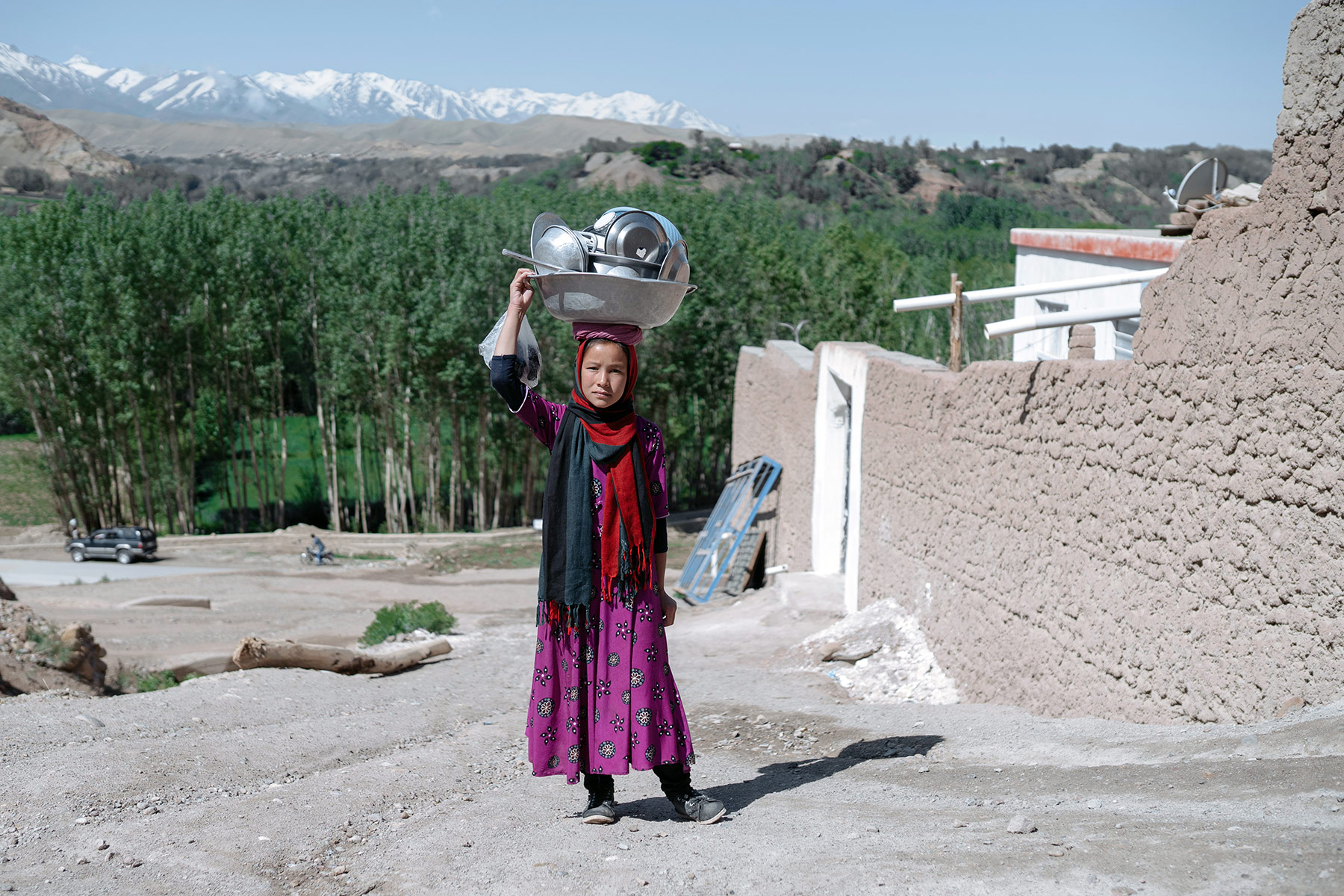 September 11, 2001, is internationally recognized as a date associated with terrorism and mass murder by al-Qaeda militants based in a Taliban-ruled Afghanistan. Yet the current situation in the country means that September 11, 2021, could see another tragedy: the ethnic cleansing of the Hazara minority. In April, President Joe Biden announced that US forces, and NATO troops along with them, will depart from Afghanistan after 20 years of conflict. This is despite the absence of a peace treaty between the Afghan government and Taliban insurgents.

Unconstrained by the presence of foreign forces or the binding conditions of a peace agreement, Afghan civilians will be vulnerable to attacks by the Taliban and other terrorist groups, such as the Islamic State in Khurasan Province (IS-KP). Yet if history and the current situation are indicators, the Hazaras are at the greatest risk.

The Hazara of Afghanistan

Before the 19th century, Shia Hazaras were the largest minority in Afghanistan, making up 67% of the population. Between 1890 and 1893, Pashtun Sunni leader Amir Abdur Rahman Khan declared jihaduponHazaras, who resisted by declaring jihad against the ruling forces. Although their fighting was fierce, over half the Hazara population was killed or forced into exile, their lands confiscated and thousands sold via slave markets that remained active until 1920. Women were coerced into marriage with Pashtun men, a practice intended to destroy the cultural integrity and identity of Hazaras.

This period has been described as the “most significant example of genocide in the modern history of Afghanistan.” The historic significance of Khan’s jihad not only galvanized Pashtun and other Afghan tribes against the Hazaras, but it institutionalized their relegated status within Afghan society to an inferior position. This continued until the invasion of US and NATO forces in 2001.

Today, Hazaras make up around 20% of Afghanistan’s 38-million population. Some, such as international relations scholar Niamatullah Ibrahimi, put this figure at 25%. Yet regardless of how many remain, one thing is clear: The Hazaras are amongst the most discriminated against and persecuted people in the world. As such, they form one of the largest groups of asylum seekers and refugees.

The Soviet Union’s invasion of Afghanistan in 1979 precipitated the largest exodus of Hazaras since 1890. After 10 years of war, the Soviets withdrew. A vacuum ensued that led to various factions vying for power. The Taliban seized control and ruled the country from 1996 to 2001. The Taliban soon launched another era of persecution of Hazaras. Two years after taking control of the Afghan capital, Kabul, the Taliban slaughtered 2,000 Hazaras in Mazar-e-Sharif. An estimated 15,000 Hazaras lost their lives under the Taliban regime. The US-led invasion removed the Taliban from power and resulted in less violence against the Hazaras. Yet the community continued to be deemed an inferior group in Afghanistan. Historically, Hazaras were relegated to menial labor.

Despite the legacy of persecution, marginalization and exclusion from the highest levels of government, Hazaras have achieved important gains in the fields of education and culture since 2001. The Hazaras advocate and practice democratic participation, universal education and tolerance for religious and ethnic pluralism. These values are indispensable for the creation and maintenance of a healthy civil society. Yet Hazaras are anathema to the Taliban and IS-KP.

With the US departure imminent and the return of the Taliban inevitable, the identity, values and achievements of the Hazara people make them a primary target. The formula was repeated throughout the 20th century: An ideologically intolerant group obtains political power and accentuates salient differences of a minority. The dominant group discriminates against minorities, marginalizes them to the lowest caste in society and then systematically eliminates them.

The pattern of violence often appears to the outside world as random. But to the Hazaras, the violence is systematic. Due to their religious and ethnic identity, passion for education and procreation, the minority community has been targeted for ethnic cleansing.

Since December 6, 2011, when thousands of Hazaras were attacked in Kabul during the holy day of Ashura, the violence has resembled a genocidal character. The bombings, which killed 70 in Kabul and four in Mazar-e-Sharif, were claimed to be conducted by Lashkar-e-Jhangvi (Lei) a Pakistan-based group strongly affiliated with al-Qaeda and the Taliban. In May of this year, triple bombings left nearly 100 dead, 85 of whom were students at Syed-Al-Shuhada high school, which is predominantly attended by teenage girls. Last year, a maternity ward of a hospital operated by Médecins Sans Frontières was attacked. Twenty-four people died, including 16 mothers and two children. In the same year, 40 students were killed at the Kawsar Danish tutoring center.

Currently, the Taliban control more than half of Afghanistan’s territory. This includes 17 out of 19 districts in Herat’s province, which is densely populated by Hazaras. With repeated attacks against Hazaras, it is clear that ethnic cleansing is taking place in Afghanistan.

The Taliban have applied this formula before and are deliberately using it again with renewed expectation for its all-out assault on Afghanistan after the US departs. Vulnerable groups in the country are already arming themselves and realigning their relationship with the Taliban. Yet not all of these groups support or embrace the Taliban. Rather, they are only doing so out of political necessity and survival. In other words, act supportively of the Taliban or die.

The litmus test of loyalty will be measured by the degree to which other ethnic groups hold the Hazaras in contempt and advance the Taliban’s agenda against them. The phenomenon is called a “cascade,” wherein acts of violence against a marginalized group establishes one’s legitimacy in the eyes of the dominant group.

What Can Be Done?

The Afghanistan Independent Human Rights Commission has called for the UN to appoint a commission of inquiry to investigate the murder of Hazara school children and attacks on Shia worshippers. The International Criminal Court has authorized the chief prosecutor, Fatou Bensouda, to investigate war crimes committed by all responsible parties, including the Taliban.

Yet more needs to be done. The international community should acknowledge the emerging signs that genocide is underway against the Hazaras and will only escalate. Global powers, such as the United States, must call for the protection of the most vulnerable people. The United Nations High Commissioner for Refugees (UNHCR) should place Hazara refugees on the high-priority list for asylum.

In response to the Taliban’s territorial gains, several mujahedeen commanders, including Hazara leader Mohammed Mohaqiq, have organized local civilian forces whose presence has strengthened and inspired government troops. In the recent past, the government armed Hazara civilians, who successfully defended mosques and sacred celebrations from Taliban attacks. Kabul must consider this strategy again.

Yet local civilian forces, the Afghan army and international troops alone will never bring peace, security and stability to Afghanistan. If Hazaras are to remain in the country with any expectation of a recognizable civil existence, a political solution is required. But a settlement without involving Pakistan, China, Iran and the US is doomed to fail.

Pakistan continues to provide safe harbor and assistance to the Afghanistan-based Taliban. China, a key ally of Islamabad, is the only global power with credible influence over the Pakistanis. Iran now supports the Taliban. It does so in order to counter the emergence of an anti-Iranian Islamic state in Afghanistan. The long-term interest of the United States is to prevent Afghanistan from becoming a training ground for anti-Western terrorists. The presence of all these parties, particularly the Iranians and Americans, is required at the negotiating table.

International leadership capable of identifying and appealing to these four powers, whose current relationship is shaped more by enmity than commonality, has yet to emerge. The situation on the ground requires immediate remedies specifically addressed to the threats posed to the Hazaras. It is time to take notice.

Afghans Have Been Left at the Mercy of the Ruthless Taliban