On the evening of May 8, a car bomb exploded in front of a high school in a majority Hazara neighborhood of west Kabul, Afghanistan. The blast killed more than 85 civilians and injured at least 150 others, almost all of them schoolgirls aged between 13 and 18. Images shared on social media showed bloodied backpacks, crushed shoes and torn notebooks strewn beside the burning carcass of the vehicle used in the attack.

As the United States has started to formally withdraw its troops from Afghanistan, life keeps getting harder for the vulnerable ethnic minorities in Afghanistan such as the Hazaras, who have suffered long-term persecution. Distrustful of the government forces, the Hazaras considered US presence as a protective shield against attacks. According to a report by the Office of the High Commissioner for Human Rights, there have been more than 25 acts of terrorism against the Hazara community between 2014 and 2018, including bombings of maternity hospitals, wrestling clubs, mosques and schools. Last time, in October 2020, the Kawsar-e-Danish education center in Kabul was targeted by Islamic State Khorasan Province (IS-KP) militants, killing at least 30 students.

While the IS-KP and the Taliban have claimed responsibility for almost all of the acts of violence against the Hazaras in the past, so far, the May 8 attack remains unspoken for. The motivation behind this latest atrocity remains murky, especially since IS-KP does not officially exist anymore, having failed to establish a base in the country. A Taliban spokesman recently told TOLO news that the attack has been carried out by the Islamic State with the help of the Afghan government’s National Directorate of Security to damage the reputation of the Taliban.

As some lay the blame on the authorities, officials believe the attack has been carried out by the Taliban. Amid the confusion, the Afghan government and various political parties are calling on the UN to investigate the bombing. According to Adam Nossiter of The New York Times, “Whoever was responsible, they appear to have taken pains to kill as many of the girls as possible.”

Since 2014, a year that marked the height of insecurity and saw IS-KP emerge in Afghanistan, the Hazara community has become an active military target for various armed groups and has accused government forces of standing by as massacres continue unimpeded. In the words of Sarwar Danish, Afghanistan’s second vice president and himself an ethnic Hazara, in some cases, the community holds the government responsible for the attacks against it.

At the end of 2020, for instance, government forces attacked Habibullah Ghoriani, a tycoon known for arming local Hazaras in Herat province. According to locals and eyewitnesses, the army opened fire on Hazara civilians, including women and children.

In late January, government forces killed 11 Hazaras in the highlands of Behsud district of Maidan Wardak province, claiming that they were affiliates of a local commander who fought against the Taliban and formed the Resistance Movement for Justice, a Hazara militia. The Afghan National Security Council and the Afghan Independent Human Rights Commission later sent two separate delegations to the scene. The results of both investigations showed that Allah Dad Fadaei, the police chief of Maidan Wardak, committed war crimes and shot at peaceful demonstrators. Although the Interior Ministry announced that Fadaei had been suspended from his duties and the case referred to the attorney general, a few days after the incident, he was appointed police chief of Laghman province without ever standing trial.

Such atrocities have a long history and are deeply rooted in Afghanistan’s culture, society and politics. The Hazaras have faced long-term persecution and discrimination from the majority Sunni Muslim population for being the adherents of the Twelvers branch of Shia Islam. Above all, the Hazaras are viewed as the descendants of Genghis Khan, whose armies ransacked the Islamic world, putting an end to the Islamic Golden Age in the 13th century.

In the late 19th century, Abdur Rahman Khan, the emir of Afghanistan from 1880 to 1901, declared jihad against the Hazaras, annihilating more than 62% of their population. Widespread antagonism toward the Hazara community means that the ethnic group is subject to systematic physical elimination, violence and discrimination for religious and racial reasons. On the day of the school attack, for instance, an Austro-Afghan journalist and author, Emran Feroz, tweeted “When I was in Dashte Barchi in March, I made a horrible experience that shocked me. I was making photos of a sports event mainly visited by Hazara. Security was bad. So, I asked a soldier about it. His answer: ‘Let them kill the Hazara.’ He continued racist slurs. I freaked out.”

The Responsibility to Protect

The important question now is what should be done to protect this community?

The day after the attack, the families of the victims called on the International Court of Justice to impartially assess the bombing. Furthermore, the Hazara diaspora is working to have the 19th-century Hazara genocide recognized. There is also the move to petition the International Criminal Court to start an investigation into crimes against Hazara civilians in Afghanistan and Pakistan since the community is disappointed with the government’s lack of action. Sarwar Danish called the May 8 bombing an act of genocide, mentioning that the terrorists targeted a particular ethnic group with distinct beliefs. The Afghan Independent Human Rights Commission in a statement also called on a team of UN experts to investigate these killings and other violence in Afghanistan.

The Afghan government and the international community must recognize the Hazara ethnicity as a group subject to systematic discrimination and violence. The Afghan government and the United Nations have a legal, moral and political obligation to protect such a community. This should be clearly reflected in international declarations as has been proposed by the Hazara diaspora.

There is a number of measures that can be implemented to protect the Hazara community in Afghanistan. First, the presence of the Hazaras at the strategic, staffing and operational levels of the country’s security sector must be increased and ensured. At the present moment, the number of Hazaras in senior and middle ranks of the security organs is in the single digits.

This has intensified targeted attacks against the ethnic group because officials do not feel responsible for securing the Hazaras and are unfamiliar with the socio-cultural and environmental conditions in which the community lives. The first vice president of Afghanistan, Amrullah Saleh, before assuming office, had suggested that he would provide a way of self-protection for the community via intelligence-sharing. Now in office, fulfilling that promise would go a long way.

Second, the international community should use any possible cultural, political and military tools commonly deployed to protect vulnerable groups from extremists. It is key that the Hazara genocide is acknowledged by both the Afghan government and the UN. The attacks on the Hazaras in the last six years go beyond war crimes and crimes against humanity and carry the hallmarks of modern-day genocide. The government of Afghanistan and international organizations should pay attention to the evidence presented to international legal authorities and consider the demands of the Hazara diaspora.

Last but not least, the government of Afghanistan has to strengthen and support the Hazara community so that it can protect itself within the framework of national security and international values as it has successfully done in the past. In 2017, following the escalation of targeted terrorist attacks on the Hazaras in Afghanistan, the government decided to arm civilians to protect Hazara mosques and religious ceremonies. The government’s plan was to arm at least 20,000 people under the aegis of the Interior Ministry.

The plan was so successful that, according to Mohammad Mohaqiq, a Hazara leader and President Ashraf Ghani’s senior adviser on security affairs, it prevented terrorist groups from attacking Hazara religious ceremonies and mosques during some important ceremonies, such as the Muharram. By implementing such a program, the Afghan government will take a big step toward securing the Hazara areas in the country. Until this is achieved, the Hazara community will continue to face threats to its already precarious existence in Afghanistan. 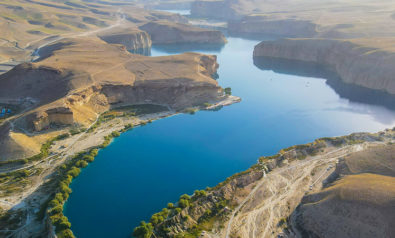 Does Afghanistan Have a Green Future? 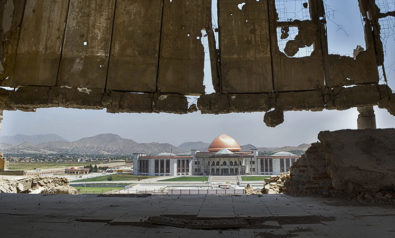