On June 1, the UK defense and home secretaries announced that the local staff who worked for the British government in Afghanistan, including many interpreters for the British military, would be eligible for expedited relocation to the UK under the Afghan Relocation and Assistance Policy (ARAP).

The new policy states that “any current or former locally employed staff who are assessed to be under serious threat to life are offered priority relocation to the UK regardless of their employment status, rank or role, or length of time served.” To date, more than 1,300 Afghans and their families have been relocated to the United Kingdom. Another 3,000 more are expected to relocate.

The ARAP rightly assesses that the local Afghan staff who have worked for the British over the past 20 years are at risk. However, it fails to recognize that Afghan graduates of British universities face a similar threat. These graduates have been one of the main drivers of development in Afghanistan. They have worked for the United Nations, the World Bank and various government entities around the country. They have also promoted British cultural values in Afghanistan. Naturally, the Taliban does not view them favorably.

In particular, the Chevening scholars attract the ire of the Taliban. Over the years, the British Foreign, Commonwealth and Development Office (FCDO) has given out scholarships to some of the most promising Afghan students. Their identification with Britain has attracted special attention from the Taliban, who have called them the “spies of the Englishmen” and “children of the devil ” among other things. Such sayings have not been reported in Western media, but Afghans know this only too well.

International forces have just withdrawn from the Bagram airbase. The Taliban are gaining ground and have even captured the main border crossing to Tajikistan. The Afghan government forces are crumbling. Kabul is already a dystopian city. The progress Afghanistan made around human rights, women’s empowerment, education, economic development and in other areas is already being rolled back. The Taliban view of the world is almost medieval. Harsh Islamic law that bans modern banking, women’s rights and fundamentals such as freedom of expression will soon hold sway again. Chevening scholars are likely to be hunted down and slaughtered, often publicly, because they are tarred by their association with Britain.

The Taliban have a terrible track record. In the past, they have killed thousands of people, closed down schools for girls and imposed draconian punishments, often as a public spectacle. It is an open secret that al-Qaeda used Afghanistan as a base during the reign of the Taliban. Those dark days are about to return, and anyone associated with the West will be targeted. Those associated with the US and the UK are already paying with their lives.

The British government has a moral obligation not only to the local staff but also to the Chevening scholars. The ARAP should cover the latter too. The very scholarship the FCDO granted to promising Afghan students has now become a noose around their necks. The Chevening scholarship has opened new doors for Afghan graduates, but it has also marked them down as Western collaborators in the eyes of the Taliban. Women scholars in particular face a risk. They are often seen as corrupted by Western values and a threat to the traditional Islamic order. Abandoning these scholars to their fate would be the wrong decision for any fair-minded British government.

There is also an economic argument for admitting Afghanistan’s Chevening scholars. In the post-Brexit era, the UK wants to be a global hub for talent. It is in the self-interest of the British government to attract highly skilled and driven professionals from around the world. The Chevening scholars have been trained in the finest British universities. Many of them have also worked abroad or have professional experience with international organizations. They have the skills, the resilience and the initiative to contribute greatly to the British economy.

There is a social argument for Chevening scholars too. They are some of the most cosmopolitan and cultured people in Afghanistan. While studying in the UK, many were active in student life, organizing discussions, volunteering with charities and hosting cultural events. They have an ability to assimilate into the British culture while adding a distinctive flavor to an increasingly multicultural nation. The Afghan scholars are likely to contribute to the arts, civic engagement and the communities they join. They will be an asset to the UK just as the Huguenots, the Jews, the Pakistanis, the Indians and countless others have been in the past. 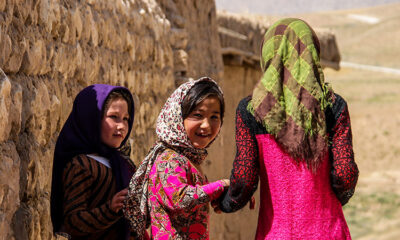 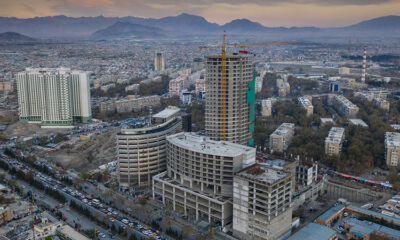 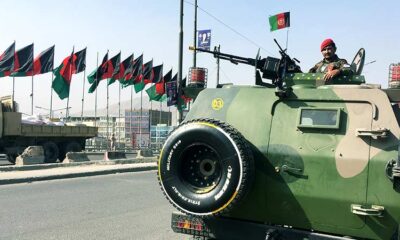 Without Free and Fair Elections, Afghanistan’s Economy Will Not Recover