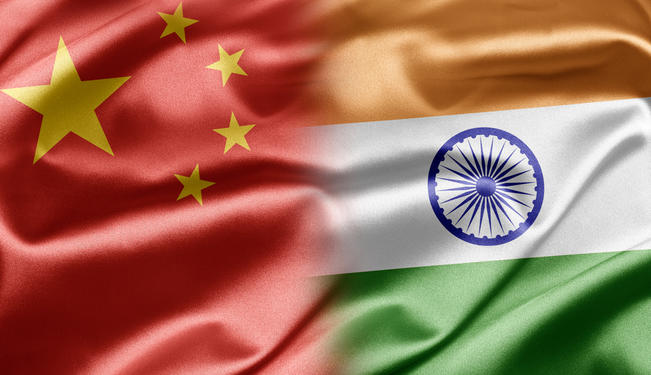 The longer the India-China border face-off persists, the worse it will for the Indian government since the perception that New Delhi is unable to deal with Beijing’s bullying tactics will only get reinforced with time.

For Nisar Ahmed, the sudden arrival of television crews into Leh, Ladakh’s capital, last week was disconcerting. As a top hotelier, he was sprucing up his two properties to get ready for domestic tourists who start flocking in droves to this high altitude desert. But last week he also had a small worry. A border incident in which Chinese troops had entered 19 km deep in the Indian Territory and stayed put, created quite an international stir.  For Ahmed, however, this was not new. What worried him, thought, was the hype.

“The tension that we see these days on the border is not new. In the past too, such incidents have happened but it has no affect on the local business. As far as the business in Leh and the tourism is concerned, it is quite smooth. However we would like that nothing more happens because the backbone of the economy of the Leh Ladhaki people is tourism, and [any] escalation of tensions might cause some decline in tourism which will affect the economy of the local people. I urge the media not to blow this out of proportion,” Ahmed said.

Ahmed and his fellow hoteliers are looking at the issue from a personal perspective but in the rest of India, China’s blatant act of aggression has caused outrage and anger. Predictably, political leaders in India have accused the government of Prime Minister Manmohan Singh of being soft and indecisive. Mulayam Singh Yadav, a former defence minister and an ally of the ruling United Progressive Alliance (UPA) roared: "This government is cowardly, incompetent and good for nothing," he said, while objecting to the upcoming visit of External Affairs Minister Salman Khurshid to China. Khurshid, who is expected to visit Beijing on May 9, is scheduled to meet his counterpart to finalise the agenda for new the Chinese Premier’s India visit in late May.

Describing China as the "biggest enemy", Mulayam Singh said in Lok Sabha (lower House of Parliament): "We have been warning that China has started occupying our territory. But [the] government is not listening to all this."

Singh perhaps reflected the majority view in the country. China is seen as an aggressor by ordinary citizens; the perception mainly born out of the brief but brutal war the two countries fought way back in 1962 and the one India lost. Half a century later, the 4,000 km long boundary between the two across the Himalayas remains undemarcated, leading to frequent misunderstandings and intrusions by troops into each other’s perceived area.

Both sides have put in place several mechanisms to ensure that small incidents on the border do not get out of hand. In a break from the pattern, however, the Chinese troops have pitched tents and stayed on for more than two weeks, and thus posing a dilemma for Indian decision makers.

The latest flare up may, in fact, test the patience and resolve on both sides. On April 23, Syed Akbaruddin, spokesman for India's External Affairs Ministry, asked China to agree to a status quo even as he sought "time and space" for satisfactory resolution of the latest impasse on the border. His counterpart in Beijing, Hua Chunying, resorted to the usual rhetoric: "The two sides should work together to properly solve this issue left over from history through peaceful negotiations, so as to create good conditions for sound development of bilateral relations,’’ she said.

However, when the Chinese military put forward two pre-conditions at the flag meeting on April 23, it was clear that the PLA had intruded and camped in the Depsang area of the Daulat Beg Oldie (DBO) sector with a definite plan. The Chinese military wanted India to stop building outposts and logistics depots in the vicinity and stop patrolling areas close to the perceived border before its troops went back; terms that India is unlikely to agree to. India, on the other hand, wants China to restore status quo as it existed in the area before April 15.

Srikanth Kondapalli, a foremost China watcher in India, and professor in Chinese Studies at the Jawaharlal Nehru University, says: “The transgression incident and the bilateral responses indicated to the inability of the current mechanisms to deal effectively with any flare-ups on the borders. Indian responses to such incidents are pitched at three levels: political leaderships’ intervention; invoking diplomatic-bureaucratic procedures; and tactical conventional military preparations.”

Eventually, both sides may decide on a face saving compromise by agreeing to some of the points, but Beijing will use the latest episode to push for yet another bilateral mechanism for border management. Officers on the ground in Ladakh, say the present stand-off does not reflect any new policy but is part of the standard Chinese patrolling philosophy along the borders including the DBO. The Chinese will use this opportunity to revive a proposal put forward during Chinese Defence Minister Liang Guanglie's visit last November, that to avoid such confrontations, the troops at the borders should advise each other of their patrolling programmes/schedules.

But why did the Chinese choose to come and camp in the DBO area? The DBO is an important area for India's defences, and was known even before the 1962 border war between the two nations. Located right in the middle of what is officially known as Sub Sector North (SSN), the DBO had a rough and ready airstrip available to Indian forces even before 1962. Located east of the Siachen glacier, the region is seen as strategically crucial for the Chinese, since the road that connects the two restive provinces in China — Tibet and Xingkiang — are very close to the area. China clearly wants to secure strategic depth to its civilian and military projects in the vicinity by pushing the Indian troops far away.

Despite its strategic location, Indian defence planners have tended to ignore infrastructure development of the area. Until recently, the DBO could be reached only by air. Troops deployed in the forward areas had to march for three days from Sasoma in Nubra Valley or along the Shyok River before reaching the DBO. Sources say, however, that recently a road along the Shyok River has been constructed to enable vehicular movement. The DBO airstrip, reactivated in 2008, is now able to handle AN 32 and hopefully the newly inducted C130 J medium lift aircraft. So far, the Indian Army deployment in the DBO area has been negligible. Instead, it is the Indo-Tibetan Border Police (ITBP) which has been entrusted with the task of guarding this stretch of the Line of Actual Control (LAC).

The army assesses that the stand-off might continue for weeks without either side blinking and, more importantly, without further escalation. Sources have ruled out any sort of military response to the incursion, but the Indian Army has ordered a re-assessment of vulnerable areas. But the longer the face off persists, the worse it is for the government since the perception that New Delhi is unable to deal with Beijing’s bullying tactics will only get reinforced with time.