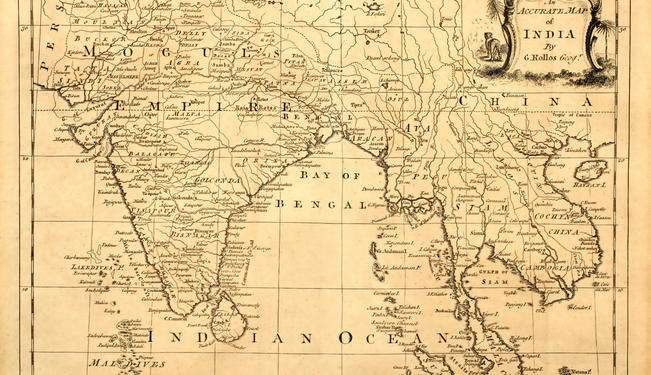 It is time for the two Asian giants to improve their relationship.

China and India are home to two of the world’s oldest civilisations. They share a long land border but remain separated by the Himalayas. Yet, they have managed to interact with each other across the snowy ranges that separate them. Buddhism spread from India to China and merchants established trading posts in each other’s countries. Scholars like Xuanzang travelled from China to  Indian universities such as Nalanda and much of Indian history has recently been rediscovered by using Chinese texts.

For nearly the entirety of their history, India and China have lived in peace with each other. There was one border dispute in 1962 in which the Chinese decimated the Indian army. The then Indian Prime Minister Nehru instituted a Forward Policy in which the Indian army was ordered to patrol and create outposts in disputed territories, including several north of the McMahon Line, a line agreed to by Britain and Tibet as the international border in 1914. This decision was Nehru’s biggest blunder and highly foolish given that he had refused to increase military spending or prepare for war. Needless to say, India has yet to recover from the trauma and disgrace of the defeat in 1962.

Indo-China relations since 1962 have been frosty. There is still no formal peace treaty or agreement on the borders. China is insecure about India’s potential alliance with the US and ties with Japan. India is terrified of China’s support for Pakistan and expansion in the Indian Ocean. Although trade between the two countries is growing, India’s growing trade deficit with China is creating tensions between the two countries.

Why is the China-India relationship relevant?

India and China are playing an increasingly important role in the world economy. A better relationship would boost trade ties, investments and employment in the two countries, and even augment global growth.

Asia is sitting on a tinderbox. Tensions such as those between China and Japan or India and Pakistan already grab enough headlines. The potential for the formation of alliances and conflict escalation is very real. Rising aspirations and growing hunger for resources in a depleted continent that has been inhabited for millennia are leading to tension and instability. While the spectre of an Asian equivalent of World War I is farfetched, a destructive nuclear war is not beyond the realms of possibility if relations start deteriorating.

Enlightened self-interest dictates that China and India should improve their relationship. This would give them greater clout in international institutions and in negotiations with the established powers such as the US and the EU. Both countries are complimentary powers. China has a more practical tradition with a history of inventions such as gunpowder and the compass. In recent times, it has excelled in creating world class infrastructure, massive manufacturing bases and outstanding poverty alleviation programs. India, on the other hand, has a more speculative tradition. It has a history of giving birth to Buddhism and the decimal system. In recent times, it has become known for its entrepreneurial energy, software industry and a largely free society. Both China and India have much to learn from each other and many synergies to explore. After all, the Buddha remains popular in China while Chinese food is wildly popular in India.