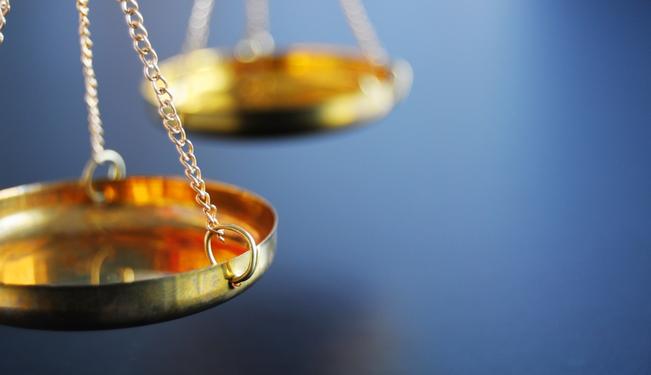 In the face of the controversial blasphemy laws in Pakistan, the second of this two part article examines the parameters of capital punishment in Islamic theology.

In Pakistan, the arrest of the local Imam for framing blasphemy charges against Rimsha Masih has been a promising development. But the debate on the “blasphemy enterprise” has only just scratched the surface. The girl and her family are still in need of protection from mob violence. The fate of the local cleric remains unclear. Reforms may lie ahead, but many dare not touch the question of death penalty for blasphemy in Pakistan.

In light of the recent developments turning the blasphemy case on its head, Paul Bhatti, the Minister of National Harmony, picked his words with caution.  Proposing an interfaith commission that would examine blasphemy allegations before the reach the courts, he said: “I don’t think we have to reform the law itself. But we have to stop its misuse.” His careful stance is unsurprising given the murder of his brother last year, Shahbaz Bhatti, the Federal Minister of Minority Affairs, on the pretext of his outspoken opposition to the blasphemy laws. But while procedural amendments would be promising in a country where many high profile politicians hesitate to take a stance of the blasphemy law, there is a risk of side-stepping the very premise on which the blasphemy enterprise is based. Procedural amendments to prevent mob violence and (in)justice can only go so far, unless the very illegitimacy of such death sanctions is highlighted.

Each time the blasphemy drama unfolds in Pakistan, it reveals the perverse fervour with which many clerics hail the death penalty. And each time one is left with a nauseating feeling at the kind of religious education that depletes compassion as a virtue, and that relies extensively on a set of punitive deterrents. Abuses may be rampant due to procedural loopholes, but this alone cannot explain why allegations based on the flimsiest of evidence bring enraged mobs tothe doorstep of police stations. There is something powerful about a religious sanction for death, as understood by many, which can allow individuals to take the law into their own hands, particularly in contexts where the law and order situation is already amiss. Only earlier this year, a mentally disturbed Muslim man in Bahawalpur, was accused of blasphemy and arrested. After a crowd of up to 2,000 stormed the police station and dragged him out, he was beaten and burned alive. In 2009, a mob attacked an area where Christians lived in Gojra, a town in Punjab province, burning at least eight people to death.

Caught between an understanding of religion that accords capital punishment for blasphemy, and the procedural abuses of the blasphemy law, I have heard many Pakistanis recommend measures to wiggle out of this quagmire. That, for instance, a more stringent application of the blasphemy law that punishes insults to any (or all) religions would serve as a deterrent. Or conversely, the penalty could be extended equally to instances of mal fide intent. Others maintain the validity of the death penalty for acts of blasphemy (broadly defined) as well as apostasy, but argue that the Shariah based procedure makes an allowance and a time period for repentance (istitāba). How the concept of istitāba can possibly be implemented in a legal setting remains unanswered. Perhaps even more problematic is the implicit notion that the state should serve as an arbiter and adjudicator of “forgiveness” on the ultimate subjectivity of one’s faith.

And in this zeal for punitive measures, few actually pause to consider that it is through our notions of justice that we articulate our vision, and shape the future of our society. Fewer still examine the very precepts and religious principles on which their arguments rest.

But there is another, deeper layer of irony in the current situation where the accuser now sits on the pulpit of the accused. The actions of the Imam – in destabilizing a society, in uprooting a community, and in endangering the lives of many – stand out as much more severe offences for conviction than the one he had originally orchestrated, both islamically and otherwise. It is an irony that I would hope is not missed on the enthusiasts of the death penalty as well as the blasphemy laws.

There is an event of supreme glory from the life of the Prophet, unanimously acknowledged by Muslims in all parts of the world. During the conquest of Mecca, the Prophet entered his city from which he had been driven out, and declared a general amnesty for the enemies who had tortured and persecuted him and his followers. There is another parable from the Prophet’s Meccan life that is equally popular: the story of an old woman who, in the early Meccan years, would curse Prophet and dump garbage on him whenever he passed by. Noticing her absence one day, the Prophet inquired about her and discovered that she had fallen sick. In his kindness, he proceeded to pay her a visit and wish her recovery. In the stories, the principle is simple. Justice is never for the sake of personal vengeance and compassion is always supreme.

But whilst revisiting a televised discussion on blasphemy (and its punishment) among religious clerics in Pakistan, I was stunned by a statement made by one, which seemed to be in consensus. The panel of religious experts on the show exclaimed how proud they were that the love of the Prophet was still so alive in the hearts of Muslims, that Muslims even today would be willing to bare their chests to bullets for his sake. And then came the exclamation: “Although Prophet Muhammad, in his greatness, could forgive, who are we to do the same?”

Arguably, forgiveness cannot be an obligation, but restraint definitely is. To them, I ask: for the ardent lovers of the Prophet that you profess to be, who are you, then, to not follow in his footsteps? Perhaps, we forget the verse: “And verily, in the Prophet of Allah, you have the best example.” (33:21)

Or perhaps it is true, as a scholar once stated, on the legacy of the Prophet: “Deeply, simply: he who cannot love cannot understand.”