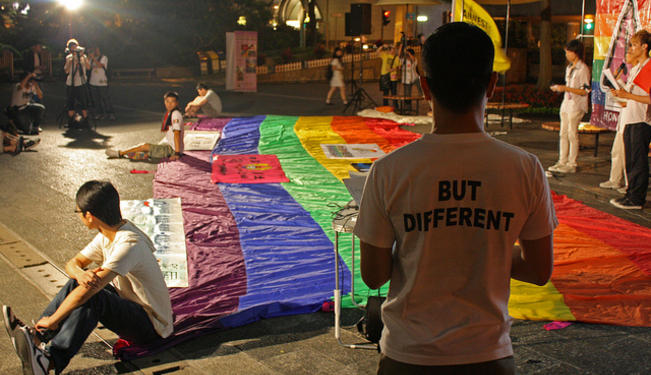 A look at the complicated relationship Asia has with homosexuality.

One of the most important announcements from President Obama in this election year was his support for gay marriage. Whether this “evolution” would ultimately cost him his presidency is too early to tell, but it is no exaggeration that gay marriage remains a hot button issue in US politics. Contrast that to Asia, where there is no legislation of any form that protects the rights of gays from discrimination, such an idea would seem incredible.

The fact is that in most Asian countries, homosexuality remains problematic. China does not have laws against homosexual acts, but law enforcement for years used different means to deter people, ranging from closing gay bars to arresting gays for jaywalking. In Japan, when a well known athlete was outed for going to a gay venue, he apologized and said homosexuality was like a hobby to him. Taiwan and Thailand are both known to be tolerant of gays, but no specific laws exist that protect their rights. Hong Kong is the only territory that officially decriminalized homosexual acts between men. The law passed through the legislative council in 1990 – only 7 years before the British handed Hong Kong back to mainland China. On the religious front, most Christian churches deemed it a sin, and there has been little discussion if none at all on the issue.

However, people slowly seem to be ready to start tackling the problem. On June 28th, a group of 22 gay friendly pastors, coming from mainland China, Taiwan, Singapore, South Korea, Japan and the United States, signed a historic joint document to show their support for gays. Their statement came in response to the hateful comments made by Hong Kong Baptist pastor Enoch Lam, who publicly compared homosexuality to drug abuse, gambling, homicide, and cancer on a local radio show. Pastor Lam later recanted his comments, and the pastors’ letter did show that there is active support for gay rights from the once conservative city of Hong Kong. Their letter marked the first time Christian ministers have spoken just about publicly in support of gays in Asia and surprised everyone but Anthony Man Ho Fung.

Mr Man, a forty year old gay activist living in Hong Kong, is no stranger to discrimination against gays in the work place as the current bill of rights in Hong Kong guarantees equal rights to the elderly, gender, race and those who have handicaps, but stops short of sexual orientation. In fact, Man Ho Fung first started his activism in a gay Christian group in 1993. Since then he has written books, spoken on radio talk shows and appeared on television urging the Hong Kong public to face up to the unfairness of the current situation. Recently he broke new ground as the first openly gay theology student to enter a seminary. If ordained, Mr Man would be the first openly gay pastor in the former British colony. He was however quite realistic when he said that he would not expect the traditional Christian churches to publicly embrace gays and gay clergy in the foreseeable future; but the recent support by the pastors did bring the argument to the surface. Mr Man also had the opportunity to meet with the openly gay Episcopal bishop Gene Robinson of New Hampshire, who was in turn endorsed by South African bishop Desmond Tutu. Whether or not the revolution in the American Episcopal Church would have any effect on the situation on the other side of the Pacific is still an unknown factor, but it does bring hope for millions of gay Christians living in Asia, a continent where they still do not have a seat at the table.

All in all, this should be seen in the larger context of achieving gay rights and acceptance in a continent that has always marginalized their very existence. With the rapid change of ideas from the West as countries in North and South America and Europe began accepting gay marriage as the norm, Asia undoubtedly would have no choice but to acknowledge and accommodate these changes as they have bearings on politics, economics, and culture in the global spectrum; however the pace at which they would change will heavily depend on the eventual shift in public opinion in these countries. In places like Hong Kong, Singapore or Taiwan, the future looks more promising for the eventual acceptance of gay rights among the panoply of human rights.  In the rest of Asia though, legal progress may be much slower to come.