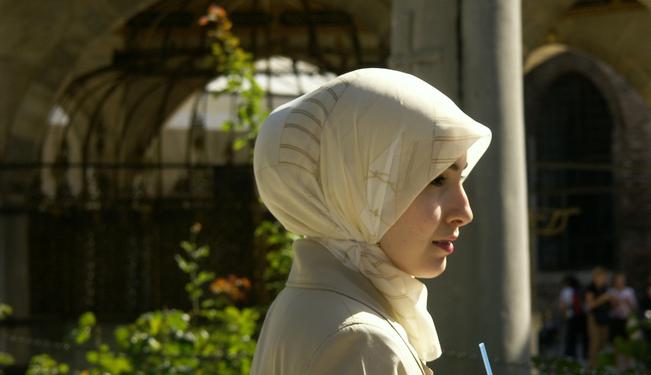 Bettany Hughes' documentary, Divine Women, opened a small but important window into a neglected chapter of Islamic history looking at the role of Muslim women and the lives of Khadijah and A’isha, the Prophet’s wives.

“Forget or ignore them [women] and we impoverish history and ourselves.”

This was one of the concluding remarks that Bettany Hughes gave on her three-part BBC documentary, Divine Women. This remark left me somewhere between feeling a sense of empowerment and weeping for a lost time at the overwhelming realisation that this “forgetting” and “ignoring” is exactly what is happening today. As a Muslim woman and an academic focusing on the role of Muslim women in history, particularly in education, this remark summed up my own observations and struggle.

Hughes’ documentary covered the role of women in religion, ranging from goddesses to rulers, and priestesses to scholars. The final instalment, War of the Words, covered powerful and significant women in the so-called Dark Ages whose influence over religious teachings and law contributed to what Hughes considered a “golden age” for women in religion. From Anglo-Saxon Britain to Qian Ling in China, she showed the impact that the lives of a handful of women had on religion and which carries through to the modern day.

I was particularly anxious and excited for this instalment, not just because I can relate more to an examination of female scholars than of goddesses, but mostly because of the coverage of influential women in Islam. I was admittedly sceptical too. Hughes looked at the role of Khadijah bint Khuwaylid, the first wife of the Prophet Muhammad and the first Muslim, and A’isha bint Abu Bakr, another wife of the Prophet who was also a renowned hadith (teachings of the Prophet) transmitter.

My scepticism lay in the fact that the story of these women has been thrown about in Muslim and academic circles so often and so variably that I feared what was going to be said. Was she going to take a sensationalist slant? Was it going to show these figures as the only important women in Islam, irrespective of Islam’s rich history? Was it going to focus on only one aspect of these women and portray them as two-dimensional versions of what they really were?

Hughes did none of these things and in fact presented an impressive, sensitive, dynamic, contextually aware and touching display of the lives of these women, which is exactly what they deserve. Calling on the Muslim public figure Myriam Francois Cerrah, from the University of Oxford, and global thinkers on the topic, such as Leila Ahmed and Dr. Mohammad Akram Nadwi, Hughes wove a well-informed cloth of the lives of these women and others at the time. Khadijah was portrayed as a woman of intelligence and respectability. Hughes emphasised, without being hyperbolic, that Khadijah chose to marry the Prophet, that their marriage was a partnership and that the first Muslim was in fact a woman. Her role in the bigger picture of the rise of Islam was one of encouragement and moral support.

I was mentally preparing myself for the portrayal of A’isha, knowing that almost invariably the topic of her age would be brought up. Hughes dealt with this with real sensitivity; while acknowledging that a controversy does continue concerning her marriage to the Prophet, she focused on why A’isha is such an esteemed scholar and on her traits of intelligence, strength, and outspokenness. I could almost applaud the way Hughes dealt with this. Not because I want to sweep anything under the carpet, but because there are plenty of other arenas in which to deal with this topic, and to discuss A’isha primarily as “that” wife of the Prophet would strip away her real role as much as a patriarchal reading of Islam would.

Nadwi emphasised A’isha’s vital role in the history of Islam as one of the most important hadith scholars, whose contribution constitutes one quarter of Islamic law. It is also asserted that she was not the only female scholar. Nadwi’s 53-volume work, al-Muhaddithat, is a compilation of biographies of all the female hadith scholars in the history of Islam, consisting of more than 8,500 entries.

One of my only criticisms of the documentary was that while it recognised that other women were scholars, perhaps a figure other than one of the Prophet’s wives could have been discussed, such as Amrah bint Abd al-Rahman or Hafsah bint Sirin, who contributed to the field of Muslim law and hadith. This would have helped illustrate that it was not only through direct association with the Prophet that certain women were deemed important, but also through their contribution to Islam.

It would be difficult to discuss the topic of women in Islam without bringing in current debates surrounding it. Bettany, once again, did this tastefully. While she enthused at the privileged and purposeful role of women that was present in the time of Khadijah and A’isha, she questioned why it has changed. Ahmed argued that one of the main reasons for this was that the fast conquests of neighbouring areas by Muslims resulted in the adoption of the negative attitude towards women that these cultures held. While only brief, this served to be enlightening to the observer. Nadwi’s argument that segregation is not a wholly Islamic concept, could have also stood further discussion. Understandably, however, the documentary had limited time on each topic and therefore, at the very least offered a key insight for keen viewers.

What I found most remarkable though, was subtler. It was not just the informed portrayal of these two key figures in Islam that was striking, but also how Hughes juxtaposed these with other civilisations. It may be easy to think: “obviously other things were going on at this time!”, but one would be surprised at how easily this is forgotten. And without placing the rise of Islam amongst the contemporary events of the rest of the world, we are at risk of belittling the roles that these women played. They were not just women in their homes discussing menstruation and how to properly perform ablutions in preparation for prayers. They were women at the heart of a growing religion, a controversial new civilisation at the point of blossoming into a new empire.

Conversely, Hughes noted that one rarely hears about these women or the rich history of Muslim female scholarship outside Muslim circles. And therefore perhaps, we should nurture future Khadijahs and A’ishas instead of just naming ourselves after them.

Perhaps the Muslim community’s own often filtered reading of Islamic history is to blame for this. The legacy of women in Islam, particularly as scholars, is one that does not need to be exaggerated to benefit from. By assessing Islam’s past and wider history truthfully, as Hughes has attempted, we can learn from these women, not just what they transmitted in Islamic teachings, but also about who they were.
*[A version of this article was originally published by The Platform on April 27, 2012].