From 1983 to 2009, Sri Lanka saw a bloody civil war between the majority Buddhist Sinhalese and the minority Tamils. The conflict led to invaluable losses both economically and politically. To this day, the deep socio-religious wounds have yet to heal on the island in South Asia.

Since the war ended, there have been intermittent episodes of violence between ethnoreligious groups. Although the patterns seem similar, different communities are now involved in the confrontations. The focus has shifted to make Sri Lankan Muslims — who make up around 9.7% of the country’s total population — the new target of extreme Buddhist Sinhalese factions that jumped on the bandwagon of rising Islamophobia.

In Sri Lanka, Muslims are defined by faith, not ethnicity since they are neither Tamil nor Sinhalese. During Mahinda Rajapaksa’s presidential term in office from 2005 to 2015, as well as under incumbent President Gotabaya Rajapaksa, Muslims experienced a rise in Islamophobia. Acts perceived as anti-Muslim include calls, in 2013, by a hardline Buddhist Sinhalese group to boycott halal food items. In 2019, the government banned burqas following the Easter Sunday bombings in which Islamist militants killed 269 people at churches and hotels.

The most serious incidents involving the Muslim community since the end of the war took place in Aluthgama in 2014, Gintota in 2017 and the Ampara and Kandy’s districts in 2018. Acts of violence involved the burning of mosques, the destruction of Muslim-owned property, the displacement of thousands of civilians and the loss of lives.

The brutal attack on Easter Sunday led to, among other things, the draconian application of the Prevention of Terrorism Act (PTA), which increased pressure on an already scrutinized minority. A well-known example of this backlash against Muslims was the case of Mohamed Shafi, a gynecologist at the Kurunegala Hospital. Shafi was arrested in 2019 under the PTA on trumped-up charges of illegally sterilizing Sinhalese women. Hejaaz Hizbullah, a senior lawyer, peace advocate and human rights activist, is currently in detention under the PTA. He has been accused of “aiding and abetting” one of the suicide bombers who attacked churches on Easter Sunday and “for engaging in activities deemed ‘detrimental to the religious harmony among communities.’”

The COVID-19 pandemic has provided the perfect breeding ground for far-right governments to bulldoze the human rights of minorities. In Sri Lanka, Muslims have been the target.

In December 2020, Fahim, a three-wheeler taxi driver, and his wife mourned not only the death of their 20-day-old son, but the forced cremation of his tiny body by state authorities. The newborn was admitted to the hospital, where he passed away after contracting COVID-19. Fahim was denied access to his son’s corpse and, despite refusing to give his consent, the baby was cremated just days later.

That family’s grief was felt by many Muslims across Sri Lanka. Since COVID-19 first reached Sri Lanka in early 2020, the government announced a mandatory cremation-only policy. The government claimed this was to prevent the possible spread of the disease by coming into contact with infected corpses. The policy alarmed Sri Lankan Muslims as cremation is forbidden in Islam. Several petitions and pleas were made by the minority community to allow for the burial of their loved ones. Yet the Sri Lankan state, which has a long history of violence against minorities, refused to change its policy for over a year.

The anguish experienced by Sri Lankan Muslims was by itself a great burden to bear during these unprecedented times. But the state did not hold back on delivering further blows to the community. According to Amnesty International, families were “forced to bear the cost of cremation, typically around LKR 50,000-60,000 (approximately USD270-325), in a year that has economically strained many families.” The human rights organization stated, in December 2020, that many families led a difficult and painful protest by refusing to accept the ashes and making the associated payments required for cremating their loved ones.

In April 2020, Sri Lankan Muslims saw a glimmer of hope when the World Health Organization (WHO) declared that burials were safe. The WHO announced that there is no evidence to suggest that the coronavirus, which causes the COVID-19 disease, can spread from an infected corpse. Meanwhile, in December, top Sri Lankan doctors released a statement urging for the burial of Muslim victims of COVID-19. They stated that “each citizen of Sri Lanka should be allowed to be cremated or buried as per his/her and the family’s desire within the strict guidelines recommended by the Ministry of Health.”

Despite expert opinions and recommendations to allow COVID-19 victims to be buried, the Sri Lankan government claimed that doing so “could contaminate ground water.” In an interview with the BBC, Professor Malik Peiris, a world-renowned Sri Lankan virologist, stated that COVID-19 is “not a waterborne disease.” He added: “I haven’t seen any evidence to suggest it spreads through dead bodies. A virus can only multiply in a living cell. Once a person dies, the ability of the viruses to multiply decreases. … Dead bodies aren’t buried right in running water. Once you bury the body six feet under wrapped in impermeable wrapping, it is highly unlikely it would contaminate running water.”

In January 2021, an expert panel appointed by Sri Lanka’s Ministry of Health revised its initial guidelines by approving either burying or cremating COVID-19 victims. But the minister of health, Pavithra Wanniarachchi, chose to ignore the recommendation. She said in parliament that “the decision to cremate COVID dead in Sri Lanka will not be amended on religious, political or any other grounds.” She claimed a sub-committee said corpses should be cremated.

Sri Lankan Muslims have raised concerns at how the community reacted to the state-sanctioned racism. In January, Sri Lanka’s Muslim Council (SLMC) claimed that more than half of the island’s COVID-19 victims were from the Muslim community. “We have a disproportionate number of fatalities because Muslims don’t seek treatment fearing that they will be cremated if they are diagnosed with the virus after going to hospital,” spokesman Hilmy Ahamed told AFP.

The SLMC and Sri Lanka’s justice minister, Ali Sabry, accused the government of trying to provoke the youth into doing “something rash” by refusing to allow Muslims to bury their dead. There have been no reports of isolated incidents or evidence of young Muslims taking to violence in response.

While Muslims were singled out by the state and Buddhist Sinhalese hardliners, they received support from religious leaders and Sri Lankans of other faiths. Acts of solidarity took place in recent months and many Sri Lankans spoke out against the cremation-only policy. The government, which is losing public confidence over its handling of the pandemic, had been under intense pressure to overturn its decision. Aside from concerned citizens, international bodies such as the United Nations and the Organization of Islamic Cooperation condemned the forced cremations.

On February 22, as the UN Human Rights Council (UNHRC) commenced its 46th annual session, Sri Lanka was in a precarious position. With a backlog of war crimes that remained unaddressed, a UNHRC resolution against Sri Lanka loomed. On February 25, the Sri Lankan government issued its official gazette, finally allowing Muslim and Christian victims of COVID-19 to be buried. 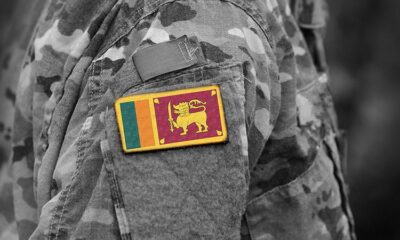 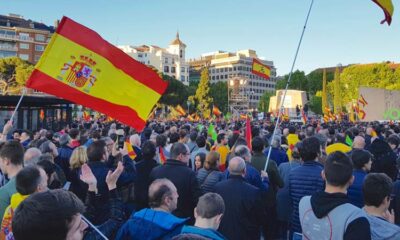