The arrival of Podemos and VOX on the Spanish political scene not only meant that voters had new electoral options. It also led to a new, groundbreaking style that was a change from the stereotypical, uncreative and overused rhetoric displayed by other parties for years.

With Podemos, a left-wing party, Spaniards have become accustomed to phrases that are a break from what they considered old and useless ways of doing politics. This is referred to as “vieja política vs nueva política,” or old politics vs. new politics.

Is a New Style of Politics Coming to Spain?

VOX, a far-right party, brought a wide array of terms to discredit the left and their ideological system. This is a system perceived as involving “ideología de género” (gender ideology), “feminismo supremacista” (feminist supremacism) and “la España Bolivariana” (the Bolivarian Spain). Yet VOX has also attacked the more conservative forces that its supporters describe as “derechita cobarde,” or right-wing cowards.

In addition, VOX has also advocated for a set of national symbols, including the flag, the anthem or the cross. It has also pushed for the historical revival of events such as the Reconquista, the Battle of Las Navas de Tolosa or the Army of Flanders, as well as figures like Don Pelayo or the Catholic Kings. VOX has carefully chosen these subjects to shape its ideology.

As extreme opposites of the political spectrum, both of these parties are examples of the present-day populism in Spain despite their differing linguistic styles. Whereas Podemos often opts for complex rhetoric, VOX has a straightforward way of communicating its message.

It is worthwhile to compare the rhetoric of political leaders in debates or rallies during electoral campaigns and the type of discourse that they or, in particular, their followers use on social media. Supporters of both parties tend to display a higher level of aggressiveness and extremism on social networks, mainly as it is online. Cyberspace is a breeding ground for dogmatic, bigoted and exclusionary language due to perceived anonymity and a presumed lack of accountability that users think they have behind a screen. This is what Claire Hardaker, a lecturer at Lancaster University in the UK, calls the “Gyges effect,” even when people use their real identities.

The presence of “virtual communities” whereby people around the world have the possibility to communicate in a many-to-many context, coupled with the endless possibility of what the internet offers, has redefined the feelings of inclusion or exclusion and increased the wish to belong through participation in cybermobs. All these features are related to the concepts of group salience and polarization that favor the ignition and propagation of online hostility.

The divisive language on social media in Spain, particularly on Twitter, over the last few months of 2019 reached levels not found before. This was mainly due to two reasons: the Catalonian independence process and the exhumation of the late dictator Francisco Franco’s corpse. Both events might seem unrelated, but they are actually connected. On the one hand, many of those opposed to exhuming Franco were also against Catalonia’s right to self-determination and independence from Spain. On the other hand, many who backed it are often supportive of Catalonia’s claims.

The binary construction of the world into “us vs. them” tends to enhance (or create) intergroup bias, with the ultimate goal of reinforcing in-group bonds and ties. More specifically, it leads to fairly homogenous groups of supporters and opponents. Yet on this occasion, and due to the events aforementioned, Spanish society has become more polarized and the division has resulted in two sides that are no longer considered opponents but enemies.

In relation to Catalonia, the referendum over the region’s status in October 2017, and the subsequent declaration of independence issued by the Catalan parliament — which was suspended by the Spanish government — have drawn a line between two Spains on a topic that does not hold the possibility of seeing an amicable solution.

Two sides have thus been established: traitors or patriots. The lexical choices made by both factions to label each other have revealed their ideological basis and the pillars of their stances showing two incompatible perspectives. Pro-independence supporters have used the term “fascist” to refer to Spain, in addition to “political prisoners,” “exiled politicians” and “occupation forces.” The far right has described the situation with phrases such as “terrorism,” “enemies of the country” or “separatism.”

The historical event that still divides speakers of both sides is the Spanish Civil War of 1936-39, even though most of them were not alive to see that conflict. In relation to Franco’s exhumation, the war was essentially resurrected on Twitter using the imagery of sports that had been previously referred to by George Lakoff and Mark Johnson in 1980 as one of the basic conceptual metaphors.

The fact that Franco’s corpse was exhumed in 2019 — casting aside the political reasons of both sides for or against this — was perceived as a victory by supporters on the left. For followers on the far right, they were reminded that whatever they do with Franco’s corpse, the right would always be the “winner” of the war and that that fact could not be erased.

In the Spanish general election of November 2019, VOX historically won 52 parliamentary seats for the first time. Thousands of its supporters gathered outside party headquarters to celebrate while singing “A por ellos” (go for them). No one, either from the party or its supporters, clarified what was meant by “them.” That kind of exclusionary discourse that fosters the division, enhances the difference and deepens the irreconcilable views is the last thing Spain needs at a time of instability. 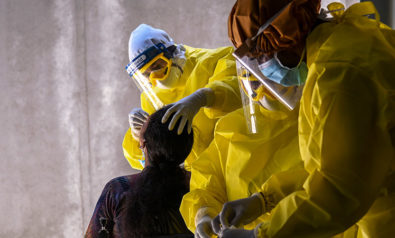 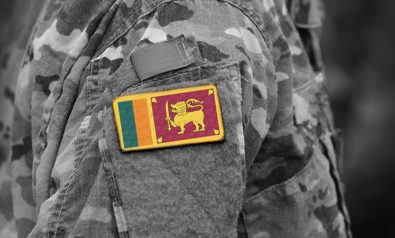