In terms of numbers, India ranks the third worst after the US and Brazil when it comes to COVID-19 infections. At the time of publishing, the country has recorded over 12.3 million confirmed cases and more than 163,000 deaths. The BBC reports that India is facing a “severe, intensive” second wave of the pandemic. The situation in states like Maharashtra, Gujarat and Punjab has reached alarming proportions.

Last year, Indian Prime Minister Narendra Modi imposed a stringent lockdown that brought economic activity to a shuddering halt. This lockdown led to a dramatic contraction of India’s GDP by 23.9% in the April-June 2020 quarter. The economy recovered somewhat in later quarters, but it experienced a recession in the 2020-21 financial year for the first time in 25 years.

Arguably, the lockdown was a success in preventing a rapid spread of COVID-19 last year. In percentage terms, India did not do too badly. After all, it has nearly 1.4 billion people in contrast to the US population of 330 million. The daily new cases in India dramatically declined until recently when the second wave hit the country. Thanks to a young population and public health measures, India experienced a remarkably low mortality rate.

India has low per capita income and poor health care facilities. So, its achievement in controlling the COVID-19 outbreak has been hailed by many public health experts, including the World Health Organization (WHO). In January, India launched a massive vaccination program to fight the pandemic. This was possible because the country has a track record of mass vaccination and massive vaccine production.

Indian manufacturers supply more than 60% of the world’s vaccines against diseases like polio and measles. Early on, the country began mass production of two COVID-19 vaccines: Covishield and Covaxin. The Serum Institute of India (SII), which partnered with the University of Oxford and AstraZeneca, had already produced and stocked approximately 70 million Covishield doses even before India granted emergency approval to their vaccine.

On January 16, India launched an ambitious plan to vaccinate around 300 million people by June. The world’s largest vaccination program focused first on those with high vulnerability to the coronavirus. First on the list were health care workers. They were followed by those who were 65 years or older. This ensured that the vaccine was not monopolized by the richest sections of Indian society.

As vaccinations have increased, the Modi government has eased restrictions in the country. Crowds have gathered at large weddings, sporting events and festival celebrations. The government lifted restrictions to stimulate economic activity. A poor country like India with a large population could not afford a lockdown for too long. However, the easing of restrictions has not only led to increased economic growth, but also rising cases of COVID-19 infections. India faces a tough balancing act between stimulating economic activity and curtailing a pandemic.

During the pandemic, India has embarked on an ambitious foreign policy initiative. Modi announced the Vaccine Maitri initiative to supply COVID-19 vaccines to other nations only four days after India began domestic vaccinations. With the world’s largest manufacturer of vaccines, India has shipped approximately 61 million doses to 84 countries, which have included free batches. It has pledged 200 million doses for the WHO’s COVID-19 Vaccines Global Access (COVAX) initiative to ensure vaccines for 92 low and middle-income countries.

India began its vaccine diplomacy by distributing doses to its immediate neighbors: Nepal, Bangladesh, Sri Lanka and the Maldives. The country has also exported vaccines to faraway places such as the Caribbean, where the likes of Barbados, Dominica and Jamaica have benefited from Indian aid. Leaders of countries such as Brazil and Antigua and Barbuda have publicly thanked Modi for his country’s generosity.

As per some foreign policy experts, India’s vaccine distribution is a diplomatic masterstroke. It helps the country gain goodwill and increase its soft power. It could lead to a more peaceful neighborhood. In the future, India might win much support, strengthen its claim to a permanent seat at the UN Security Council and emerge as a great world power.

Vaccine diplomacy might be giving a rare chance to counter China, which has launched the Belt and Road Initiative to increase its global footprint. For decades, China has backed Pakistan and, for the last few years, has increased its presence in Myanmar, Bangladesh, Sri Lanka and Nepal. With Chinese influence growing in India’s closest neighbors, the country has understandably become anxious.

In June 2020, Chinese and Indian troops engaged in a bloody hand-to-hand combat with many dying in the process. Since that clash, relations between India and China have been fraught. India has banned over 200 Chinese apps and restricted Chinese investment into the country. COVID-19 has given a unique opportunity to India — the “pharmacy of the world” — to compete with China. By shipping vaccines to low and middle-income countries, India is gaining influence at the Chinese expense whose vaccines have been questioned by Western media.

Rich countries have failed poorer ones because they have focused on domestic programs. Unlike India, the United States, the European Union and the United Kingdom are focused completely on vaccinating their domestic populations. India’s generosity is unique and might lead to long-term gains.

However, there is a counterargument that India has been premature in kicking off vaccine diplomacy. It did so before setting its own house in order. According to the Johns Hopkins Coronavirus Resource Center, as of April 2, India has administered nearly 69 million doses, fully inoculating only 9.6 million people. That is just 0.71% of its population. India’s focus should have been getting every one of its citizens vaccinated instead of basking in complimentary tweets from foreign leaders. Such goodwill might turn out to be very transient.

Recently, India has slowed down its vaccine exports and speeded up its vaccination program. The government has now enrolled private hospitals in its vaccination drive, and everyone above the age of 45 is now eligible for the vaccine. Modi himself got vaccinated on March 1, boosting public faith in COVID-19 vaccines and increasing their uptake nearly four-fold. It seems that the government is paying attention to its critics.

Time will tell whether India’s vaccine diplomacy was a bold masterstroke or an unwise distraction. It reveals that there are no easy choices for any nation during a raging pandemic. 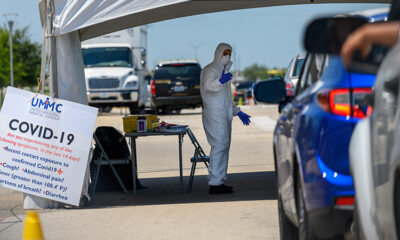