Universities are meant to promote public good through teaching and research—they must be protected from party politics.

Ever since the Bharatiya Janata Party (BJP) rode to power in 2014, there has been growing unease within India’s academic community, where the last vestiges of the Nehru dynasty are alive and kicking. The sense of frustration with the new government has only heightened with a series of controversial appointments to some of India’s finest universities and academic institutions. If one scrutinizes the political and ideological backgrounds of these men, they cannot help but notice that the new government has started to refashion the country’s intellectual discourse—discourse that has marginalized those who find themselves on wrong side of the ruling establishment.

These appointees are men whose only merit lies in their ideological proximity to Prime Minister Narendra Modi. Some of them even publicly declared their allegiance to Modi or the BJP well before the 2014 general election, praising him in their writings and speeches. So, it should come as no surprise that these very people were generously rewarded for their loyalties once the BJP took over the reins.

Past Assaults on India’s Academia

This isn’t the first time that the autonomy of India’s academic institutions has been compromised. One only needs to be reminded of the days when the Indian National Congress (INC) ruled India and when the Communist Party of India ran the states of West Bengal, Kerala and Tripura.

Ramachandra Guha, a distinguished historian, claims that the Indian left has consistently interfered in university appointments in both Kerala and West Bengal. In fact, in West Bengal, the left-wing government of Jyoti Basu had acquired such an astonishing degree of control over higher education that no critic of Marxism stood a chance of becoming the vice-chancellor of Calcutta University, let alone holding a senior faculty position.

Congress, which ruled independent India for over four decades—only briefly interrupted in the late 1970s—had a history of meddling with university appointments. It is no less guilty than the incumbent BJP-led government of violating academic autonomy and of attempting to turn India’s universities into vehicles of indoctrination. If the Nehruvians, the left-liberals and the doctrinaire Marxists had a field day when governments favorable to them were in power, it is the right-leaning academics and reactionaries who are now basking in the patronage of the ruling party. This is the sad state of affairs in India, one that that does not augur well for higher education and research in the country.

The state of university education in India

The debate over academic autonomy is this: What purpose should a university serve? Is a university merely meant to manufacture graduates and professionals for the job market?

Sadly, that is what India’s best institutes and universities have degenerated into: Factories producing hundreds of thousands of graduates year after year with scarcely any concern for promoting cutting-edge research or stimulating innovation. This is testified by the country’s abysmally poor showing in the leading world university rankings for 2015, with not a single Indian university featuring in the top 100. If that isn’t disappointing enough, another recent study states that India lags behind Kenya in research, a country whose per capita income is almost half of India’s. If these studies aren’t a wakeup call, what will be?

The world has heard numerous success stories of Indians going abroad and making a name for themselves—the likes of Microsoft CEO Satya Nadella and Google CEO Sundar Pichai are all too familiar. But if there is anything to blame for this so-called brain drain, it is the appalling state of Indian universities and the higher education policy that have turned them into islands of mediocrity, when they should have been cultivated as oases of excellence where new ideas are incubated and bold experiments undertaken. The situation is made even worse with most Indian universities becoming victims of identity politics and bureaucratic interference.

However, these are not the only ills that cripple the country’s university system. Funding is another major issue. Many universities receive the bulk of their cash from the University Grants Commission (UGC), an agency that is vested with the twin responsibilities of providing funds and maintaining standards in institutions of higher education in India. Avenues for alternative sources of funding do exist, but few Indian universities have taken the initiative to exploit them to the fullest.

Perhaps they could learn a few lessons in fundraising from some of America’s finest universities like Harvard and Princeton, both of which receive generous donations from their alumni. These donations can be a vital source of capital for any university. These funds can be used to meet the growing infrastructural requirements of colleges and for organizing academic seminars and workshops.

It is high time India’s universities figured out ways to get their alumni to contribute to their alma mater in a meaningful way.

Universities also need to reform their fee structures and bring them in sync with the times, so they have a substantial pool of resources dedicated to creating world-class research facilities for young scholars. India still has universities where annual tuition fees barely reflect the rate of inflation.

Some of these measures may prove to be unpopular in a country like India, where protests erupt at the slightest mention of reform. But when have reforms ever been supported by everyone in society?

Going to the Dogs

The purpose of a university is to promote public good through teaching and research. To achieve these objectives, it is imperative that they are insulated from the vicissitudes of electoral politics.

Many attempts have been made to rob Indian academic institutions of autonomy and freedom. The Modi government is only carrying forward the legacy bequeathed to it by past administrations. Seen in that context, it is unsurprising that some of the government’s cronies have been rewarded with plum posts as vice-chancellors and directors of India’s premier universities and academic institutions.

The left-liberal intelligentsia, groomed in the classic Nehru tradition of secularism, socialism and democracy, is now getting a taste of its own medicine. And at the same time, universities are going to the dogs. 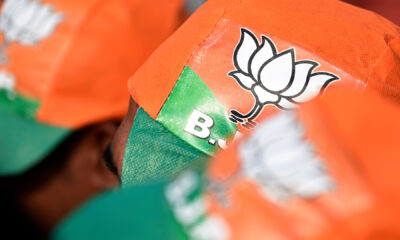