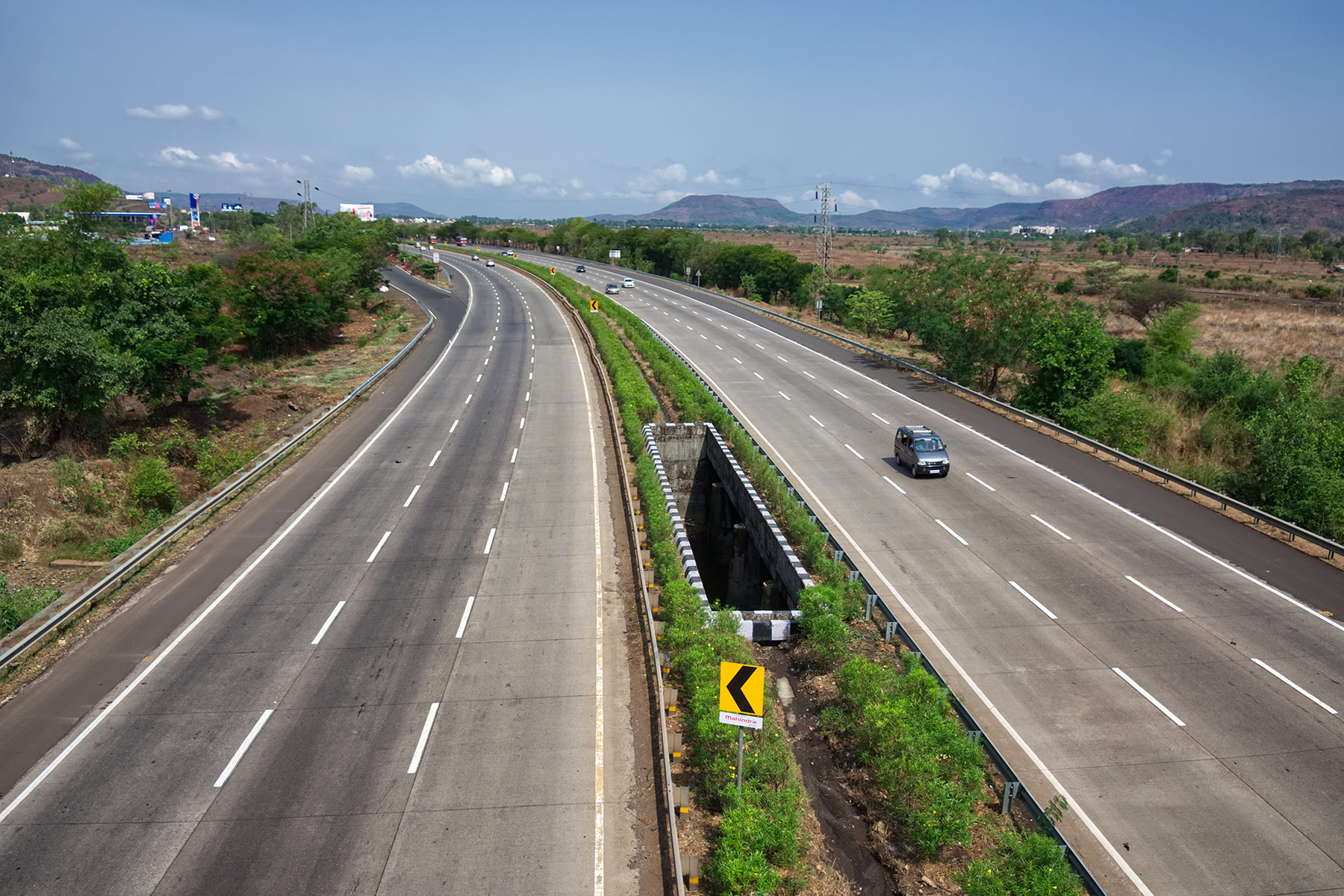 When experts look back at the early 2000s, they will observe that India embarked on a construction spree to develop its transport infrastructure. The country is emulating what the United States and Europe did in the previous century and what China and East Asia have done more recently. Traditionally, India focused on railways. For the last 20 years, roads have been the priority. Now, the country is also focusing on its 116 rivers and long coastline to develop commercial waterways.

As is well known, various factors contribute to a nation’s development. The most fundamental is the availability of food and water for the population. Here, India has had some success since its independence in 1947. In health care and education, India can and must do better. India also needs to improve safety and security for its citizens and improve the rule of law. The factor most important for India’s development is perhaps transportation because it has the greatest multiplier effect on the economy. As a result, transportation has the greatest potential to improve the lives of ordinary citizens.

360° Context: The State of the Indian Republic

Transportation infrastructure, such as railways, roads, air traffic and waterways, are the arteries of a country’s economy. The German economy was built on the backbone of an outstanding railway system and the legendary autobahn. The US is knit together by a crisscrossing network of freight trains, interstate highways and airports. Advanced economies like Japan, South Korea, Switzerland and the Netherlands are known for their evolved infrastructure.

In recent years, China has set the standard for implementing infrastructure at a scale and speed unprecedented in history. Most economists credit spectacular rates of economic growth to Chinese investment in infrastructure. India is betting that building good infrastructure will boost growth, create jobs and raise the standard of living for hundreds of millions.

According to a 2018 report by NITI Aayog, the premier policy think tank of the Indian government, 59% of all freight in India is transported by road, 35% by railways, 6% by waterways and less than 1% by air.

India’s highway network is inadequate for the country’s needs. Highways comprise 1.94% of India’s total road networks but carry a staggering 40% of total road traffic. This means that not only do they suffer high wear and tear, but transportation continues to be a big bottleneck for the economy. It is little surprise that India is finally investing in transport infrastructure.

After independence in 1947, India underinvested in infrastructure. Two centuries of colonial extraction had left the country with limited resources and almost unlimited public needs. In its early years of independence, India struggled to feed its masses. There was little money to build railways, roads, ports, airports and transport infrastructure.

India also lacked the expertise to build such infrastructure at scale. Planners, engineers and skilled labor were all in short supply. The nation did not have enough knowledge of transport technology either. There was another challenge in a densely populated democratic country. Infrastructure projects result in the displacement of large numbers of people. Many resist, others negotiate hard and still, others approach their local politicians who start resisting these projects to win votes.

India’s varied geography also imposed daunting challenges for developing infrastructure. Largely flat countries like Australia and France could focus on railways, which run twice as long as their roads. Mountainous countries like South Korea and Japan have built more roads than railway lines. While plains and plateaus in India are crisscrossed by railway lines, roads are the means of transportation in its extensive mountainous regions.

Over the last 20 years, India’s focus has shifted to roads. This began under the coalition National Democratic Alliance (NDA) government led by Atal Bihari Vajpayee of the Bharatiya Janata Party (BJP). Although this government lost the 2004 election, NDA’s vision set in motion transport infrastructure development. In 2014, the BJP-led NDA returned to power and accelerated the building of highways across the country.

NDA-initiated highway construction was kickstarted by the Golden Quadrilateral, a project connecting India’s four biggest cities: Delhi, Mumbai, Chennai and Kolkata. This boosted economic growth. Since NDA returned to power, India has embarked on Bharatmala Pariyojana, an ambitious project to connect the entire country through a network of highways like the fabled interstate highway system of the US. Even remote regions such as the northeast and Jammu and Kashmir will be covered.

In the past, India did not measure highways as per international standards. This meant their growth could not be measured and compared easily. To quote management guru Peter F. Drucker, “If you can’t measure it, you can’t improve it.” Since 2018, the measure of highway length in India has been aligned with international standards. While impressive figures on the growth of national highways have been published, their interpretation now is clear and consistent.

The oldest civilizations have originated and flourished near major rivers for a simple reason. They provide fresh water, a fundamental human need. Rivers also provided an easy way to travel and transport goods before the advent of roads and railways. Even today, commercial transport of goods via rivers, lakes and oceans continues to cost less than via land. While container ships regularly carry goods across the high seas, most countries no longer use their rivers very well. The US, Australia, Japan, Russia and China are among the few countries that use their rivers and inland waterways well.

India has 116 rivers. Potentially, these could provide 35,000 kilometers of waterways and should be tapped. The government set up the Inland Waterways Authority of India in 1986 for “development and regulation of inland waterways for shipping and navigation.” In spite of tremendous cost advantages, waterways’ commercialization received little attention over the next 30 years. In 2016, the NDA declared 111 rivers across India as national waterways, a quantum leap up from five. By 2020, the government operationalized 12 of these waterways. The journey to suitably develop the remaining 99 will be a long and expensive one. However, this investment will cut logistics costs tremendously in the long run and boost India’s competitiveness.

Gadkari points out that the cost of logistics in India is 18% of the total cost of production. For China, this figure is 8-10%. Notably, waterways account for 47% of total transportation in China, compared to 3.5% in India. As waterways develop, so will commercial activity along their banks and lead to job creation.

India has another major underutilized natural resource. It has a long coastline of 7,500 kilometers spread across 14 states. To develop ports and coastal transportation, the government has launched the Sagarmala project. This could achieve what the Golden Quadrilateral did for roads in the past. By 2025, the government aims to increase the share of waterways transportation from 3.5% to 6%, reducing logistics costs, boosting exports and generating 4 million new jobs.

About 53% of India’s population is under 25 years of age and many of them need jobs. Employed young people are more likely to send their children to school. They are likely to eat better and live longer. So far, India’s growth rate has not exceeded the job creation rate. For social and political stability, the government needs to create jobs.

While India’s economy continues to grow, the pace of growth does not match the employment needs of India’s young population. Building infrastructure is one of the best ways to generate employment because of its massive multiplier effect in an emerging economy like India. The country needs competent ministers and bureaucrats with domain expertise such as Gadkari. Key ministries overseeing power and finance in New Delhi and India’s state capitals should emulate this model.

Along with building infrastructure, India must reform its arcane laws of colonial and socialist heritage to boost economic activity. The government must also reform education and vocational training in collaboration with industry to raise the skills of the workforce, improve employability and increase productivity. This is a tall order, but if India can get its house in order, then domestic and foreign investment would flow in. Then, the country would finally be able to join the Asian tigers as one of the world’s fast-growing economies.

What Ails Corporate Governance in India?

India’s Police: An Instrument of Injustice

Indigenous Communities Can Counter Naxals and Protect Forests in India

The State of the Indian Republic