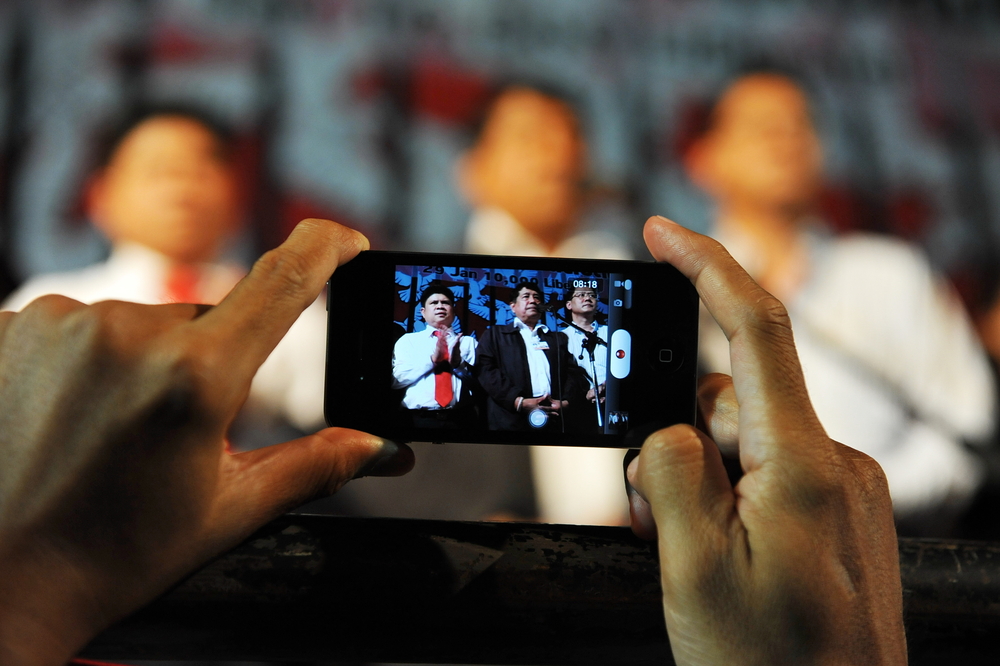 Democracy in Thailand cannot be realized until the elite favor rule of law over rule by law.

Thailand is a political mess. For the fourth time since 2006, against the will of the majority electorate, an elected prime minister has been forcibly removed from office. The “Thai political crisis,” as it is often labeled, is nevertheless a misnomer. A political crisis, by definition, is when conflicting parties must make consequential decisions in a short period of time with limited information.

Thailand’s conflicting parties are indeed making consequential decisions but not within a short period of time, and not with limited information. Although leaders on all sides share responsibility for the country’s political chaos, the most important factor influencing the decade-long political conflict is Thailand’s intransigent elites.

All too aware of their recent political decline, these elites are quite savvy about the strategies that have served them in the past. A Nietzschean pattern of eternal recurrence (from which there is no escape) has set in. Thai aristocrats are yet again championing “political reform” to refashion the rules of the political game. Don’t be misled by their stated goal: to remove “Thaksin influence” from Thai politics. Rather, the same elites who orchestrated Thailand’s most current constitution now desire to tinker with basic law all over again. Based upon past episodes, one wonders if Thailand’s elite is for genuine political reform or perhaps something else.

Like the self-important aristocrats in Alexis de Tocqueville’s post-revolutionary France, Thai elites cannot countenance the concept of new governance. Electoral democracy threatens their traditional position and has done since the 1970s, when popular demands for genuine democracy intensified. As a defensive measure, they have adopted for themselves an unwritten constitution. In addition to plotting military coups, clamoring for royal intervention and manipulating court decisions to stave off such demands, a long record of reengineering basic law for political expediency stands as a key indicator of the elite’s reactionary designs.

Thailand has adopted 18 constitutions since it abandoned absolute monarchy in 1932. Its constitutional instability is defined by two historical phases. During the first phase, from 1932-1972, Thai constitutions were generally drafted by one set of elites only to be repealed by the next set of elites who seized power — a pattern scholars refer to as “factional constitutionalism,” or “rule by law” not “rule of law.”

During the second phase since the mid-1970s, however, intra-elite tussles over the right to make the rules have been pushed aside by a more modern political struggle: one between popular forces pressing for representative democracy and the rule of law (on one side), and conservative elites wary of parliamentary supremacy and any constraints imposed on them by basic law (on the other side).

This second phase of constitutional neurosis began during a tumultuous three-year period of democratic rule that began in 1973. Following mass protests led by students, and royal intervention to forcibly remove a dictatorial military regime, Thailand launched a new experiment with liberal democracy, one with the welcome support of many progressive-minded elites.

Thailand’s elite can save democracy in Thailand, but only by abrogating their unwritten constitution and favoring the rule of law over rule by law.

After a new democratic constitution led to free elections and unprecedented forms of political participation and openness, a brutal right-wing response crushed Thailand’s neophyte democracy in 1976. The polarizing politics of Cold War Southeast Asia proved too risky for Thailand’s traditional elites. With the blessing of the king, military generals dismissed parliament and resumed rule by law with unlimited executive and lawmaking powers under a new coup-drawn constitution. A post-coup reformed constitution in 1978 reopened the door for an elected assembly but included carefully designed elite checks on elected officials, such as a more powerful unelected Senate and a ban on political parties.

In 1988, a party with a political base outside of Bangkok won the plurality vote in a general election after General Prem Tinsulanonda stepped down as prime minister. Its party leader, Chatichai Choonhavan, became the first civilian prime minister in over a decade. What followed provoked Thailand’s illiberal elites to once again use their self-styled unwritten constitution in service of their interests.

While critical to Thailand’s economic trade and infrastructure projects, Chatichai’s crude sensibilities and thirst for kickbacks offended Bangkok’s elite. To deal with Chatichai, Thai elites proved too impatient for any electoral or judicial remedy. In early 1991, citing a “parliamentary dictatorship,” and the emergence of “unusually rich” cabinet members, Thai generals staged another coup and reestablished elite control over the governing structure.

Following more “political reform” and a controversial drafting process, yet another constitution emerged in 1991 with language consenting to the legitimacy of the coup itself. When coup leaders sought to use elections to stay in power, however, a new political crisis erupted, marked by massive pro-democracy demonstrations in Bangkok aimed at preventing military leaders from capturing parliamentary power. Following a violent military crackdown on protestors, another royal intervention resulted in an appointed transitional government led by a Bangkok business leader until new elections could be held.

The Regrettable Loss of the 1997 People’s Constitution

As with the 1991 coup, Thailand’s most recent coup in 2006 resulted in charter instability. In one of its first acts, announced almost immediately upon seizing power, coup leaders abrogated the 1997 constitution, commonly known as the “People’s Constitution.” This document — the most legitimate, inclusive and democratic constitution in Thai history — was drafted following a lengthy nationwide effort to gather input from social groups, organizations and stakeholders outside the traditional bureaucratic elite. Joining everyday Thais who put their hopes in the new charter, foreign analysts and constitutional scholars likewise heaped praise on the People’s Constitution for its popular legitimacy and its potential to create a stable and genuine liberal democratic order. The final draft passed overwhelmingly in the National Assembly — 518 of 551 votes cast favored adoption.

Because of new measures designed to inhibit party factionalism and strengthen larger parties, many elites viewed the 1997 constitution as the vehicle by which their preferred party, the Democrat Party, could finally overshadow smaller, personality-based parties. They also believed a new provision for party-list ballots would help them get once unelectable technocrats into the parliament. Thai elites shared with others the sense that the People’s Constitution would endure.

The 1997 Constitution: Dismissed So Quickly?

Subsequently, under electoral framework of the 1997 constitution, the Democrat Party suffered in head-to-head elections with Thaksin’s new party. Democrats went from controlling 32% of the seats in the Lower House in 1996 to only 16% by 2005. The Democrat Party’s decline correlated with the rise of Thaksin’s party machine.

After recognizing their inability to dislodge Thaksin through electoral politics, Thai elites thus rejected the 1997 constitution and turned, yet again, to their trusted unwritten constitution. As part of the royally-sanctioned 2006 coup removing Thaksin, they made quick work of the charter they once praised but now despised. Even as they accused Thaksin of exceeding constitutional powers and violating its principles, they endorsed his removal by non-constitutional means. The new coup thus provided elites with the opportunity to follow the provisions of their unwritten constitution and to reform, once again, the ever-pliable basic law of Thailand. Like many others before it, the constitution in effect today was drafted by carefully vetted elites following a coup, in this case the 2006 coup. Although it retained some aspects of the 1997 constitution, the 2007 constitution resembles other post-coup charters designed to enhance bureaucratic and elite power. Its legitimacy remains suspect because it barely passed a national referendum, and only after the military junta threatened to keep its cronies in Government House if voters rejected it.

Today, the 2007 constitution no longer satisfies many of Thailand’s aristocrats who put it in place. Together with anti-Thaksin protestors from the urban middle-class and Democrat-rich constituencies in the south, Thailand’s elites are calling yet again for more political reform, and ever more constitutional reengineering.

So, what is the real face of political reform? Is it to save democracy, or is it a means to preserve an unwritten constitution that provides no constraints on elite paths to power?

Thailand’s aristocrats find themselves weaker today than ever. The unwritten constitution they employ to maintain political relevance is dangerous to political order and exhibits contempt for rule of law. More than 80 years since the arrival of constitutional monarchy, calls by the elite for more political reform in 2014 simply reverberate as echoes from the past. We have seen this episode before.

This tired game of “political reform” grows more transparent over time to those who value the fundamental principles of constitutional democracy. How many times has the international community been told by Thai elites that to “save democracy” there is an urgent need for a military coup, to boycott an election, or for another court-ordered removal of a political party or prime minister? Why does the international community now collectively roll its eyes each time Bangkok’s headstrong elites cry out “parliamentary dictatorship!” or “policy corruption!” whenever elected officials act against their interests? How many more “final battles” of well-healed protestors shutting down roads, airports and government buildings will it take before basic law is actually respected and followed by those leading the protests?

Rather than constantly trying to win by changing the rules, or by simply overriding them, it is perhaps time that Thai elites learn how their counterparts in successful democracies gain and exercise power — by moderating positions, listening to majorities, wooing voters from all classes, and donating money to electable candidates and parties. Elites in functioning democracies also demand a professionalized military and hold all state officials to the constraints of the rule of law, including their generals, judges and heads of state.

Thailand’s elite can save democracy in Thailand, but only by abrogating their unwritten constitution and favoring the rule of law over rule by law.