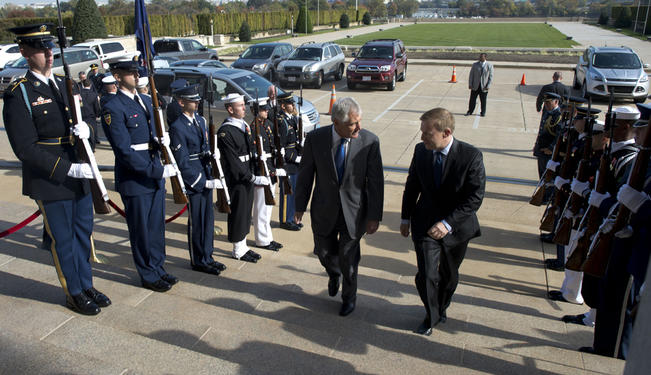 New Zealand must tread carefully between China and the US.

US-China relations will play a key role in shaping the Asia Pacific in the 21st century. Meanwhile, New Zealand faces the challenge of harnessing its improved ties with both superpowers to bolster forces of integration over those of divergence in the region.

The Asia Pacific has become the most dynamic area in the world and a key driver of global politics. Asia contains almost half the world’s population and is home to the fastest-growing economies, including China and India, which are expected to be the leading economies by 2050.

Over the last three decades, New Zealand has been redefining itself and its standing in the global community. This reappraisal involved a move toward economic integration with the countries of the Asia Pacific region. The end of the Cold War and the process of deepening globalization have only served to accelerate this trend.

Today, 14 of New Zealand’s top 20 export markets are in the Asia Pacific, including the two largest economies in the world — the US and China. Altogether, 70% of New Zealand’s trade and investment occurs within this region.

While New Zealand has generally endeavored to develop its ties with Asia Pacific, it has been particularly successful during the 21st century in forging strong relationships with each of the superpowers in the region.

In 2008, New Zealand and China — 36 years after establishing diplomatic relations — signed an FTA. It was the first time that a developed Western country had signed such an arrangement with China.

During last August, there were allegations over the possible contamination of infant milk powder exported by Fonterra, which was later proven to be false. Despite some anger in Beijing, there has been a dramatic increase in New Zealand-China trade; it has been generally marked by strengthening bilateral relations and a steady rise in tourism, education, cultural and sporting exchanges.

Meanwhile, it is probably not a coincidence that New Zealand’s relationship with the US has reached new highs. Previously, during the mid-1980s, political and military ties between Wellington and Washington sharply declined after the fourth Labour government adopted a non-nuclear security policy.

The events of 9/11 and the rise of China transformed the dynamics of New Zealand-US relations and paved the way for developments, such as the 2010 Wellington Declaration and the 2012 Washington Declaration, that signaled the resumption of military cooperation between the two countries.

In 2012, the New Zealand Defence Force (NZDF) hosted 100 US marines and engaged in joint military exercises and, in 2013, US Secretary of Defense Chuck Hagel announced that a New Zealand military ship would be permitted for the first time in more than 30 years to dock at Pearl Harbor for RIMPAC 2014, the world’s largest international maritime defense exercise.

With a significant improvement in ties with Washington,, New Zealand is closer to realizing its long-term goal of an FTA that encompasses the US — which has long been a major destination for New Zealand exports — through the 12-nation Trans-Pacific Partnership (TPP) talks.

The TPP deal would embrace 800 million people and roughly one-third of global trade, but does not involve China. It is projected to conclude during the first half of 2014.

According to New Zealand Trade Minister Tim Groser, the proposed deal will benefit New Zealand and boost exports annually by $5 billion. However, critics argue that the activities of the country’s state-owned drug-buying organization, Pharmac, could be compromised by the terms of a TPP agreement.

To date, New Zealand diplomacy has managed to reinvigorate the relationship with the US without compromising the country’s non-nuclear policy or growing links with China.

But if Wellington wants to sustain the broad goal of economic and security integration in the Asia Pacific, it will have to tread carefully between the superpowers.

Above all, New Zealand diplomacy must avoid actions that further exacerbate US-China rivalry in the region. This is a manageable but difficult task.

It is difficult because there are signs that the very momentum of New Zealand’s relations with the two superpowers has sometimes run ahead of the Key government’s capacity to control them.

There have been claims, for example, that Wellington officials did not consistently and effectively communicate with their Chinese counterparts in addressing issues arising from new paperwork requirements for New Zealand meat consignments or the Fonterra botulism scare.

Moreover, in the face of recent concerns over the “Five Eyes” intelligence sharing arrangement, bland statements by Prime Minister John Key and Defense Minister Jonathan Coleman did little to reassure China and other countries. Many questioned whether New Zealand’s participation in this arrangement aligned with Wellington’s claim that it ran a principled and independent foreign policy.

Nevertheless, despite the difficulties, New Zealand’s emphasis on multilateralism and a rules-based international order is increasingly in sync with a globalizing world.

In the Asia Pacific, no country, however powerful, can unilaterally guarantee its own economic or security interests. This point applies not only to the US, but also to rising powers like China and India

It is vital, therefore, for New Zealand and other like-minded smaller countries to continue to promote the need for the two superpowers to work cooperatively on regional and global issues.

It is important, for example, that New Zealand reminds Washington that any agreement reached should be seen, in the words of Trade Minister Groser, “as a building block for an entire Asia Pacific zone of trade and economic integration” that will have to include China in the future.

Of course, superpowers like the US and China remain largely in denial about the growing constraints of interdependence in the contemporary era, while New Zealand and other countries will come under pressure to side with one superpower against another. China’s recent declaration of an “air-defense identification zone” that extends over disputed islands in the East China Sea could be a catalyst for the intensification of such pressures in the region.

However, New Zealand must remain resolute and nimble in the face of such pressures. To China, New Zealand must convey that it is a friendly but independent democratic country that is unwilling to be an extension of the US. To the US, New Zealand must signal that it shares a commitment to democratic values and human rights, and is willing to raise these issues when dealing with the leaders of China’s one-party system.

We should not exaggerate New Zealand’s diplomatic clout here. But it has a growing stake in the Asia Pacific, and should use its good standing with both superpowers to support those voices that support dialogue rather than confrontation in this region.

*[This article is based on an earlier version published by The Dominion Post.]