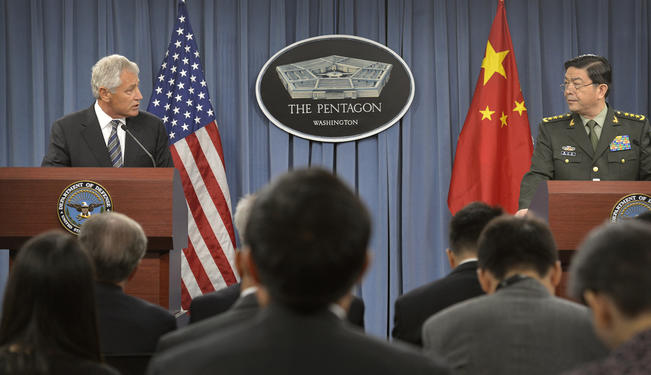 The US and ASEAN share the goal of a stable regional environment.

A little over two years ago, in a speech at the Australian Parliament, President Barack Obama announced a major shift in US foreign policy. After a decade of costly, bloody wars in the Middle East, Washington would now be turning its attention to the "vast potential of the Asia Pacific region."

The reasoning for this shift was presented in an uncharacteristically blunt fashion. Asia Pacific, with its lion’s share of global economy, is critical to advancing American prosperity. The ultimate goal, however, is significantly broader: advancing "security, prosperity and human dignity across the Asia Pacific." As Obama stated, the region will play a major role in defining what the world will be like in years to come, whether it will be defined by conflict or peaceful cooperation.

For that reason, the US seeks long-term engagement in the Asia Pacific in a manner that would be deeper, strategic and sustainable. To this end, US defense posture in the region is being reshaped against this benchmark. Existing commitments to Japan and the Korean Peninsula are to be maintained, while US engagement in Southeast Asia undergoes a significant increase, primarily through cooperation on country-specific issues and reengagement with regional organizations.

At the same time, as President Obama proclaimed, the US is poised to build a cooperative relationship with China, whose peaceful rise he considered to be in the interest of every nation in the region.

Two years later, how is this grand strategy faring and how is Southeast Asia responding to the rebalance?

The rebalance has achieved some of its goals. The US has officially reengaged with Myanmar by sending an ambassador to Yangon after 22 years. It also opened the first non-ASEAN permanent mission to the Association of Southeast Asian Nations (ASEAN) based in Jakarta. A plethora of programs designed to deepen US-ASEAN relations have been rolled out and are being implemented. On the defense side, the US has continued to strengthen bilateral engagement and participation in multilateral mechanisms such as the ASEAN Defense Ministers Meeting.

While concrete gains have been made, ASEAN member-states are always in need of reassurance that the US will not abandon its newfound commitment to the region. However, they also know that under the shadow of a rising China, ASEAN has to chart a course that does not put the region completely under the sway of either of the two powers.

Southeast Asia and the Rebalance

ASEAN member-states are wary of the rivalry between the US and China. Alice Ba makes a case for an ASEAN that has deep reservations regarding over-dependence and abandonment. ASEAN encounters the potential fear of being pressured in the future to choose between China or the US, or the abandonment by either of them if and when great power interests shift to other regions.

Nevertheless, ASEAN member-states have looked to the US as the security guarantor of the region since the end of the Cold War. Many of these states recognize that if the US completely abandons Southeast Asia, the choice is either to engage in an arms race or accept the dominance of Beijing; two scenarios which are not very appealing to the region's political and economic elite.

Distrust of China remains high – despite every effort to socialize Beijing into the ASEAN way. History, economics, territorial disputes and geography loom large in the minds of regional leaders. China is a great power and, despite the appeal of its market, it also serves as an economic competitor for ASEAN states. As several ASEAN member-states share a maritime or land border with China and because of disputes in the South China Sea, Beijing cannot yet replace the US as the security guarantor of the region.

This, however, is not an impediment to better ASEAN-China ties. In fact, the rise of China greatly benefits Southeast Asia, yet it does not translate into acceptance of Beijing as a regional hegemon.

Thus, ASEAN wants a closer relationship with the US based on three strategic goals. According to Evelyn Goh, these goals are: To deepen economic ties to build up internal balancing capabilities of individual countries and to help the region as a whole to diversify and prevent over-dependence on China; to manage key crisis issues such as Taiwan and the Korean Peninsula in concert with other big powers; and to support efforts to engage with China and the region through multilateral institutions.

Washington's role in the wider region, therefore, is so strategic that any hint that it might not follow through on the rebalance sets many ASEAN members on edge. Thus, when Obama canceled his visit to Southeast Asia due to the US government shutdown, Singapore’s prime minister, Lee Hsien Loong, delivered the underlying regional sentiment when he said: "Obviously we prefer a US government which is working to one which is not, and we prefer a US president who is able to travel and fulfill his international duties to one who is preoccupied with his domestic preoccupations."

From its inception, the rebalance has faced a number of challenges, both internal and external, that have led some to proclaim it a failing or failed strategy. As the authors have previously argued, such proclamations are premature and exaggerated. It is true, however, that the rebalance does face a difficult strategic landscape.

Internally, the US has found itself severely restricted by its financial troubles. With the sequestration going into effect in March 2013 and defense spending deeply affected, US foreign policy necessarily underwent some adjustments. Just a few months later, a government shutdown led Obama to cancel his trip to Asia to attend the APEC, EAS, and US-ASEAN summits as well as his visits to Malaysia and the Philippines. Although Secretary of State John Kerry did his best to make up for the US president's absence, it was not enough to allay doubts on the ASEAN side about Washington's commitment to the region.

Outside of its borders, the US faces even more pronounced and daunting challenges. China’s rapid economic growth has undermined the unipolarity in the global balance of power. While the US is still considered the world’s only superpower, its position is no longer unchallenged. China has become a power to contend with — especially for Southeast Asian nations.

As they increasingly question Washington's supposedly unwavering commitment, regional leaders strive to balance their own position vis-à-vis the great powers in order to guarantee their own security, as well as rely on the emerging network of regional strategic partnerships. Those partnerships not only strengthen the respective states’ own capabilities, but also provide moderate leverage against the two great powers vying for dominance in the region.

As part of this strategy, ASEAN member-states remain somewhat ambiguous in their positions, with perhaps the exception of the Philippines, whose relationship with China is at present particularly strained due to territorial and maritime disputes in the South China Sea.

The two countries had a standoff in the Scarborough Shoal; subsequently, the Philippines initiated arbitral proceedings against China’s claims over the South China Sea under Article VII of the United Nations Convention on the Law of the Sea. Although Vietnam, Malaysia and Brunei have territorial claims of their own, they are still engaging China in economic and functional cooperative endeavors.

Both the US and China add to this uncertainty. The former has deliberately avoided siding with any of the regional actors in their disputes with China, and the latter’s foreign policy is largely open to interpretation. This may be partly due to the fact that China has focused on domestic issues for so long that it simply lacks the capacity to clearly articulate its foreign policy goals. It could also be that China purposely exercises ambiguity to maximize its flexibility on the international arena. Whatever the case may be, this lack of clearly stated foreign policy objectives on all sides does undermine the rebalance to some extent.

China’s rise, the United States’ internal weakness, flaring territorial disputes, and the changing global and regional security environment all add up to make Southeast Asia’s future an interesting one. Whether as individual states or through ASEAN, the region has to find a viable path between the two contending powers.

However, ASEAN capitals are not going to choose between the two. The choice, one could argue, has been made: ASEAN wants to engage both China and the United States because that is the only way regional prosperity and security can be assured.

The rebalance, therefore, is not just about the US giving the proper attention that Asia needs. It is also the key to achieving ASEAN’s own strategic goals. Satu Limaye writes that for the US, "getting relations with both China and US allies right is the key to getting Asia right." This convergence creates a mutuality of interest, which can provide the stability that ASEAN requires to continue building its regional community.

*[Note: The views expressed in this article are the authors' own and do not reflect the position of the institutions they are affiliated with.]