Ivorian President Alassane Ouattara in Washington, DC on 11/7/2017 © US Department of State

After the ICC acquitted Laurent Gbagbo of crimes against humanity, the fear of renewed violence in Ivory Coast is growing.

The roads to peace in Ivory Coast and Liberia have been quite similar. In both cases, external forces and the arrest of political figures responsible for the escalation of violence have played a pivotal role in the return to normalcy after years of civil war.

In its Global Findings, the Bertelsmann Transformation Index (BTI) 2018 laudably addresses the peaceful development in both West African countries: “While violence has dramatically escalated in Syria or Yemen, also good post-conflict management in Côte d’Ivoire or Liberia can be recorded, further away from and possibly less noticed by Europe.” But now at least, the successful Ivorian path toward peace is in danger as the International Criminal Court in The Hague failed to prosecute for war crimes and acquitted former President Laurent Gbagbo on January 15.

External peacekeeping intervention in both West African countries comprised three key players. These included a Western power with close historical links to the country — France in Ivory Coast and the United States in Liberia — as well as regional and international peacekeeping missions.

France was the first to intervene in Ivory Coast following a coup attempt in September 2002, when rebels tried to topple President Gbagbo, who came to power after a disputed election two years earlier. The country is the economic engine in Francophone West Africa and its collapse would likely have had repercussions well beyond its borders. Facilitated by the ongoing presence of a French military base and bilateral defense accords, France was keen to stop fighting through rapid intervention in one of its most important former colonies by creating a buffer zone between the rebel-held north and the government-controlled south.

France provided a rapid reaction force and logistical, human and financial support to the peacekeeping force of the Economic Community of West African States (ECOWAS) and UN peacekeeping missions. It also helped the rebels and the United Nations Operation in Côte d’Ivoire (UNOCI) to forcibly remove Gbagbo from power in April 2011, after he had refused to admit his electoral defeat in late 2010.

Similarly, the US played a significant role in bringing the devastating civil war in Liberia to an end. It managed to force President Charles Taylor, a former warlord, to resign and go into exile in Nigeria in August 2003. Taylor’s resignation was the precondition for the US deployment of a joint task force to Liberia, which helped ECOWAS forces to defeat the rebel group, Liberians United for Reconciliation and Democracy, and end fighting.

The Bush administration is also thought to have pressured Nigeria to return Taylor to Liberia in March 2006, where he was apprehended and handed over to the Special Court for Sierra Leone (SCSL). Apart from fighting in Liberia, Taylor was heavily implicated between 1996 and 2002 in the civil war in neighboring Sierra Leone.

Despite all their shortcomings, regional ECOWAS peacekeeping operations — ECOMOG in Liberia and ECOMICI in Ivory Coast — granted legitimacy to the external intervention. For instance, Gbagbo’s supporters criticized France’s “neocolonialist” interventionism and demanded “an African solution to an African problem.”

Meanwhile, the UN peacekeeping missions — UNMIL in Liberia and UNOCI in Ivory Coast — stayed in the two countries well beyond the end of the conflict to prevent the resumption of fighting. After several extensions, UNOCI’s mandate ended in June 2017, while UNMIL extended its presence in Liberia until March 2018.

In May 2012, the SCSL sentenced Taylor to 50 years in prison for crimes against humanity and war crimes committed during the civil war in Sierra Leone. In January 2016, the International Criminal Court opened a trial against Gbagbo and his right-hand man and militia leader, Charles Blé Goudé, whose xenophobic “Ivoirité” policies precipitated the country’s descent into a civil conflict.

The removal of Taylor and Gbagbo from the domestic political scene has doubtlessly helped to pacify the two countries and allowed them to conduct free and fair elections. Liberia is one step ahead of Ivory Coast as it witnessed in December 2017 the first change of power since the end of the civil war. Former professional footballer George Weah of the Congress for Democratic Change defeated Joseph Boakai of the Unity Party. Such a test still awaits Ivory Coast in 2020, when President Alassane Ouattara’s second and last presidential mandate expires. If Gbagbo and Blé Goudé return to Ivory Coast and take part in the presidential election, it is likely that old enmities will flare up.

As the BTI country reports for Ivory Coast and Liberia rightly contend, reconciliation has been incomplete and ethnic tensions and cleavages between the “indigenous population” and immigrants, which were driving the conflict, persist in both countries. In Ivory Coast, many southerners still perceive northerners, including Ouattara, as foreign. This is because northerners share ethnic and religious affiliations with numerous immigrants from neighboring countries, especially Burkina Faso, Mali and Guinea, who had come to Ivory Coast during the economic boom after independence.

Gbagbo’s supporters also resent that the judiciary has applied “victor’s justice” by overwhelmingly prosecuting only those close to the former president for crimes committed during the civil conflict. As for Liberia, the fact that former warlord Prince Johnson is now a senator and ran for president in the 2011 vote underscores the ineffectiveness of the Truth and Reconciliation Commission. Johnson was Taylor’s ally in the early stages of the civil war and was responsible for the abduction and torturing to death of President Samuel Doe in 1990.

However, Liberia has been somewhat successful in taming ethnic tensions by more inclusive recruitment to civil service positions, whereas in Ivory Coast, Gbagbo’s allies have been practically absent from the political and public spheres. In addition, Ouattara’s insistence on a unified Rally of Houphouetists for Democracy and Peace (RHDP) party has prompted the Democratic Party of Ivory Coast (PDCI) — his Rally of Republicans’ (RDR) main partner in the ruling coalition — to exit the RHDP, exacerbating ethno-political divisions.

Unless these simmering identity cleavages are properly addressed, the risk of violence returning will remain. This is particularly the case in Ivory Coast, where the forthcoming presidential election is already stoking tensions and Gbagbo is now free to return to the political sphere. However, the likely intervention of external players in the event of an escalation of violence will most probably prevent the situation from spiraling out of control. 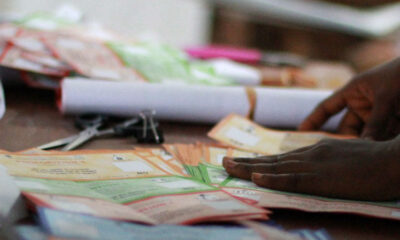 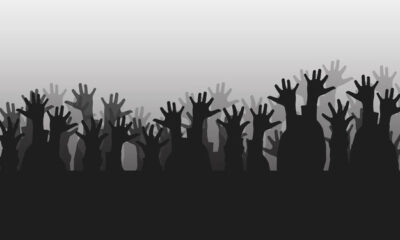 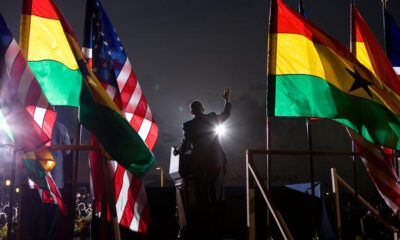