The world will be watching Africa as countries around the continent head to the ballot box throughout 2015.

The number of electoral democracies mushroomed in Africa over the past two decades — a far cry from the days when incumbents would postpone elections for as long as it pleased them. But does the increase in electoral democracies in Africa correspond with a wider space for civil liberties, accountability, transparency and respect for rule of law on the continent? What are the factors that militate against smooth and peaceful elections in Africa?

Even though we should expect irregularities in some of the elections, the continent will pull through. Any disputes will be resolved through African Union mediation and pressure from the United Nations and international development partners — mainly the United States and the European Union.

The recent vote in Zambia on January 20 marked the beginning of a flurry of elections that will last throughout 2015. Elections in Africa excite political observers and this year’s are no exception. The highlights are expected to be: Ivory Coast, Burkina Faso, Guinea, South Sudan, Nigeria, Central African Republic and Burundi.

The October polls will be Ivory Coast’s first presidential election since the disputed election of 2010, which led to widespread violence and the eventual removal, by force, of then-President Laurent Gbagbo. Gbagbo had lost to his opponent, Alassane Ouattara, and he refused to concede defeat. At least 3,000 people were killed in the post-election violence.

The task this year for the Ouattara administration will be to hold a free and fair election, without a repeat of what we saw in 2010/11.

For Burkina Faso, the presidential election scheduled for November will be the first since the overthrow of the country’s long-time military dictator, Blaise Compaore, in a popular uprising in 2014. Compaore seized power in a 1987 coup, when he assassinated Thomas Sankarathen, the military ruler at the time. Burkina Faso has been predominantly under military rule since gaining independence from France in 1960, under its former name Upper Volta.

The transitional government faces a daunting task of holding democratic elections in a country where civil society, media and state institutions have been weakened over many decades. The tens of thousands of Burkinabés, who thronged the streets of Ouagadougou to oust Compaore, will be watching closely to ensure their revolution is not stolen at the polls. The presidential election in Guinea will be the first since the election of President Alpha Conde in 2010, which ended military rule in the West African country. A volatile political landscape, a broken economy, insecurity and the Ebola virus have posed great challenges to authorities in Conakry. Logistics and other costs of holding elections have added another layer of financial burden on the cash-strapped Conde administration.

South Sudan, a country still mired in war and political impasse, had its general elections scheduled for July 2015, but it has since postponed them until 2017. Corruption, tribalism and nepotism, coupled with political rivalry between President Salva Kiir and then-Vice President Riek Machar, culminated in civil war in December 2013.

War and food shortage have threatened the very existence of Africa’s youngest nation since. While the 2015 vote has been postponed, the main challenge in 2017 will be to conduct an election that will be accepted by these two arch rivals.

President Goodluck Jonathan of Nigeria has failed to contain a violent extremist insurgency that threatens to not only end his political career, but also destabilize and eventually break up the Nigerian state. Jonathan has elbowed his neighbors and looked to foreign powers for help. He has found worthy but insufficient support in the United States, Britain and France which, together with other countries, have given military and security assistance to not only find the more than 200 missing schoolgirls — who were abducted by Boko Haram in April 2014 — but also advise on how to defeat the Boko Haram insurgents. Their efforts have not produced any tangible results thus far.

President Jonathan’s political survival will be at stake when Nigerians head to the polls. If he is defeated, youth unemployment, economic inequality and the Boko Haram insurgency will be largely to blame.

The election is a two-horse race pitting the incumbent president, of the People’s Democratic Party (PDP), against the former military ruler, Muhammadu Buhari, who hails from the All Progressives Congress (APC). The two men are no strangers to Nigerians. While Buhari was accused of gross human rights violations during his tenure as military ruler, Jonathan’s presidency has been marred by his apparent lack of control over official corruption and his failure to mount credible military pressure against Boko Haram. Whoever wins the election will inherit the twin evils: insecurity and corruption.

The nightmare for all stakeholders is the general election in the Central African Republic (CAR), which is tentatively scheduled for August. However, there is no specific date in sight, due to the ongoing conflict in the country.

The election is a desperate attempt at turning around CAR’s political crisis, which is the root cause of the violence. Any miscalculation in the election would only risk renewed tensions and escalation in the central African nation. While the ceasefire agreement between the warring factions — Anti-Balaka and the former Seleka rebels — announced in Kenya on January 28 offers a glimmer of hope, it may do little, if anything, to bring about an immediate end to deep-rooted and widespread violence between the CAR’s Christian and Muslim communities.

With the support of leaders from the East African sub-region, President Pierre Nkurunziza of Burundi is likely to have his way in a controversial bid for another term in office. The ambiguity of the 2005 constitution on the question of presidential term limits does not help the political situation in Burundi. Nkurunziza’s third term bid risks endangering the fragile peace in the east African nation, whose devastating 12-year civil war ended in 2005.

The opposition in Togo are up against a 48-year-old presidential dynasty of the Gnassingbe family. President Faure Gnassingbe, who inherited power from his late father in 2005, is widely expected to win the election scheduled for March. Gnassingbe won the elections in 2005 and in 2010, both of which were dismissed by the opposition as rigged.

The ruling Ethiopian People’s Revolutionary Democratic Front (EPRDF) party in Ethiopia will maintain its strong grip on power after the parliamentary election in May. The EPRDF, which is widely criticized for intimidating opposition politicians and for muzzling the press and free speech, has tightened its censorship in the run-up to the election.

Elsewhere, elections in Benin, Chad, Comoros, Egypt, Lesotho, Tanzania and Sudan will all be worth watching. Somaliland, which is yet to be accorded international recognition, also plans to hold a general election. Even though the National Electoral Commission (NEC) of Somaliland is poorly equipped and has just begun to prepare, opposition politicians have warned against postponement, as this would risk plunging the already fragile country into political turmoil.

Elections in Africa come with enormous security and political risks. Weak state institutions; tribal and religious divides; possible interference by incumbents in the work of electoral authorities; the possible use of security forces by incumbents to threaten their political opponents; and rigged elections are among the leading challenges. Safeguards such as truly independent electoral authorities; political neutrality of the armed and security forces; an independent media; strong civil society; and proper voter education will ensure free, fair and transparent elections and increase the credibility and acceptability of election results to political contenders.

The world will be watching as these African countries take turns to go to the polls. 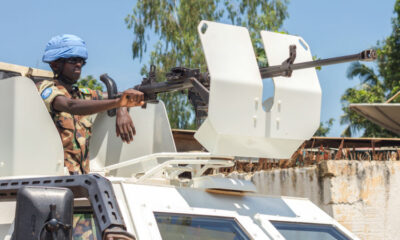 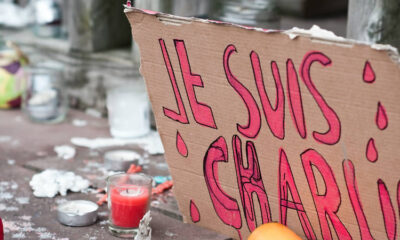 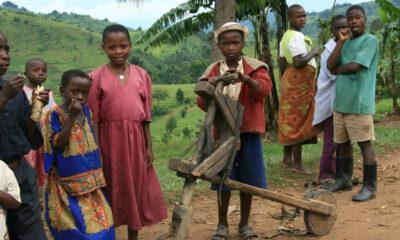