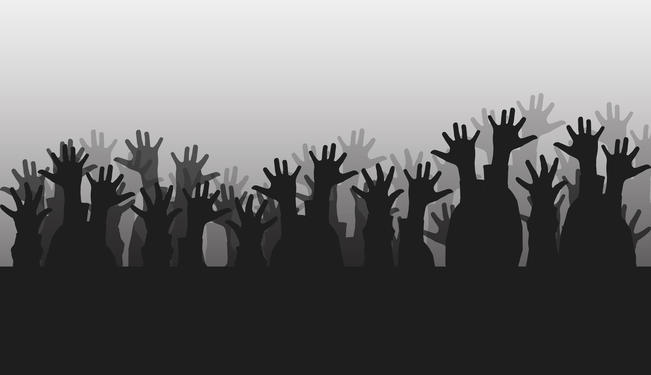 Africa must ensure that youth have an opportunity to engage in all aspects of society.

In 2009, African leaders met in Addis Ababa to declare 2009-2018 as the "African Youth Decade." Despite rhetoric promising to mobilize resources to help spur human development and curb unemployment, there has been limited progress on integrating youth into society’s most formidable institution: the statehouse.

Today, Africa has the largest youth population in the world with close to 70% below the age of 25. Despite the huge population growth among the continent’s youth, the average age of an African president is around 63-years-old.

In late January, thousands of demonstrators took to the streets of Ouagadougou in Burkina Faso to protest against proposed changes to the constitution that would allow President Blaise Compaoré to run for another term in 2015. Opposition leaders organized a national day of protest to demand that Compaoré steps down in lieu of making revisions to presidential term limits. Currently, the country's constitution limits presidents to two five-year terms.

President Compaoré came to power in 1987 following a coup. After serving two seven-year terms, the constitution was changed in 2000, allowing him to serve two additional five-year terms. Under the stipulations of the current constitution, his term is set to end next year.

The recent protests in Burkina Faso are merely emblematic of many African leaders’ refusal to turn over power to a new generation that is crying out for recognition and support. However, Compaoré is not alone in his long run at the top. Uganda’s Yoweri Museveni has been in power for over 28 years; Cameroon’s Paul Biya for 32 years; Zimbabwe’s infamous Robert Mugabe for 34 years; and José Eduardo Dos Santos of Angola and Teodoro Obiang of Equatorial Guinea for 35 years each.

A Recipe for Instability

Although many of the aforementioned leaders were once heralded as revolutionary heroes to their people, they have since become old men enamored with the trappings of power. Many African leaders are often deluded into thinking they have the hearts of their people.

However, in claiming to love and act in the best interest of their nations, these leaders may do more harm than good. A one-man regime, built on a simulacrum of a functional civil service, is a recipe for disaster when that leader leaves. The tenuous relationships that he has built through lining the pockets of his supporters or by using force will shatter, leaving either a power vacuum or a splintered state.

Nowhere has this been clearer than in the case of Ivory Coast in the 1990s when the death of President Houphouët-Boigny turned the country upside down. As a result, Ivory Coast struggled to maintain peace. Its fragmented political relations in the wake of Houphouët-Boigny's may have been a major factor in the 1999 coup and, ultimately, the Ivorian Civil War.The risk that we might witness a future crop of unstable states after the death or fall of one of these aging autocrats is high.

The gap between the leadership and the people has become a growing source of contention as one might see in the recent uproar over Francis Muthaura’s appointment in Kenya. As a former member of the Kibaki administration, Muthaura’s appointment as the head of a multibillion-dollar rail, road, and port project in Lamu alienated local people who demanded a fresh face to spearhead the project. In Kenya, the flames of anger may have dissipated, but we must seriously consider circumstances in which they might burn unabated.

In Burkina Faso, we may be seeing the seeds of a disgruntled youth movement akin to the events of the Arab Spring in which a young population, frustrated with unemployment and autocracy, fought for more democratic representation and economic participation.

Like the aging Sub-Saharan gerontocracy, North African leaders were markedly older than the citizens of their countries. Hosni Mubarak was 82 at the time of his ouster, while the median age in Egypt is around 30. Libya’s Muammar Qaddafi was similarly much older than the average Libyan. As the youth population in Africa continues to explode, it is likely that discontent with aging autocrats will grow unless action is taken now.

Local communities must push for the revitalization of democracy through the enforcement of presidential term limits and a balance of power. By establishing a tradition of smooth transfers of power between candidates truly chosen by the people, citizens have a greater chance of ensuring that their interests are represented.

However, in urging the gerontocracy to abdicate its de-facto throne, it must also be ensured that African nations do not suffer due to a limited pool of qualified candidates. To overcome these potential shortcomings, the international community must continue its support of improving education and building capacity in the developing world.

As we lie in the midst of an African Renaissance and a global boom in technology, the possibilities to rapidly accelerate opportunities for citizens to improve their education and make the leap towards public service are endless. There are hundreds clamoring at the door to make their voices heard. It is time to let them in.