Other sectors of the world economy may be suffering but the arms industry continues to do a roaring trade, and nowhere more so than in the MENA region. In its annual report released on March 9, the Stockholm International Peace Research Institute (SIPRI), notes a dramatic increase in weapons exports to a part of the world engaged in three major wars — in Yemen, Syria and Libya — and in a tense stand-off with Iran.

Data show that as conflict has grown in the Middle East so too has the flow of weapons to the region. SIPRI examines weapons exports and imports in four-year spans. Comparing the previous four-year period (2010-14) to the latest (2015-19) yields some astonishing figures. Overall arms imports to the Middle East jumped by 61%; the Saudis increased imports by 130%, Egypt by 212% and Qatar by an eye-watering 631%. The world’s largest importer of weapons is Saudi Arabia, accounting for 12% of global arms imports between 2015 and 2019. Of the top 10 importers, six are MENA countries. Joining the Saudis are Egypt, the UAE, Qatar, Iraq and Algeria.

Clearly there are geopolitical and strategic reasons for the increases. The Saudis are engaged in a war in Yemen that has dragged on for five years, and they are deeply worried about the sort of attacks from Iran or from Iranian surrogates that crippled Saudi Aramco facilities in September of last year. They remain under threat from Houthi rocket attacks launched from inside Yemen, and their southern border is under constant menace from Houthi incursions.

SIPRI notes that 73% of the kingdom’s arms imports come from the US, while the UK accounts for 13%. It adds that “despite the wide-ranging concerns in the USA and the United Kingdom about Saudi Arabia’s military intervention in Yemen, both the USA and the UK continue to export arms.”

Egypt, now in third place in the weapons import table, is fighting a jihadist insurrection in North Sinai and is an active participant in arming the Libyan warlord Khalifa Haftar in his bid to topple the internationally recognized government of Fayez al-Sarraj. Egypt has been busy importing from a number of countries including Russia, France, Germany and Italy (from whom it is purchasing frigates), and from the world’s largest weapons exporter, the United States. In a nearly perfect closed circle, virtually all of the $1.3 billion the Americans give annually in aid to Egypt is used to purchase military equipment, spare parts, training and maintenance from US weapons firms.

However, Russia, the second-largest exporter, has raised its game in Egypt. Recent sales include a fleet of MiG-29s and S-300s, and in the offing is a $2-billion purchase of Su-35 fighter jets. This last deal has angered the Americans, but it is evidence of how effective Russian President Vladimir Putin has been in the arms trade arena. As Pieter Wezeman, a senior researcher in the SIPRI Arms and Military Expenditure Programme, told Arab Digest, “The Russians have been very successful in bringing Egypt back as (arms) recipients. There is now a very significant flow.”

The last time the Russians exported weapons in such volumes to Egypt was in the 1970s. Wezeman called it “a surprising element” in the SIPRI report. Noting the economic difficulties the country is in, he asked, “Why do they buy and where is the money coming from?”

Qatar placed 10th in the arms imports table. On consideration, it is not, perhaps, too surprising that the world’s wealthiest per capita country should spend so lavishly on weapons. Since 2017, the Qataris have been at loggerheads with Saudi Arabia and the United Arab Emirates (joined by Bahrain and Egypt); together the four have enforced a land, air and sea blockade whilst rupturing diplomatic links.

In the early days of the blockade, there was real anxiety that the Saudis, with whom the Qataris share their only land boundary, would invade in force. But that anxiety has long since waned, especially as the United States has repeatedly made it clear that Qatar is a friend and not, as the blockading countries claim, a supporter of terrorism. And when one considers that the indigenous population of the country is approximately 275,000, the purchase of 12 Rafale jets from France, 26 F-15s from America and 24 Typhoons from the UK, together with 7 Italian warships, at a total cost of nearly $40 billion, is quite extraordinary.

The UAE, though it saw a percentage drop in imports, remains a very important player. As the SIPRI report notes, “The United Arab Emirates has been militarily involved in Libya as well as Yemen over the past five years and was the eighth largest arms importer in the world in 2015-2019.” The Emiratis are major suppliers of arms to Haftar. This includes light armored vehicles, small arms and weaponized drones in contravention of UN Security Council Resolution 1970. The Emiratis are not the only ones to turn a blind eye to the arms embargo; so too have the Turks, the Jordanians, the French and the Egyptians, but the UAE is arguably the most flagrant violator.

The biggest drivers behind increased arms sales in the region are Saudi Arabia and the UAE. Pieter Wezeman says that the two countries have taken what he calls an “assertive and aggressive approach in order to increase their influence by buying and using weapons.” Wezeman says that though he is careful with predictions “looking at the deals signed, the planned deals and the threat perceptions, it is likely that the market for Middle East arms sales will continue to remain large.” 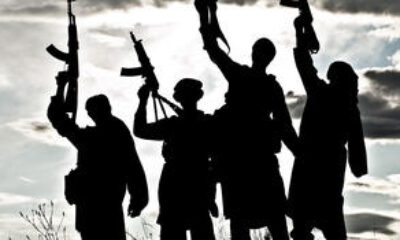 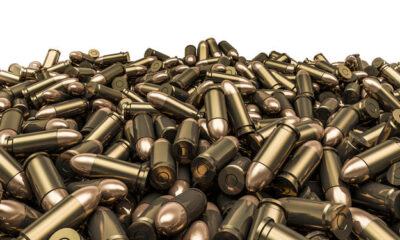 Corruption in the Arms Trade: Money Making in the Shadows