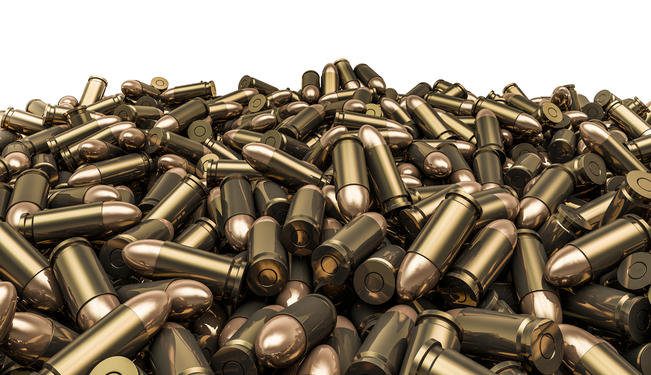 The clandestine nature of the arms market makes it ideally suited for corruption.

The arms trade accounts for as much as 40 percent of corruption in global trade. It is fair to call it “hard-wired for corruption,” operating as it does in a shadowy world of its own.

Corruption represents a theft from the people of a country; it is their money funneled into secret bank accounts or used to pay a company for a product it could not sell without bribe. In the arms trade, it is not only money that is stolen but also security that is manipulated.

The arms trade is today made up almost entirely of private firms whose primary motivation is profit. They may claim to act in the national interest but the need to increase their profit margin trumps this every time, including through illicit methods.

It is relatively easy for a bribe to be paid to a decision-maker; it could be hidden by giving it to their family, cash might not be changing hands but there might be an offer of a job or a profitable opportunity for a business they might own. The offer might not even have to be explicit — an official might merely refrain from being too critical of an overpriced weapons system as they are looking forward to a job with the manufacturer in the future.

There are factors that are almost inextricable from the nature of the arms trade which make it so prone to corruption. There is a wall of secrecy due to national security and commercial confidentiality that prevents the public from learning about most arms deals, which allows corrupt officials and agents of arms companies to wheel and deal with no fear of exposure. The public is usually only allowed to see the sanitized PR messages of the companies with their claims of jobs and security.

The arms industry is allowed to thrive due to the government support it receives — politically and financially. Arms companies have become masters of lobbying to the very small groups it needs to convince to make money. The revolving door between politicians, the military, civil servants and arms companies allow decision-making to be manipulated at the highest levels away from public view. The line between lobbying and corruption is sometimes fuzzy, but it can devolve into outright criminality in the arms trade.

Arms are rarely purchased in a vacuum, away from the pressures of conflict or threat. These pressures allow decisions to be rushed and undemocratic — justifying the otherwise unjustifiable speed, opacity or price of a deal which could also easily disguise corruption.

Furthermore, the technical complexity of the equipment changing hands leaves few able to accurately estimate its true value. The fragmented, complicated and often highly opaque nature of the production, transport and financing of arms further complicates any meaningful oversight.

The size of the deals can be huge, as can the bribes. The Al Yamamah arms deal, between the UK government and Saudi Arabia, with BAE Systems as the prime contractor, was worth at least £43 billion and police estimated that it involved at least £6 billion in corrupt commissions. Prince Bandar, son of the then-defense minister and now head of the repressive kingdom’s intelligence service, received at least £1 billion in payments, along with a wide-body Airbus 340, worth £75 million, painted in the colors of his favorite American football team: the Dallas Cowboys. The financial rewards for corrupt behavior can be massive, yet there are rarely any consequences.

Over a decade later, authorities in the US and UK did start to investigate the deal, as well as a range of BAE Systems’ other deals. However, the UK’s investigation was closed down by Tony Blair in 2006 after protestations by the Saudi royal family that it might cut intelligence links, threatening “British lives on British streets” as the threat went. BAE Systems, on the other hand, claimed that an improbably inflated number of jobs were at stake if allegations of their criminality were further investigated.

Even after public outcry and a high court case victory to re-open the investigation, the British state was able to justify its decision in the courts on the grounds of national security. The eventual settlements in the US and UK cost only $450 million — a cost of business and little more for a major company like BAE. No executives from BAE were ever jailed.

While the BAE case probably was a catalyst for the UK government being forced to tighten its anti-bribery laws, these laws are under threat of being watered down by the current government. Similarly, the Foreign Corrupt Practices Act has come under attack from business interests in the US.

Officials and agents of companies like BAE rarely face any meaningful justice. Budgets to tackle grand corruption and high level financial crime are being cut drastically in the UK, and moves to control the arms trade such as the Arms Trade Treaty are likely to create little change. When the arms trade is the only business that counts its profits in billions and its costs in human lives, it deserves our real attention.