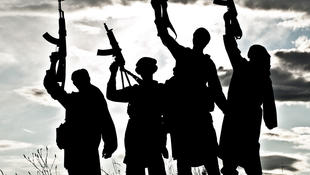 In recent years, as order in the Middle East and North Africa (MENA) eroded between uprisings and armed conflicts, the desire for arms amongst a wide range of actors became one more destabilizing factor in the complexities of each situation.

However, arms proliferation is nothing new to the MENA region. Whether it was through state actors or black market trading, weapons have circulated throughout the Middle East and North Africa for many years.

Today, arms proliferation has taken on a different form as populations have been displaced, forced out, or seen droves of people join movements in conflict areas. The MENA region has become a mélange of different people with different agendas, and some have initiated the need for weapons to advance their mission.

Libya has become an arsenal for conflicts in West Africa and throughout the MENA region, as a wide range of weapons are spread and sold under the auspices of civilians and militias. Yet while it has become general knowledge that militias in Libya have been major actors in the region's arms trade, how they have acquired a large arsenal of sophisticated weapons is rarely spoken about.

In 2011, The Guardian reported on Dan O’Huiggan, who obtained a breakdown of military exports by European Union (EU) member states to Libya.

As the EU ended an 11-year Libyan arms embargo in 2004, €834.5 million worth of weapons were granted to Libya between 2005-2009. In 2009 alone, the EU permitted the export of €343.7 million worth of weapons, with Italy being the top exporter to Libya. While a wide range of weapons were exported to the North African country, some included "chemical or biological toxic agents, 'riot control agents', radioactive materials, related equipment, components and materials."

One of the most complex situations to look at in terms of arms proliferation is the ongoing conflict in Syria, where Libya is just one of the many weapons suppliers to Syrian rebels. Just recently, the United States decided to reinstate the weapons flow to "moderate" rebels after a brief suspension last summer due to "congressional reservations." While the weapons do not include Man-Portable Air-Defense Systems (MANPADs), the delivery does involve small arms and anti-tank rockets.

The suspension of arms deliveries in 2013 was brought about after extremist factions in Syria had acquired American weapons exports. In such a chaotic and lawless atmosphere, how is it possible to monitor the movement and proliferation of arms?

The inability to define Syrian rebels, the role of US arms export, Libya’s unmonitored weapons market, and the intra-national and international movement of peoples have made arms proliferation an increasingly destabilizing factor in the Middle East and North Africa.

Julie Bessler: What is the context behind the massive arsenal of weapons that Libya currently has?

At the same time, Libya’s military strength was augmented by an array of irregular forces based inside as well as outside its borders, including nomadic Tuareg tribes, foreign mercenaries and other loose militant outfits strewn across Africa.

The regime, unsurprisingly, had also pursued a nuclear weapons program but later gave them up in exchange for better relations with Western powers and the removal of economic sanctions.

The scale of Libya’s armaments must also be considered in the context of its foreign policy. Al-Qaddafi promulgated a variety of ideologies over the years that served to project Libyan power and influence.

At one point, Libya even stood with leftist-oriented political and militant movements in Central America and the Caribbean. The al-Qaddafi regime provided support to numerous militant and insurgent movements around the globe through financial largesse, training, political and ideological support, and also provisions of arms.

Bessler: What did arms proliferation in the MENA region look like before the Arab Spring and what has changed since?

Zambelis: In the context of recent developments, the most pressing issue in my view involves the spread of small arms and light weapons (SALW). Black and gray markets for SALW have always existed in the MENA region.

However, what is different now is the scale and nature of the arms trade. Until recently, practically all of the states in the MENA region were under different forms of authoritarian rule. In most cases, this generally translated into highly repressive police states that operated centralized and overbearing security apparatuses.

As a result, the proliferation of arms, including SALW, tended to be localized and was often heavily circumscribed by state actors. There is also the issue of separatism, political and religious militancy, and transnational organized crime; but again, these issues tended to be generally confined to narrow geographic spaces.

The climate of popular revolt and the breakdown of order have enabled the spread of SALW. Countries experiencing severe instability such as Libya are flooding the market with SALW. Alarmingly, the breakdown of order has created a new demand for these weapons as the politics of transitioning countries in MENA is increasingly being played out in violent clashes. At the same time, traditional sources of illicit arms, including European organized criminal networks, are finding new customers around the region.

Bessler: How are weapons from Libya infiltrating Egypt and other countries?

Zambelis: A quick look at Libya’s proximity to Egypt and a consideration of the broader regional geography and demographics help explain the arms trafficking flows from Libya.

Libya’s borders are highly porous and easily breached by established smuggling networks. The border dividing Libya and Egypt is sparsely populated and prone to smuggling. Not surprisingly, the breakdown of order in Libya and political instability in Egypt, and elsewhere in the region, has impacted the flow of SALW and other contraband. An increase of demand for weapons in Egypt, particularly the Sinai Peninsula, and other regions that are witnessing a rise in violence is also luring smugglers from Libya and elsewhere to meet local demands.

Bessler: What are the dangers of arms proliferation in the MENA region? What negative effects have they had?

Zambelis: In my opinion, the rapid spread of SALW is a very serious concern. Given their relative accessibility, low cost, ease of use and large supply, the proliferation of SALW from a place such as Libya can wreak havoc on entire societies, countries and regions. Libyan caches of SALW have already served to fuel the fighting in Syria as well as Mali, Niger, Tunisia, Chad, Algeria and Egypt.

The availability of SALW has also served to militarize nascent political movements while bolstering the arsenals of armed militias attempting to carve out their own niches in countries undergoing political transitions. Violent street gangs in urban centers around the globe are increasingly able to access these kinds of weapons.

I think it is plausible that violent street gangs and drug trafficking cartels in Latin America and the Caribbean will get their hands on Libyan SALW. Moreover, SALW are usually extremely difficult to track. This makes them ideal for a wide variety of illegal violent activities.

Bessler: What efforts has the international community undertaken so far?

At the same time, there are ongoing efforts and campaigns by NGOs and civil society advocacy groups to address the issue. The United Nations Global Arms Trade Treaty (ATT) is one example that specifically addresses the issue of better regulating the trade and transfer of conventional arms, including SALW, using internationally agreed-upon guidelines.

Bessler: How has the situation worsened in post-war Libya?

Zambelis: No country, let alone Libya in its current fragile state, can consolidate a political transition without some semblance of law and order. Libya remains fractious and violent and its central government is very weak.

Competing factions, often based in or around major population centers reflecting rival power bases such as those in Tripoli in the west and Benghazi in the east, are able to solidify their positions in relation to the other or the central government when they are heavily armed. These factions are vying for a place in the new Libya or are possibly even carving their own niche, independent of the central authorities.

This is a natural consequence of political transitions from authoritarianism. But the problem is that many of these factions continue to operate as insurgent detachments, in addition to fielding political parties and organizations. Many of these factions looted Libyan arms bases and weapons caches and now have access to enormous amounts of SALW. Some of these factions may agree in principle to the need to enshrine a viable social and political order based on established law and institutions, but they are not prepared to lay down their arms. Rivalries between opposing political and ideological currents that should normally be contested in a civil manner are instead being decided in violent street clashes, assassinations and terrorist attacks.

The abduction of Libyan Prime Minister Ali Zaidan last October by a local militia is a testament to how bad things are in the country. The influence of militias has also devastated Libya’s vital oil sector. According to some estimates, Libya’s exports are down over 90% as a result of the violence. The Libyan government has entertained the possibility of integrating militias into the regular security services, essentially co-opting them, but this is easier said than done. Crime is also rampant.

All of these factors undermine Libya’s prospects for peace and stability. The current climate has also vastly deterred foreign investors.

Bessler: Calls for arming the Syrian rebels to topple Assad will be replicating post-war Libya; how can such a problem be dealt with?

Zambelis: Despite all of the crimes committed by the Ba’athist regime prior to and during the uprising in Syria, it is important to keep in mind that radical Islamists and an assortment of other dangerous actors beholden to foreign interests dominate the insurgency. The solution in Syria will have to revolve around some sort of negotiated pact between the belligerent actors.

By all accounts, this is where Syria appears to be heading.

*[Note: The opinions expressed here are the interviewee's alone and do not necessarily reflect the position of Helios Global, Inc.]