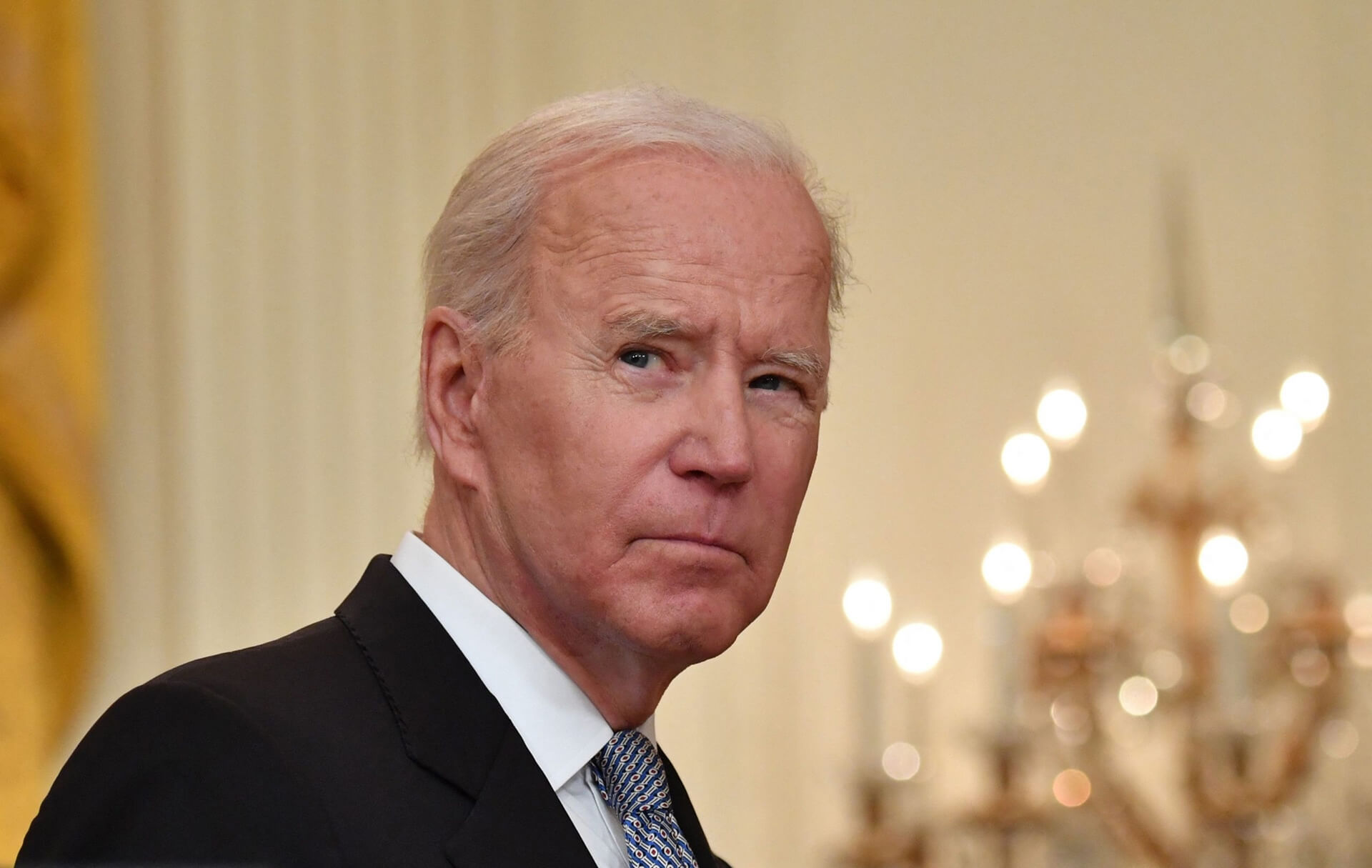 Thanks to more than half a century of public speaking and numerous presidential campaigns, US President Joe Biden has had time to hone his skills at essential tasks, such as pushing essential legislation through Congress and turning objective reality upside down. As president, he may be underperforming in his execution of the first task, but he still manages to turn reality on its head. In a speech celebrating the 75th anniversary of the CIA—that sterling institution known for its ability to present the unvarnished truth—Biden trotted out not just once, but three times one of his favorite tropes: denying that the hyperbole he has just produced is what it clearly is – a hyperbole.

Unlike President Harry Truman, who in December 1963 expressed his exasperation with the CIA’s acquired taste for skulduggery, Biden sees all virtue and no vice in the history of an agency created under Truman’s watch. Weeks after the assassination of President John F Kennedy, Truman had the temerity to pen an op-ed column for The Washington Post decrying the CIA’s betrayal of the mission with which he had endowed it: to gather facts and inform the president as transparently as possible. That presumably also implied refraining from acts such as fabricating facts or assassinating a sitting president.

Biden wants today’s CIA to understand that he feels none of Truman’s exasperation. He asserted to the faces of a new generation of operatives that for three quarters of a century “our nation’s intelligence professionals have worked unceasingly and sacrificed willingly to make our country safer.  And that’s not hyperbole.  That’s a simple, straightforward fact.”

A deliberate exaggeration of the truth, the preferred figure of speech of politicians who depend on it to put to sleep the public’s capacity for critical thinking and reduce every issue to a binary opposition.

One thing it would be fair to say about Joe Biden is that he never gives up. His persistence in supporting the war in Ukraine to the last Ukrainian is a testament to his perseverance. As are the rhetorical devices Biden uses and abuses, over and over again. In last week’s speech to the CIA, the president insisted on three occasions that hyperbole is not hyperbole. “And again, not hyperbole, you are clearly the best in the whole world,” he insisted. Later in the speech, he offered a second example of non-hyperbole: “We’re the most unique nation in the history of the world.  That’s not hyperbole.” Whether it is or isn’t, some people would complain that there is no such thing as degrees of uniqueness. One can be unique but not the “most unique.” Which is one indication that what Biden claims is simply hyperbole!

At another point in the speech, after praising “the quiet bravery of the women and men of this agency” that has resulted “in lives saved, in crises averted, in truths revealed, in decisions of the 75 years of American presidents made better because of the insights you’ve provided,” he asserts “that’s not exaggeration.” Truman might have responded: “Of course it isn’t exaggeration, it’s a downright lie.”

On his trip to Poland at the end of March to bolster NATO and congratulate himself on his courageous decision to impose US drastic sanctions on Russia, Biden did an equally convincing demonstration of his skill of using the word hyperbole three times in the same speech.

“The fact of the matter is that you are the finest — this is not hyperbole. You’re the finest fighting force in the history of the world.”

Any expression of value, formulated in absolute terms, such as “the finest fighting force in the history of the world,” is likely to be hyperbole. Biden’s formulation can be nothing other than a hyperbole, which means, it is not to be taken literally. So why take the trouble to deny it, and no less than three times?

Biden’s trope belongs to a category of rhetorical figures called apophasis. Like most tropes it can be used cleverly (comically) and produce a strong effect. When a politician asserts: “I refuse to discuss the rumor that my opponent is a drunk” or when the candidate Donald Trump said of his rival, Carly Fiorina, “I promised I would not say that she ran Hewlett-Packard into the ground, that she laid off tens of thousands of people and she got viciously fired. I said I will not say it, so I will not say it.” Trump knew his audience would receive that self-contradiction as high comedy and an effective blow to his opponent.

Most masters of rhetoric style will point out that hyperbole should be used sparingly. It carries a serious risk of sounding phony. They also presume that a good politician will try to avoid sounding phony for fear of losing credibility with voters. So why does Biden constantly return to phony-sounding talk?

Biden’s addiction to hyperbole that he denies is hyperbole highlights a feature of linguistic practice that lies at the core of US culture. Most professional rhetoricians in the US understand that people recognize hyperbole and do not take it literally. It serves to make a strong point that can subsequently be nuanced.

Biden is different. In denying that his hyperboles are hyperboles, he is denying nuance. Like any carnival barker or conman, his rhetoric reflects a belief that Americans crave flattery, even hyperbolic flattery. When people feel flattered they are vulnerable to any other insincere message you propose, especially when convincing them to buy something. Perhaps he learned this from his father, who was a successful car salesman.

In US culture, so heavily influenced by the pragmatism of PT Barnum, it is considered a form of primordial wisdom to “give people what they want to hear.” It is much easier and far more effective than bothering about establishing the truth. US culture uncritically celebrates success, rarely questioning how it was achieved. The ethically suspect idea of “anything that works” has achieved the status of “common sense” in US culture. It is a softer version of “the ends justify the means.”

The problem for society and politics is that such a success-oriented and salesman-defined culture upends the value of sincerity in human relations. It encourages lying. This culture is what guides most US media in crafting their reporting to the perceived desires—rather than the needs—of their target audiences. What “works” doesn’t have to be true.

Biden is known for tirelessly repeating the same formulation on multiple occasions. If it works once, the logic is, it will work every time. He isn’t alone. It’s a trick skillful politicians have used throughout history, from Cato’s Carthago delenda est (“Carthage must be destroyed”) to presidential candidate Kennedy’s standard phrase to introduce any discussion of foreign policy: “We live in a world that is half-slave and half-free.”

It would hardly be hyperbole, however, to suggest that Biden may be in a category of his own, so frequent is his practice. How many times have we heard Biden say, “we lead not by the example of our power, but by the power of our example” as if it was an original thought and a deeply moral realization that had just popped into his head? He pulls the rabbit out of his rhetorical hat once again in his speech to the CIA. Back in January 2021, we commented that when he included it in his inauguration speech with this friendly advice: “a witty rhetorical figure loses its quality of wit when parroted over and over again.”

Biden has a litany of other examples, such as when he insists that “we can define America in one word: Possibilities.” And then there’s his favorite, “there has never been anything we haven’t been able to do when we’ve done it together,” which, on occasion, he mangles to mean its opposite (“There’s never been anything we’ve been able to accomplish when we’ve done it together,” spoken at the Democratic convention that nominated him in 2020).

Critics may conclude that mindless repetition occurs when the rational content of discourse vanishes. In Biden’s case one may wonder if it was ever there. At 79 going on 80, Biden, apparently seeking to run again in 2024, is already the “most unique” president, if age is the criterion. And that is most certainly not hyperbole. 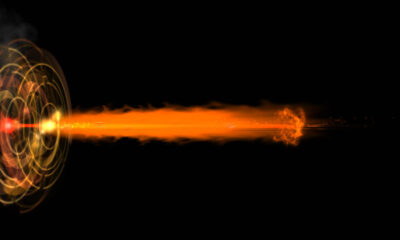