In his inaugural address, President Joe Biden endlessly insisted on the idea of “unity.” He repeated the word nine times. In the various media’s account of the event, commentators endlessly repeated a different word, one that Biden himself cited when he said: “This is our historic moment of crisis and challenge, and unity is the path forward.”

1. An adjective that calls attention to the special status or original character of an event witnessed by the media, signifying that the event may remain in the public’s memory at some later point in history, thanks principally to the media’s insistence that the unfolding event is far more important than it may appear to any serious historian.

US presidential inaugurations are predictable events. They happen every four years. Except in the case of a sitting president’s reelection to a second term, they mark a transition between two different personalities and two contrasting administrations. That fact alone will always have some minor historical significance. But the event itself is choreographed to follow essentially the same formal scenario from one administration to the next. Apart from this year’s social distancing, a reduced crowd and the wearing of masks, nothing in the event itself justifies calling Biden’s inauguration ceremony historic.

Biden’s inauguration program contained some of the unique features required by the glitz and glamor of today’s hyperreality. Lady Gaga sang the national anthem and Jennifer Lopez offered some complimentary patriotic entertainment. There was a rap-influenced poem recited by a young female black poet, Amanda Gorman, the first-ever national youth poet laureate. But nothing about its staging or content was original or unpredictable enough to merit the epithet historic. So why did all media commentators lose themselves in using that word to describe it?

They did have one good reason, though most reporters opted to spend more time on the first-ever enthronement of a female vice president, Kamala Harris. Though an unexciting politician as her performance in the Democratic primaries revealed, Harris offers two rare attributes besides being a woman. Their combined effect adds to the sense of this being a unique moment in history. She is the daughter of two foreigners, one black (her Jamaican father) and the other Asian (her Indian mother, and Tamil, to boot).

Oddly, no commentators seem aware of a true historical curiosity: that of the two individuals of African heritage to have risen to the presidential or vice presidential position — Barack Obama and Harris — neither are descendants of the American slaves who constitute the core of African American ethnicity. That means, from a historical point of view, there is still a gap to be filled.

The real reason Biden’s inauguration could be called historic was the absence of his predecessor, Donald Trump. But even that was not only predicted — by Trump himself — but also predictable, given his narcissism. The 45th president’s absence had no effect on the protocol of the event. It did, however, affect, at least unconsciously, everyone’s perception of the moment. For the first time in five and a half years, Americans had to face the odd fact that Donald Trump was no longer at the core of the news cycle.

For 22 minutes, Biden proceeded to produce a thoroughly unhistoric speech, rife with timeless clichés rather than the timely observations one might expect from a historic moment. Biden has always preferred pompous banalités and self-plagiarism to original thought. He predictably recycled his litany of crowd-pleasing but meaningless rhetorical formulas, already devoid of sense but even more so when repeated for the thousandth time.

As expected, there was the eternal (and historically false): “We have never, ever, ever failed in America when we have acted together.” At least he made it slightly more compact than on all the previous occasions. He drew applause with his stale chiasmus, “We will lead not merely by the example of our power but by the power of our example,” without realizing that a witty rhetorical figure loses its quality of wit when parroted over and over again. Inauguration audiences are trained to be solemnly polite. So, predictably, applause replaced the groans that Biden’s oft-repeated trope deserved.

The absence of a sense of true historical significance failed to deter the commentators. “A historic moment, but also a surreal one,” wrote Peter Baker in The New York Times, noting that unlike other inaugurations it “served to illustrate America’s troubles.” He seems to have forgotten a notable and recent precedent: the inauguration of Donald J. Trump, who famously evoked “American carnage” at the core of his inaugural address.

Trump’s speech four years ago was authentically surreal, as was so much that Trump thought, did or tweeted in the following four years. Trump himself, beyond his surreal acts, was the epitome of hyperreality, in the sense that he existed as a parody of the “normal” hyperreality of US politics. He permanently drew his audience’s attention to a political system built like a movie set façade and acted out following the rules of a scripted pro wrestling melodrama. Trump’s premature departure from Washington, DC, was exceptional, if not historic. But is there any justifiable reason to believe that Biden’s plodding return to normal hyperreality can be called “historic”?

Inaugurations are, by definition, theatrical exercises. As transitional moments, they mark a date in history, but that doesn’t make them historical. The one inauguration that still makes that claim —because it has remained in the collective memory — was John Fitzgerald Kennedy’s performance in 1961. That was poised to be historic because Kennedy was the youngest president ever elected and the first to break what should be called the WASP barrier. As a Roman Catholic of Irish descent, Kennedy was the first who didn’t fit the obligatory presidential mold of being white, Anglo-Saxon and Protestant.

But what people associate with that January 1961 event is the memorable line from Kennedy’s address: “Ask not what your country can do for you — ask what you can do for your country.” In contrast with Biden, Kennedy had never used that line before. It took people by surprise. First there was the syntax. It possessed Miltonic solemnity by eschewing the now obligatory “do” that structures negative commands in English. People normally say, “don’t ask” rather than “ask not.”

Kennedy made the injunction sound like a divine commandment. In reality, it was as empty of meaning as any of Biden’s formulas. Americans don’t need a president to tell them whom to ask and not to ask. There is no shame in asking your country to do something, even if it never gets done. Get the wealthy to pay their share of taxes, for example. They might even ask the country not to do something, such as launch a nuclear showdown over the presence of Russian missiles in Cuba or wage a war in Vietnam. And many people do spontaneously ask what they can do for their country, though their request is usually accompanied by the demand for some form of payment. Both Kennedy and Biden responded to the public’s expectations in an inaugural address of rhetoric that “elevates the spirit” and encourages feelings of generosity and solidarity. Because it is such a standard feature of inaugural addresses, the presence of such sentiments can hardly be considered historic. On the other hand, Trump’s “American carnage” was historic, simply because nobody expected it.

CNN desperately sought an original thought in Biden’s speech, something to relate to the “historic” nature of the event. Chris Cillizza wrote: “About halfway through his inauguration speech, President Joe Biden said something very important about the work of Washington — and how he envisions his presidency.” What did he find? Unlike Kennedy’s positive incitement to action, he selected Biden’s negative admonition: “Politics doesn’t have to be a raging fire destroying everything in its path. Every disagreement doesn’t have to be a cause for total war.”

That’s where the US finds itself today. It lives with the hope that disagreement will not produce war. And yet, a culture war has been raging for decades, inflamed by the media. For the first time in a century and a half, there is a sense that a messy civil war may break out. That truly is historic.

*[Correction: An earlier version of this article mistakenly referred to Amanda Gorman as national poet laureate.] 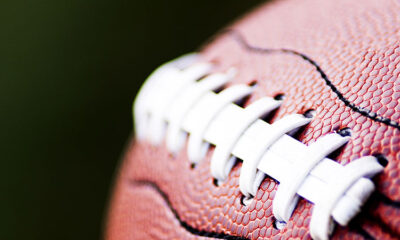 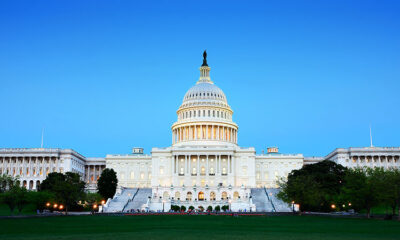 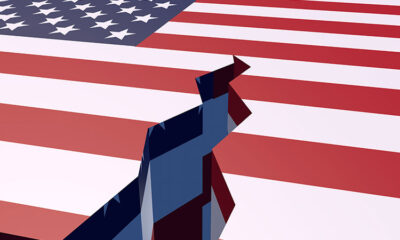