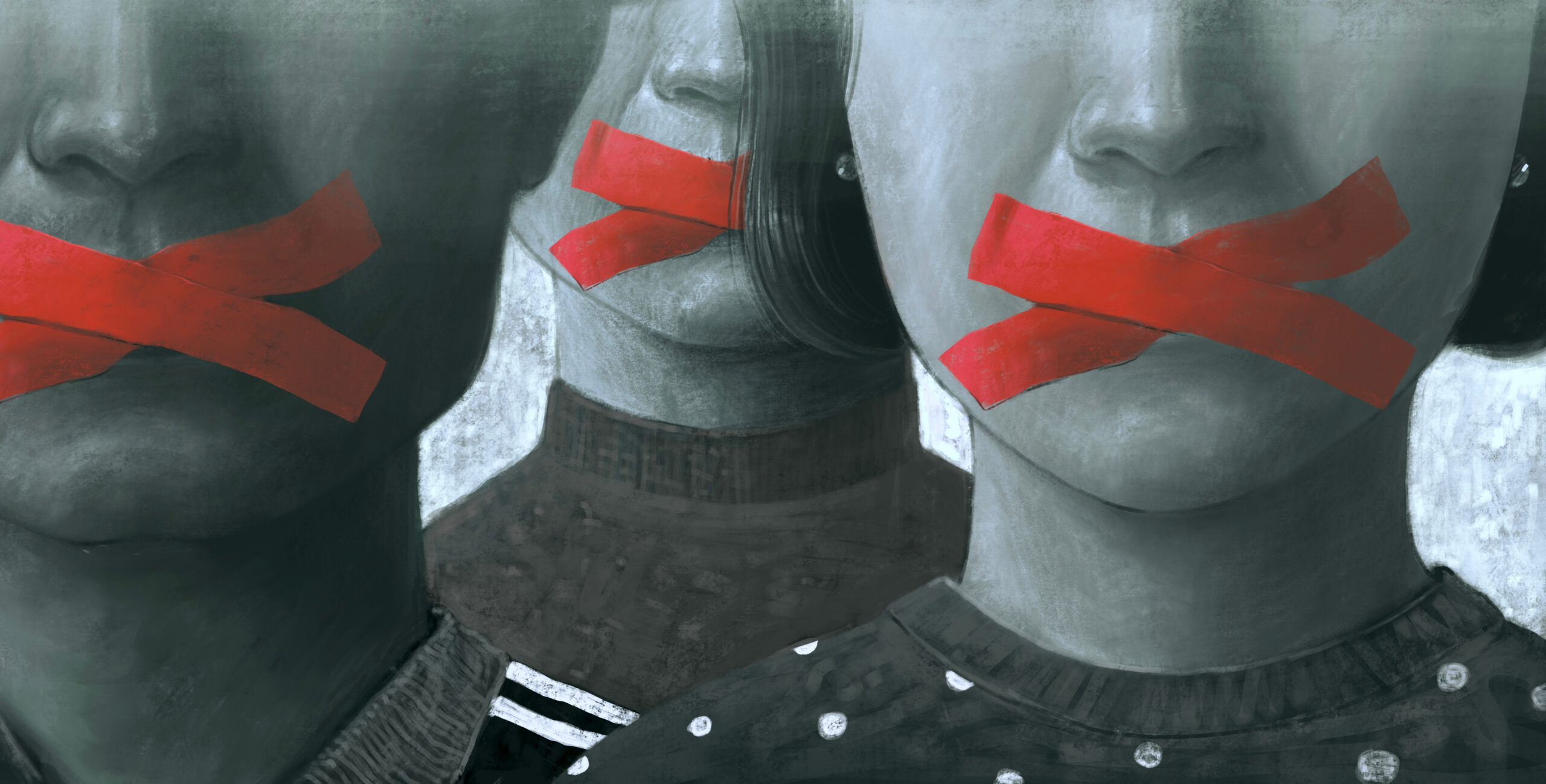 The idea that governments are the instrument of the people rather than an established ruling class became universally accepted as a feature of “evolved civilization” at some point in the 20th century. It is applied even in many traditional monarchies, such as the United Kingdom and Spain, though exceptions exist, notably in the Arabian Peninsula.

Modern dictatorships in the Marxist tradition think of themselves as governments of the people and for the people, though to a limited extent by the people. Otherwise, the standard model in most people’s minds is a liberal democracy, which essentially means a system in which ordinary people can cultivate the ambition to govern their peers and can hope to earn their trust by appealing to a popular vote.  The fact that governments are elected by the people should mean that no outcome decided by a privileged class or obscure clan is foreordained. Crises may occur – due for example, to abuse of power – but they are rarely expected to destabilize a system that has empowered the people to impose their will. Such crises represent challenges to overcome not proof of the defeat of democracy.

Increasingly in recent years, public voices have begun lamenting the fragility of democracy and even predicting its demise. The crisis began long ago. But it has been unfolding in an increasingly visible manner ever since the 2000 presidential election in the United States. That was the historical moment in which the fate of the United States – and therefore of the world – teetered on the edge of a hanging chad. The unease lasted in the following years, punctuated by clearly abusive wars and a massive collapse in 2008 of the economic system associated with the idea of democracy. Then it reached a paroxysm in 2016, a year marked by the unexpected results of an absurd referendum in the United Kingdom and the election of Donald Trump to the presidency of the United States.

Democracy has always been about debate. But debate has all but turned away from its original model, human dialogue aiming at the intelligent sharing and exchange of information. Dialogue implies seeking some form of mutual understanding to mitigate conflict, a state that if allowed to fester can only be resolved by the victory of one side and the defeat of the other. At a time when the White House and the official theoreticians of security in the United States evoke a “battle brewing between authoritarianism and democracy,” the confusion about what democracy means and how it translates into government has never been greater. Contemporary democracy appears to have cultivated a taste for conflict and the minimizing of dialogue.

At the core of the problem is the idea, not that people in democracies are called upon to deliberate on their form of government and its policies, but that democracy is conveniently and definitively summed up in the contests we call elections. Instead of the government of the people, by the people, for the people, we have evolved towards the government of the people, by the polls, and for the political marketers. A professional class dominated by marketers has taken over the traditional role that aristocracies had in pre-democratic nations. The shift from open popular debate focused on issues to be resolved to elections as horse races to entertain the public has been radically successful. Even the most sophisticated media have bought into this logic.

In a New York Times article with the title, “Democrats Fear for Democracy, Why Aren’t They Running on It in 2022?” The authors, Reid J. Epstein and Jonathan Weisman, disapprove of the strategy Democratic candidates appear to have adopted that consists of focusing on economic issues rather than the mechanics of democracy. While noting that Republicans haven’t given up the specious claim that the 2020 presidential election was rigged, they agree with one Democratic operative who insists, “We need to be making sure people are aware of just how real the threat to democracy is.”

If either party, the Democrats or the Republicans, were truly concerned with the fate of democracy it would focus on the role of governance and the policies of government rather than simply election procedures and outcomes. Elections are one tiny, isolated factor in the complex process of democracy.

One might suppose that reacting to the admitted crisis of democracy, the New York Times and its quality journalists would devote their considerable resources to unpacking the complex workings of democracy in their entirety. But that is clearly not the case. The authors are content to complain about a single issue: that Democrats are not living up to the “paramount importance” of “protecting voting rights and fair elections.”

One of the traditional issues in US democracy is how the system deals with injustice to minorities, particularly the descendants of African slaves. Slavery was obviously antidemocratic. Jim Crow was structurally undemocratic. But an entire political and social system, including today’s criminal justice system, is built on the principle of systemic discriminatory injustice.

At one point, the authors cite a black leader, Angela Lang.  “If people don’t see that Democrats are defending our right to vote, then people may not be enthused about coming out to vote.” Democrats need the black vote and generally expect to get it. But even if the question of voting rights were resolved, would it have any effect on the way democracy works? No. Black voters have begun to understand that it would simply provide a marginal electoral advantage to the Democrats, who have shown a consistent commitment to privileging the needs and wishes of donors (essentially white businesspeople) over voters. But that’s an issue The New York Times prefers to avoid.

The article cites one Democratic candidate who makes a claim the authors approve of. “It’s not jobs, it’s not gun violence — there are more important issues — but who you vote for affects all the other things.” That sounds reasonable because legislators are expected to deal with all those issues. The real problem to address is not who is elected, but why those who are elected consistently fail to achieve anything, no matter which party is governing.

The US Constitution was 37 years old when Phineas Taylor (P.T.) Barnum was born. The man who created the famous Barnum and Bailey circus claimed to dislike politics, but he served four terms as a representative in the Connecticut legislature. In politics, he was a brave reformer who, though a former slaveowner himself, vehemently opposed slavery and showed real concern for the general welfare.

Barnum was also a philanthropist. He helped define the prestigious role philanthropy would subsequently attain in US culture. He promoted an idea he called “profitable philanthropy.” He obviously knew something about profit, having built his fortune out of circuses and freak shows where he exploited people’s tendency to believe the most extraordinary nonsense, which he presented as paid entertainment. For that he thus deserves the title of the godfather of American hyperreality.

Barnum had an indirect but powerful effect on how democratic politics would evolve. He proved that hyperreality was the principle at the core of American capitalism. It was about finding ways to seduce the public for a profit. This was very different from the practice of democracy as originally envisioned by the founding fathers, which turned out to be complex and intellectually challenging for the generations of entrepreneurs who would make the American economy hum in subsequent centuries. Barnum’s methods of convincing people of the reality of the illusion of democracy proved to be more effective. It turned the spotlight towards elections as spectacular, competitive events rather than moments of political reflection. Democracy became a form of entertainment.

Just as Barnum discovered that “profitable philanthropy” was possible, the US political system evolved towards what can justifiably be called “profitable democracy.” The key was to focus on winning an election rather than on governing. That today’s journalists at the New York Times appear to endorse that view reveals not so much the existence of a “threat” to democracy as its terminal agony.

The New York Times can nevertheless be credited with producing at least one journalist up to the task and willing to focus on the meaning of democracy. Pulitzer prize winning Chris Hedges recently critiqued what he calls Joe Biden’s “pantomime of democracy,” claiming that “the political rot… now eating away at the nation is not going to be solved by elections.”

Some may, of course, remember that Hedges was fired by the New York Times two decades ago for his contumacious opposition to the paper’s reporting on the Iraq war. More recently, thanks to the new McCarthyism implemented in response to Russia’s invasion of Ukraine, all of Hedges’s informative and deeply analytical broadcasts produced over the past six years on RT have been taken down by YouTube. Many of them dealt with the continual degradation of democracy.

The New York Times is right to complain about the abuse of voting rights. But clearly, the crisis of US democracy cannot be exclusively attributed to the very real anomalies related to voting procedures and election results.