British rapper and spoken-word artist Potent Whisper is known for his socially conscious rhyming guides that have broken down the world’s problems into three-to-five-minute explainers. Over the last few years, his projects have included a lauded book, “The Rhyming Guide to Grenfell Britain,” which was given a mention in the chambers of the UK Parliament.

His take on the refugee crisis has taken a different spin, however, through a fictional narrative of a couple from Sudan, torn apart by conflict and who reunite in the dream world. It’s an audiobook called “Lucid Lovers,” which collaborates with producers ToneO and Essence, starring actors Mustafa Khogali and Hind Swareldahab, who were involved with the Sudanese uprising and have some experience of navigating the British asylum system.

What follows is the gripping, outlandish and also very real-to-life tale of Sameh and Ahlam. Facing barriers in the form of the European and UK immigration systems, they defy powers keeping them apart using the practice of lucid dreaming — having dreams where the dreamer is aware they are in a dream and even gaining control over some of the dream’s elements.

Potent explains the concept as part of the book using his signature rhyming-guide format, the “The Rhyming Guide to Lucid Dreaming,” and in which he offers another perspective on dreams: “They won’t let us dream, / They want us living their illusion. / That’s why dreaming is a radical act. / Dreaming is resistance.”

It’s a fascinating take on the politics of freedom of movement through the metaphysical and genre of romance, set against hip hop and poetry. And the project has led Potent to do workshops on lucid dreaming and the freedom of movement with young marginalized people. Without a doubt, the project is timely. As the peak summer period for migration has seen record numbers of people crossing the English Channel on flimsy boats, hostile anti-asylum rhetoric has stepped up.

In this guest edition of The Interview, Sophia Akram talks to Potent Whisper about the inspiration and the concepts behind “Lucid Lovers.”

Sophia Akram: A lot is going on in the final output: storytelling, poetry, music, politics, metaphysics intertwined with love and human-interest genres. What made you feel this was the best way of telling a story that is fundamentally a lesson on migration?

Potent Whisper: Somebody will tell you they oppose freedom of movement until they fall in love with somebody from another country and become separated by borders.

It seems to me that people only care about stories that reflect or benefit their own lives in some way. By introducing leading themes of love and dreams, I am speaking to experiences that people share all around the world.

Hopefully, by using this common ground, I have, in some way, provided a non-politicized audience with the space to venture beyond their own lived experiences; to recognize their shared humanity with the characters and begin to care about them beyond the book.

Akram: A passion and compassion for the subject of freedom of movement and the plight of asylum seekers come through. What galvanized you on the issue?

Potent Whisper: The idea that immigrants and asylum seekers are problematic is one that has been relentlessly smashed into the consciousness of the general public by politicians and the mainstream media. This is not only a lie that causes the suffering of immigrants and asylum seekers — which is more than enough reason to write this book — but it is also a lie that simultaneously enables the suffering of the average “English” person who was born in this country.

The average British person who is struggling to make ends meet does not feel angry with a government that needlessly chose to implement austerity measures. Instead, they would point to the vulnerable and desperate asylum seeker who came to this country in the simple hope of finding safety.

I am not exactly the smartest guy in the world, but it doesn’t take a genius to see that the scapegoating of immigrants (and Muslims) is one of the major enablers of the transferal of public wealth into private hands, via government, in this country and around the world. To quote a passage from “Lucid Lovers,” when Ahlam asks Samer to explain Brexit:

“The British government decided to give bankers hundreds of billions of pounds after the financial crisis in 2008, crippling the British people through austerity measures. They had ten years of misery and the country saw a genocide of the poor but the government managed to redirect their anger away from the powerful people who are consciously killing them and instead towards immigrants and Muslims. This was coupled with the notion that leaving the European Union aka ‘Brexit’ would stop immigrants from entering the country and thus improve living conditions in the UK. The truth, however, is that the effects of Brexit will worsen their real situation. But when the leader of the opposition tried to warn everybody, he was portrayed as a racist and terrorist sympathiser and so the British public voted for an actual racist terrorist and now they’re all screwed.”

Akram: Lucid dreaming sounds wild. Is it real, and how did you come to know about it?

Akram: I sometimes know when I’m dreaming — is that the same thing? You also touch on dream sharing — is that possible? How would someone find out more about lucid dreaming and what are its benefits?

Potent Whisper: To become lucid means that you are aware that you are in a dream. With some practice, you can then learn to control or direct elements of your dream, which not only allows you to do things that are impossible when awake — like flying — but can enrich your life and improve your wellbeing in the waking world too. For example, lucid dreaming can be used to practice and develop skills whilst we are asleep: If you are learning to play the piano, you can use lucid dreaming to practice playing and, when you wake up, you will have improved accordingly.

Lucid dreaming can also be used to help us process emotional traumas, heal our bodies, consolidate and memorize new information, and so much more. On a more spiritual level, many people have reported that they use lucid dreaming to communicate with ancestors or seek guidance from their spirit guide.

Certainly, I have found that when I face a difficult challenge in life, a solution can often present itself to me whilst contemplating the problem in a lucid dream. The practice also has huge creative potential with many iconic artists and inventors pointing to the dream world as the source of their work. Believe it or not, I actually wrote parts of the audiobook whilst I was in a lucid state. My “The Rhyming Guide to Lucid Dreaming,” which features in the audiobook, explores the benefits of lucid dreaming in more depth.

In terms of dream sharing: It is important for the audience to understand that the character’s ability to share a dream and inhabit the same dream space is very different to lucid dreaming. Unlike lucid dreaming, sharing a dream is not widely reported or scientifically recognized as being possible in real life. Though that doesn’t mean it hasn’t been or can’t be done!

*[The project, funded by Arts Council England, is available to stream and download for free at LucidLovers.co.uk.] 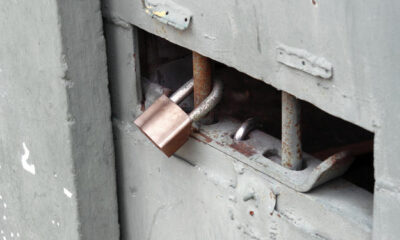 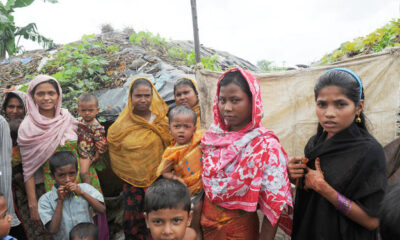