Art in the eyes of financial journalists is just another set of objects for sale, but at what price?

To really understand the gap between the narrowly focused world of finance and the vast universe of the arts, what better place to go than the experts at Yahoo Finance and a video discussion entitled, “Robo-Rembrandt has some artists worried about their future.”

Yahoo Finance typically tells us what we need to know about the monetary value of everything that exists. But when it ventures into the domain of art, Yahoo embarrassingly reveals, and in some depth, what it is like to be a certified Philistine.

Someone who is so used to being thought of as an expert that they dare boldly display in public not only the depth of their ignorance about the arts, but also their utter lack of sensitivity to the role of art in human societies

For once, let’s just stroll through the story, citing the quotes and offering brief comments. It begins with journalist Alexis Christoforous telling us that “artists may be the next victims to lose their jobs to robots.” It leads us to wonder how she imagines the job market for artist-painters is structured and which companies they work for. For people in the financial world, clearly anyone who produces something — whether it’s an electronic component, a pair of socks or an original painting — is doing a “job” and is employed by a (hopefully listed) company.

Then she makes this confession: “I saw this story. I thought it was a bit blasphemous.” Has the subject changed from art to theology? Most people know what blasphemy is, but apparently the three journalists in the story aren’t quite sure. Do they believe that Rembrandt is God?

Abandoning theology, Christoforous informs us that artificial intelligence has succeeded in producing a painting that “looks similar to the works of the 17th century impressionist painter, Rembrandt.” As she is speaking, the camera pans quickly across the painting. It looks nothing like a Rembrandt, except perhaps the palette of colors. Only a Martian or Montesquieu’s Persian, who had never seen a single work of Western art from any period, would see any resemblance. But financial journalists don’t “see” art. They only see its monetary value, as we discover from the rest of the conversation.

The real scoop is that, for the first time, we learn that Rembrandt was an “impressionist,” an adept of the famous movement art experts (unfamiliar with Yahoo Finance) believed only began in the second half of the 19th century. If that is true, the Rembrandt estate should start demanding royalties from Monet, Pissarro, Sisley and the others who abusively hijacked the brand.

This is followed by a short, surreal exchange about whether the painting to be auctioned at Christie’s is expensive (at $7,000) or cheap. Christoforous asks, “what does this mean for the painters and the art industry?” The art market exists, but does she really believe there is something called the “art industry” that has something to do with artists? The real art industry focuses on decoration, industrial reproduction and distribution of commercial art.

We then learn from journalist Melody Hahm that “there might be young money folks out there that want to buy replicas of things and something that is in the image of an original.” But robo-art is not about replicas or duplicating the “image of an original.” The only thing that has meaning for her is the idea of “young money folks,” a particular type of consumer willing to spend money on a particular type of merchandise. That’s how financial journalists think.

Ethan Wolff-Mann then recounts a heist in which a group of Rembrandts were stolen. He finds it amusing that the thieves were less interested in the beauty of the paintings than the value of the Rembrandt name. We thus learn that thieves — like the journalists themselves — are keenly aware of the market value of what they steal. They may be hypocrites, but at least they aren’t Philistines. They wouldn’t confuse a robo-painting with a Rembrandt.

Christoforous then confesses to buying “knock-off paintings,” which she glosses as “a lovely print, a lithograph or something.” This leads to Hahm explaining the “average consumer” art market, which should be more “democratized,” mainly because “no one can afford a Rembrandt.” Really? She continues, “But if you can find something that is somewhat in that area, why not complement your existing art portfolio?” Now there’s an interesting subject: learn to manage your art portfolio.

Hahm goes on to tell us about Paris, where “they actually have people painting” in museums, which, picking up the earlier hint, she terms “blasphemy.” She imagines that this is “somebody who has been hired by the museum itself” (no, Melody, they are not employees with jobs!) whose purpose is to produce a “beautiful copy” of a work to sell to consumers who can’t afford the original. She seems to believe the Ecole du Louvre is an outlet in the “art industry.”

As Robert Browning once wrote, “God’s in his heaven, all’s right with the world” — God, in this case, being Rembrandt. 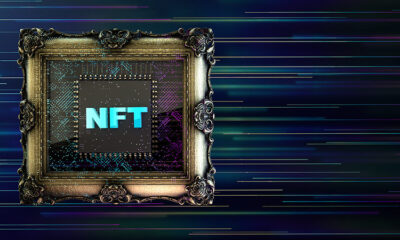 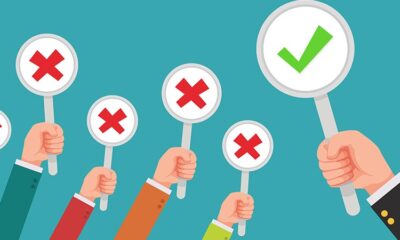 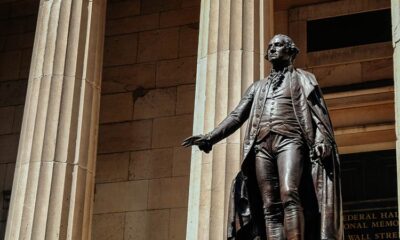