Many will remember 2020 as the year of COVID-19, an invisible pestilence that is still haunting the world a full year after its outbreak in the form of a global pandemic. Though it is still rather early, 2021 may one day be remembered as the year of an unexpected financial epidemic, the craze for NFTs, or non-fungible tokens.

For the uninitiated, NFTs are titles of ownership of works of human creativity secured over a blockchain network. They essentially consist of artwork, music and cultural artifacts that exist only in a digital format. Of course, their purely digital nature means there is no proof of their human origin. Nothing in the way the objects of NFTs are produced and disseminated prevents artificial intelligence from being the actual ŌĆ£creativeŌĆØ author. The only thing we can really know about these objects is their price, which for some highly prized NFTs can reach astronomic summits. Their value nevertheless appears to be linked in the purchasersŌĆÖ minds to the belief in human authorship. But, unlike the traditional art market, that consideration has more to do with the name and fame of the author than evidence of craftsmanship.

Steven Levy, writing for Wired, illustrates the phenomenon by citing the example of a song the electronic DJ 3Lau successfully auctioned as an NFT via the internet. The purchaser, identified as ŌĆ£Bidder 65,ŌĆØ acquired the precious token for a sum in cryptocurrency estimated as the equivalent of over $3.66 million. As Levy points out, ŌĆ£Bidder 65 now has unique access to the song, which others one day might hear for free.ŌĆØ

The attribution of value to works of art that even their purchasers may not find attractive is not a new phenomenon. Even in the traditional art market, aesthetics have less to do with the price of a work of art than the reputation of the artist. But in the art market, the purchaser takes material possession of the work of art and may even feel a physical relationship with the object. Tokens are nothing more than named items in a ledger.

So, how can they command such elevated price tags? Levy offers this explanation: ŌĆ£While it seems radical to ascribe such crazy value to strings of bits, remember that money itself is an abstract concept, where everyone agrees to pretend that thereŌĆÖs value in what we call dollars, euros, or renminbi.ŌĆØ

Some commentators see NFTs as a welcome opportunity for creators of cultural artifacts, who might otherwise have difficulty living off their creativity. Any enterprising artist or performer can now put a price on the NFT of one of their works or auction off the exclusive title to the highest bidder.

The rapper Grimes, the mother of Elon MuskŌĆÖs latest child, managed to sell the NFT of a 50-second video for $389,000. She sold a series of titles for a sum approaching $6 million. Struggling artists trying to make a name for themselves and finance their careers in a deeply competitive world are unlikely to have similar success. No one, by the way, would confuse Grimes with a struggling artist. Nevertheless, there are likely many other 50-second videos produced by original artists with more substantial aesthetic appeal than the one Grimes sold for nearly $400k.

Mitchell Clark, writing for The Verge, provides a simple analogy to illustrate the economic logic underlying the phenomenon. ŌĆ£NFTs are designed to give you something that canŌĆÖt be copied: ownership of the work (though the artist can still retain the copyright and reproduction rights, just like with physical artwork),ŌĆØ Clark writes. ŌĆ£To put it in terms of physical art collecting: anyone can buy a Monet print. But only one person can own the original.ŌĆØ

In other words, original works that exist as physical objects can be successfully copied by skilled artists or even stolen. Their value is uncertain. But an inalienable title of ownership cannot be copied and so the title becomes more valuable than the content of the work. Because it exists in a blockchain ledger, it cannot be compromised.

ShakespeareŌĆÖs Romeo, appalled by the barrier to the fulfillment of his love that the two loversŌĆÖ family names put in his path, queried the logic of his situation with the question: ŌĆ£WhatŌĆÖs in a name?ŌĆØ He then reassured himself that ŌĆ£a rose by any other name would smell as sweet.ŌĆØ Romeo apparently had philosophical grounds for rejecting the nominalism of William of Ockham. In ShakespeareŌĆÖs era, it was still possible to believe that substance could still effectively trump appearance. In RomeoŌĆÖs eyes, Juliet possessed a value independent of her title as a member of the Capulet family. With the evolution of the economy in the centuries since Shakespeare, both titles of ownership and digital appearance have clearly eclipsed substance.

This long-term trend is largely due to the role money itself has assumed as the only true measure of everything. As Steven Levy points out, ŌĆ£NFTs are simply an evolution of our imaginative machinations of making common stuff worth paying a lot for.ŌĆØ

To understand why NFTs actually tell us something about the world we live in and how the financial engineers of our brave, new world have allowed hyperreality to replace reality, we must trace the historical trends that have led to producing the ŌĆ£logicŌĆØ underlying NFTs.

At the top of the list is humanityŌĆÖs widely shared belief in the sacrosanct law of supply and demand. The emergence of the law is sometimes credited to the 14th-century scholar Ibn Taymiyyah, who wrote: ŌĆ£If desire for goods increases while its availability decreases, its price rises. On the other hand, if availability of the good increases and the desire for it decreases, the price comes down.ŌĆØ

This observation subsequently became the golden rule of capitalism and the market economy. Anything that can be identified as rare, and for which demand can be created, will command a high price in the marketplace. Because ownership is limited, usually to one person, ownership can itself become an ingredient of market value, independently of what is owned. ŌĆ£ItŌĆÖs all based on demand,ŌĆØ Levy tells us, ŌĆ£and at this moment, the demand for NFTs is booming.ŌĆØ

Some see a historical link with the patronage system that allowed artists during the Renaissance to realize their ambitions. Wealthy aristocrats took artists under their wing to enable the creation of MichelangeloŌĆÖs sculptures and ShakespeareŌĆÖs sonnets. Without their generosity, some of the greatest works of the European tradition would never have seen the light of day. But it wasnŌĆÖt about either ownership or monetary value. Most patrons were driven by a belief in their role as stewards of a refined culture for the benefit of their community.

Developing his reflection on the Monet painting, Mitchell Clark observed that ŌĆ£if I got a Monet, I could appreciate it as a physical object. With digital art, a copy is literally as good as the original.ŌĆØ In other words, NFTs mark the point in history at which the material world literally has lost its competitive advantage over hyperreality. If I own a Monet, I can not only admire it, but even explore the brushwork. The owner of a reproduction only sees the effect of the brushwork. I have the added thrill of knowing that what I can see and touch is the very material that Claude Monet saw and touched. Not only are NFTs not fungible; they are not tangible.

Levy quotes the novelist William Gibson who ŌĆ£famously described cyberspace ŌĆ” as a ŌĆśconsensual hallucination.ŌĆÖŌĆØ That is the definition of hyperreality. We have lost the distinction between cyberspace and real space. It represents the ultimate transformation of the consumer society, the triumph of fame as fame alone, rather than what fame produces. Value is now synonymous with price. Oscar Wilde famously defined the cynic as someone who ŌĆ£knows the price of everything and the value of nothing.ŌĆØ The NFT craze shows us that our culture has reached the pinnacle of cynicism.

*[In the age of Oscar Wilde and Mark Twain, another American wit, the journalist Ambrose Bierce, produced a series of satirical definitions of commonly used terms, throwing light on their hidden meanings in real discourse. Bierce eventually collected and published them as a book, The DevilŌĆÖs Dictionary, in 1911. We have shamelessly appropriated his title in the interest of continuing his wholesome pedagogical effort to enlighten generations of readers of the news. Read more of The Daily DevilŌĆÖs Dictionary on Fair Observer.] 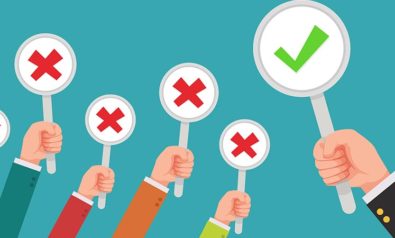 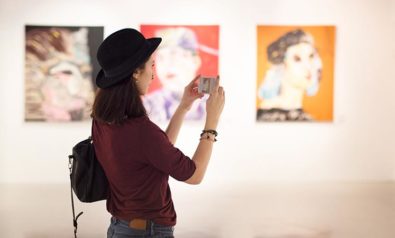