Mao Zedong once stated that “Women hold up half the sky.” This has been particularly true over the past months with COVID-19 wreaking havoc across the globe. In fact, it is legitimate to claim that during the pandemic, women have held up significantly more than their share of the sky. Anyone who has regularly gone shopping in their local supermarket can attest to that. Even at the height of the pandemic in the spring of this year, women cashiers, women stocking the shelves, women at the information counter, women counting the number of customers entering and leaving the store continued to show up for work, assuring that a modicum of “normalcy” was maintained.

Add to that the myriad of women in health services and education, to mention only the most prominent sectors, and the Herculean effort women have made to alleviate the fallout of this crisis becomes glaringly obvious. And this does not even touch upon the too-often forgotten, because unremunerated, work women have done in the privacy of their homes, as wives and mothers guaranteeing the continued smooth running of the household. Or the fact that once schools closed, mothers took on the extra task of homeschooling their kids, countless of them having to make the choice of sacrificing their jobs in order to do so.

Short End of the Stick

More often than not, unfortunately, reality is not a romance novel — appreciation does not come easy. And often enough, good people end up getting the short end of the stick. COVID-19 has once again proved the point. Women have been among the most prominent victims of COVID-19, not necessarily as direct casualties — men have generally been more likely than women to die from coronavirus-related health problems — but as the objects of COVID-19’s “collateral damage.” In the process, the pandemic has dealt a significant setback to gender equality.

This is the tenor of a growing number of studies and reports by various national and international institutions. In general, COVID-19’s economic impact has been significantly more pronounced for women than for men. Whereas “regular” economic downturns tend to affect men more severely than women — since men tend to work in sectors that closely tied to economic cycles, such as manufacturing and construction — in the case of COVID-19, the reverse has been the case, for a number of reasons. For one, as a recent academic study has shown, “the employment drop related to social distancing measures has a large impact on sectors with high female employment shares.”

In general, women account for roughly 40% percent of the global workforce. Unfortunately, as a post on the website of the World Economic Forum has pointed out, “they are over-represented in three of the four most in-decline parts of the global economy” as a result of the pandemic: “accommodation and food services (54%); retail and wholesale trade (43%); and services such as arts, recreation and public administration (46%).”

As a result, women have been disproportionately affected by layoffs. In Switzerland, for instance, 3% of the country’s workforce lost their job as a result of the pandemic; 70% of them were women. In the United States, between March and early April, female employment dropped by 13%; among non-college-educated women, by 15%. On a global scale, the consulting firm McKinsey has estimated that job losses caused by the pandemic have been around 1.8 times higher for women than for men.

The impact of the pandemic has been particularly severe for women with children. The temporary closing of nurseries and schools in early spring meant a substantial increase in the time women spent on childcare, including homeschooling. All of this, of course, represents unpaid labor, done, at least in part, to allow men to continue to work in their higher-paying jobs. This, at least, is the conclusion derived from an Austrian study. In couples with at least one child, the study found, women spent on average nine and a half hours per day doing unpaid work, men around seven.

What this suggests is, as a recent Swiss study has shown, that COVID-19 has often resulted in a considerable “reduction of women’s employment capacity.” In Germany, for instance, in households with at least one child age 14 or below, more than a quarter of women, but only around 15% of men, reduced the time they spent on the job in order to guarantee childcare.

Given the importance of uninterrupted work experience for advancement and promotion, this is not only likely to have a negative impact on women’s future career chances and earnings potential, it is also likely to hamper, at least for the time being, further progress in narrowing the gender wage gap. Not for nothing, most of the recent publications that deal with this question conclude that COVID-19 has critically reversed years of progress for women and “worsened gender inequality.” A recent McKinsey report warns that Covid-19 is likely to “set women back half a decade.”

The economic impact of the COVID-19 pandemic on the life chances of women has been dramatic across the globe, and so has its socio-psychological impact. The arguably most disastrous fallout of this health crisis has been an upsurge in domestic violence. CNN, for instance, has claimed that the pandemic has triggered an “explosion of domestic abuse on a global scale.” UN Women has referred to violence against women in the context of COVID-19 as the “shadow pandemic.” Data suggest, Un Women has charged, that “all types of violence against women and girls, particularly domestic violence, has intensified.”

In the UK, for instance, a BBC investigation found that two-thirds of women in abusive relationships suffered more violence from their partners during the pandemic. A large majority of the victims said that the lockdown had made it harder for them to escape their abusers. Unfortunately, reliable data are still rather sparse; empirical studies, if they exist, are preliminary. What they suggest, however, is that strict measures, such as lockdowns or quarantine, have tended to exacerbate interpersonal tensions and, with them, incidences of violence. In most cases, women have been the targets of violence and abuse, especially in low and middle-income countries.

In most of these countries, COVID-19 has resulted in a significant disruption of sexual-health services and supply chains for contraception. In India, for instance, between December and March, “the distribution of contraceptive pills and condoms dropped by 15% and 23%, respectively,” resulting in a rise in unwanted pregnancies. In its spring report, the UNFPA projected that pandemic-driven disruptions in access to contraception would potentially result in more than 47 million women losing access to contraception, “leading to 7 million unintended pregnancies in the coming months.”

By now, there is overwhelming evidence that once again, women have been in the forefront of the struggle to maintain a modicum of normalcy in a very critical situation. At the same time, they have been its primary victims. COVID-19 has, once again, thrown into sharp relief the extent to which inequality, injustice and violence continue to inform the reality experienced by large parts of women in today’s world. As has been pointed out on numerous occasions over the past few months, teachers and nurses are significantly underpaid with regard to their contribution to society.

The contribution women have made to the functioning of society more often than not continues to go unnoticed and unappreciated. And that despite the fact that without women’s gainful employment, overall inequality would be even higher than it already is. In the United States, more than “40 percent of all mothers are either the sole or the primary breadwinners for their families, and 70 percent of couples are now dual earners.” And yet, more often than not, their effort is dismissed.

It has become a worn-out trope that as a result of this pandemic, nothing will be the same as before. There is no return to the status quo ante. Forgive my skepticism. We have heard this before, most recently in the aftermath of the near-collapse of the global financial system in 2008. Yet if, for whatever reason, this time, things will be fundamentally different, one of the central items on the agenda must be gender equality. That means gender equality now, not within the next 100 years or more, as the most recent World Economic Gender Gap Report projects. Women cannot hold up half the sky if they are being pushed down by their male counterparts. 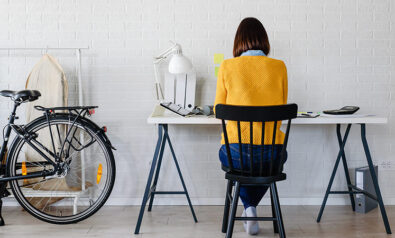