The COVID-19 pandemic and the associated lockdowns have spawned a lot of changes in workplace norms. As it turns out, these norms have had both positive effects and unintended consequences concerning things like remote work and how it impacts employees. While there has been some room for growth and increased flexibility, it is possible that the pandemic has undone some of the more progressive developments of the last decades. Nowhere is this more visible than in the issue of gender equality in the workplace.

As some of us begin to return “back to normal,” a new threat is emerging. Research indicates that men are far more likely to want to come into the office than women, threatening to bring back the days when office spaces were dominated by men. What does this mean for the future of gender equality in the workplace?

First, let’s look at the raw numbers. A recent UK-based poll of over 2,000 business leaders, office managers and employees shows that almost 70% of mothers want to work from home at least once a week when the pandemic is finally over, versus just 56% of fathers. Given that many employers are keen to accommodate the wishes of their staff when it comes to work format, this means within a few short years, we could see offices that are less gender-balanced than they are at the moment.

It could be contended, of course, that this does not matter so much. The experience of the pandemic has proven to many employers that it’s more than possible to build a productive remote workforce without interrupting business operations. There are numerous tools that allow most things to be done virtually, and many people are more productive at home than in the office. Similarly, working from home doesn’t appear to be correlated with lower wages in itself. For example, the average US freelancer makes $45 an hour, a figure that hasn’t changed that much over the pandemic period.

However, there are some real concerns exposed by the research. Chief among them is the fact that, for women, career development appears to be positively correlated with in-person work. In other words, while working from home doesn’t appear to affect men’s prospects of getting promoted, it does for women.

In-person attendance at the office can boost an employee’s career prospects, if only because they are more visible in the workplace. Given this, it’s easy to see what may begin to happen if women work from home more than men. Not only will individual women be passed over for promotions, but companies will start to see increases in the gender disparity in leadership roles. Even more problematically, some research suggests that this effect is cumulative in that high-ranking executives are more likely to work from the office rather than home, thus exacerbating the problem further.

The Cost of WFH

The research also raises some troubling questions about the way in which employees see their responsibilities. Implicit in many women’s responses to the survey was the idea that they need to balance domestic responsibilities with their professional lives. In other words, more women may choose to work from home, not because they actually want to, but because they are already disproportionately burdened with things like childcare responsibilities. This risks exacerbating the long-standing gender gap when it comes to unpaid labor like domestic work.

The problem here is that many companies are (rightly) presenting a choice to workers to either continue working from home or come back to the office. And while this is presented as a choice primarily related to wherever a worker thinks they will be most productive, the choice is made more complicated for many women by gendered expectations.

There is a well-established link between domestic labor and professional career advancement. It is well known that unpaid household labor has always been a barrier to women advancing at work as the majority of domestic and childcare responsibilities continue to fall on women. This has only worsened in the pandemic when mothers were, for example, more likely to take on the responsibility of educating their children when schools were closed.

As we emerge from the pandemic, we may be exacerbating these damaging stereotypes. It would be very troubling, for instance, to return to a world in which many families feel that men “belong at the office” and women “belong at home.” Even if the women at home are working, it doesn’t hide the fact that this attitude reminiscent of the 1950s will now result in women working full time as well as shouldering most of the household work.

This effect may be even worse among minority groups. There are already many barriers to entry for minorities in business, tech and numerous other fields independent of gender, so these communities could be even more greatly affected by the gender gaps left over from the pandemic.

It is important, of course, to recognize women’s agency in making the choice to work from home. For many women, the last year has been a revelation because it has given them the flexibility they’ve long been asking for when it comes to balancing professional and domestic responsibilities. For many women, this flexible schedule is a major advantage and is one of the reasons why they may be reluctant to return to the office.

While we must recognize these hidden costs, it is equally important to admit that the pandemic hasn’t been entirely bad news, even when it comes to gender equality. The normalization of remote work has saved many women hours in commuting time and given them back control of their schedules. These short-term gains should not be ignored.

Similarly, this normalization of remote work may allow women to advance their careers in other ways. We’ve seen a spike in online businesses being founded over the past year, as there are now more types of businesses that can be run entirely online than at any time before. Subsequently, many women have taken advantage of working from home to research the different types of online businesses they can start.

Also, having men home from work — especially for couples who follow more old-fashioned gender roles — may also have had a positive effect on how involved men are in childcare and domestic labor. Many couples have been able to divide these tasks more evenly over the past year, adopting more egalitarian strategies in the division of labor. These strategies, it has been suggested, can improve couples’ performance and well-being, and even their professional productivity.

Still, challenges remain. We should remember that not all households are headed by heterosexual couples — or couples at all — which may complicate an approach that seeks to use existing gender stereotypes to reach a more equal division of labor. Similarly, in a social environment where even the radical right is trying to use feminism as a rallying cry, raising the issue of gendered labor risks polarizing the debate. We must be careful not to get bogged down in such polarization lest it cloud the facts of the matter and prevent progress.

It is possible that some of these concerns will not come to pass. There is, in fact, a school of thought that argues that the post-pandemic period will be much like the times we thought may never return. Nevertheless, given the hard work and the bravery that it took to reach the still-incomplete state of gender equality at the end of the previous decade, it would be wise to pay attention to issues like these moving forward.

It may be the case that family and childcare policies will be the way toward post-pandemic recovery. Ultimately, we should be careful to ensure that the pandemic doesn’t reverse the progress we’ve made on gender equality while also recognizing that working from home can be a positive step for many women. 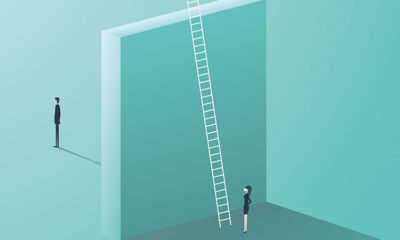