I am one among a relatively small number of men who for some time have been fascinated by romance novels. As is well known, romance novels are among the most popular genres in contemporary literature. The field represents a vast market, likely to have substantially grown over the past several months as a result of COVID-19. Amazon has certainly provided a major boost to romance writers, offering them a popular platform to market themselves and their creations.

Romance Novels Are a Weapon Against Misogyny

Unlike in the past, the large majority of contemporary romance novels promote a very progressive view of women and their role in society. Jessica Peterson, the author of the successful Charleston Heat series, has gone as far as to claim that the romance genre is feminist: “Romance is one of the few genres that explicitly puts a woman’s dreams and desires, sexual and otherwise, front and center. It’s one of the many reasons I love reading it.”

The notion that romance novels propagate an image of women largely in tune with current-day feminism is still somewhat controversial. Yet it has found growing support. As early as 2013, an article in The Atlantic endeavored to show “how romance novels came to embrace feminism.” A few years later, the author of an article on the genre in the online women’s magazine Bustle characterized romance novels as some of the perhaps “most rebellious books you can read right now.” Romance novels, she affirmed, are “practically the only books in which women get exactly what they want, all of the time, and aren’t asked to feel bad about it.”

To be sure, de León’s books are particularly aimed at raising readers’ consciousness. After all, the author is a lecturer in the African American program at UC Berkeley. Yet even more mainstream, commercially successful romance writers routinely weave uncomfortable topics into their narratives, such as violence against women, rape, sexual and occupational harassment, cheating, miscarriage — the list goes on. I

n fact, on Goodreads, reviewers routinely provide “trigger warnings” to unsuspecting readers who might be offended by cheating, unprotected sex, explicit sex in general (good Christian appropriate novels without sex scenes are referred to as “clean” as if sex was something “dirty”) — again, the list goes on. In any case, it is a fact that contemporary romance novels are a far cry from what the genre used to be in the past, one that promoted traditional gender roles, the stereotypical world of hospitals with shy, beautiful nurses waiting to be scooped up by a dishy chief surgeon.

Today’s female protagonists of romance novels tend to be strong, determined and, most important of all, refuse to take shit from men. They are strong enough to overcome hardship, excel in their chosen professions and fight hard to get what they want — including a partner for life. Arguably most important of all, today’s rom-com heroines are in charge of their own sexuality and, equally important, deserving to get full sexual satisfaction.

What It Means to Be a Woman

And yet. It is an indisputable fact that contemporary romance novels tend to propagate a distinctively progressive image of women — even if, on occasion, the novels’ heroines end up being rescued by their man from nasty bosses, evil exes and cruel parents. Perhaps this is a wink to the human, all too human in all of us, as Nietzsche once put it — the satisfaction we feel when the bad ones get what they deserve.  There is, however, one thing that is far more troubling when it comes to the way romance novels tend to end, which is far more difficult to reconcile with the feminist contemporary romance novels project.

In the vast majority of cases, at the end of story, the heroine finds out she is pregnant — to the delight of the hero. Even more annoyingly, in a minority of stories, the heroine or the hero express a strong wish for a large family, the more the merrier. In one novel, the hero wished for a whole football team of babies; in another, more than five. Strangely enough, there is no consideration as to what this might do to a woman’s physical integrity, the issue central to feminist sensibility.

In the age of global warming, pandemics and overpopulation, one would suppose having a large family would be about the last thing a woman author should want to propagate. Given the vast readership romance novels command, particularly among women, one would suppose that the authors have a certain moral responsibility to “enlighten” their audience not only about the delights of sexual satisfaction but also about the stark realities of today’s world and its ethical implications for individual action.

The reality is that, when it comes down to it, contemporary romance novels continue to propagate a quite traditional notion of what it is to be a woman. She might be sexually adventurous, even kinky, living out her libido; she might take on any challenge thrown at her; she might take the opportunity to be “free to choose,” as Milton Friedman once put it, in a fundamentally different context. Yet when it comes down to it, her ultimate destiny continues to be a mother. Without a baby to her credit, a woman falls short of what it means to be a woman, career success notwithstanding.

This might explain why romance novels, despite all feminist aspirations, hardly ever address the question of abortion. Yet reproductive rights have been at the center of the feminist struggle. The upcoming fight in the US Senate over the appointment of Amy Coney Barrett, a devout Catholic and mother of five, to the Supreme Court, is going to be over the abortion question. In virtually all of the romance novels where the heroine is confronted with an unplanned pregnancy, she decides to keep it.

Contemporary romance novels, intentionally or not, do a non-negligible job in motivating their predominately female audience to empower themselves, to stand up for themselves and take charge. In this way, they make a substantial contribution to the feminist cause. Ironically enough, their promotion of a traditional understanding of a woman’s role in society cannot but undermine the former. In today’s world, marked by climate change, environmental destruction and species extinction on an unparalleled scale, alongside the ensuing threat of a global cataclysm, the promotion of a natalist narrative by a large majority of contemporary romance novelists is somewhat counterproductive.

To be sure, the primary aim of romance novels is to distract their readers from the often depressing reality of daily life, to provide an escape mechanism similar to TV soap operas and Hallmark movies. It is easy to disparage these genres, particularly if you belong to the privileged who never had to worry about rent payments at the end of the month, making do with instant noodles as the only affordable food and paying off horrendous college loans. Yet if the authors of romance novels claim that they promote a feminist agenda, they need to ask themselves whether or not the promotion of an image of a woman’s “ultimate” or “essential” role as a mother still fits today’s world. 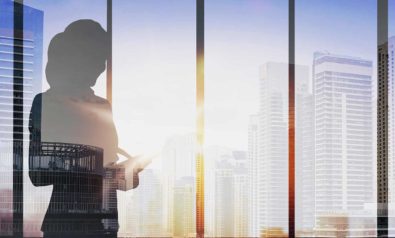 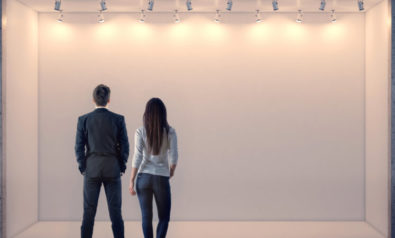