Everyone knows that Amazon is a successful, profitable, world-conquering and, therefore, obscenely rich company. It has made Jeff Bezos the richest man in the world. He keeps getting richer by the day. With his fortune, Bezos doesn’t need to be as careful with his cash, in contrast with normal human beings, who know how important is to save up for a rainy day. That may help to explain why Bezos has just stepped away from his post as CEO. Still, the culture Bezos created at Amazon during his reign insists on being extremely careful with its money. We now learn that this is true even when it’s cash that belongs to other people.

The New York Times features an article with this headline: “Amazon to Pay Fine for Withholding Tips From Delivery Drivers.” The first sentence gives the gist of the story: “Amazon agreed on Tuesday to pay $62 million to the Federal Trade Commission to settle charges that it withheld tips to delivery drivers over a two-and-a-half year period, in a case that highlights the federal government’s increased interest in gig-economy workers.”

1. When practiced by a government’s tax authorities: to retain the amount of money that is calculated as taxes that must be paid.

2. When practiced by Amazon: to steal money owed to workers who have no idea what is going on.

With any New York Times article, it is important to pay attention to the verbs. In this sentence, “withhold” appears alongside “agree,” “pay” and “highlight,” a word typically used to introduce the broad theme the article will develop. At no point in the article does the article use the verb that most people would use to describe Amazon’s deed — “steal.” Instead, it describes how the stealing took place: “Amazon had promised its Flex delivery drivers that they would receive 100 percent of all customers’ tips. But starting in 2016, the F.T.C. said, Amazon secretly lowered the hourly delivery wages, which were advertised at $18 to $25, and tried to mask the smaller wages by using customer tips to cover for the smaller hourly pay.” This time, the key verbs are “promised,” “receive,” “lowered,” “mask” and “cover.” Taken together, those verbs may suggest prolonged criminal acts.

Once Amazon realized the theft had been noticed, it did what any common thief would be inclined to do when hauled before a court. The company promised to reform and proposed a friendly settlement to compensate the victims and avoid scandal. As The New York Times tell us, “Amazon stopped the practice in 2019, after it became aware of the F.T.C.’s investigation.” Just like any burglar or pickpocket would then gladly do, Amazon “settled without admitting wrongdoing.” Why admit wrongdoing when the crime only took place over a period of two and a half years?

The settlement demonstrated Amazon’s generosity. It amounted to “tens of millions of dollars,” which of course is small change for a company with a market cap of around $1.7 trillion. Such a small amount hardly deserves the qualification of theft. The misdemeanor merits the label The Times seems content with: “inadvertent withholding.”

By the end of the article, the only reference to unlawful activity appears in a quote from Rohit Chopra, at the Federal Trade Commission: “Amazon is one of the largest and most feared corporate empires on the planet, and it is critical that global regulators carefully scrutinize whether the company is amassing and abusing its market power through unlawful practices.” Even this mention of “unlawful practices” falls far short of suggesting that Amazon may be guilty of an actual crime. It is now accepted wisdom, as determined by the Supreme Court and reaffirmed by Senator Mitt Romney, that “corporations are people.” But corporations are never punished in the way people are punished. Just ask Jean Valjean.

In 18th-century England, capitalism began to take form. Part of its job was to, write a new set of rules for human management. At about the same time, reformers began to call into question slavery, a standard feature of the brutal colonialism that had been fueling European prosperity for at least 200 years. The reason capitalists themselves began to find slavery and serfdom intolerable was the fact that those who controlled the means of production felt some vague sense of responsibility for the well-being of the slaves, who were a form of property that required maintenance.

At the beginning of the 19th century, economist David Ricardo described the new industrial approach to employment: the subsistence theory of wages. Market forces became the deciding factor, replacing the relationship of human dependency between employers and labor: “Ricardo wrote that the ‘natural price’ of labour was simply the price necessary to enable the labourers to subsist and to perpetuate the race.” This vision of economic production led to the abolition of slavery. But its real purpose was to liberate employers from any sense of vestigial responsibility for the livelihood of workers, who were merely anonymous, interchangeable suppliers of a new notion of “manpower” rather than humans who might, at odd moments, require the attention of the employer, if only because they tend to be more productive when healthy.

An approach based exclusively on criteria of subsistence proved untenable for a simple reason: Humans are cultural beings rather than pure economic actors. Both individually and collectively, they can exercise intelligence. They may even succeed in analyzing power relationships and put pressure on the marketplace itself.

When capitalists found themselves confronted by the complexity of human psychology and cultural reality, they had to imagine sophisticated strategies to defend the law of subsistence wages. That could have led to the kind of theorizing that is now promoted as “social responsibility,” which many leaders like to praise while avoiding the practice. In most managers’ minds, the subsistence theory remains a foundational idea. Employers do what is necessary to keep wages as close to subsistence level as possible. Amazon is the perfect example.

One solution is robotization. The subsistence requirements of robots are not only minimal, but devoid of psychology. Robots don’t complain of any form of abuse and they don’t talk to each other — two of the factors that led to the kind of pressure that led to reforms concerning employment itself and working conditions. Amazon has been robotizing as much as it can and will continue to do so in the future. Future generations of artificial intelligence will accelerate the trend.

The New York Times tends to admire rich people and successful companies, though it also allows itself to criticize them, especially when they give to Republican causes or promote Republican talking points. As the owner of The Washington Post, Bezos appears to be on the same side of the fence as The Times, squarely in the establishment Democrat camp. The Times tends to see Bezos as a hero to be admired for his skill and his wealth.

In its role as an objective reporter of the facts in the news, The Times nevertheless makes a point of acknowledging the real world. In 2015, the paper of record did a thorough piece on Bezos’s management approach at Amazon. The article provided multiple examples of the deeply inhuman management culture Bezos created: “Amazon is in the vanguard of where technology wants to take the modern office: more nimble and more productive, but harsher and less forgiving.” It mentions Bezos’ “eagerness to tell others how to behave; an instinct for bluntness bordering on confrontation; and an overarching confidence in the power of metrics.” It quotes an employee saying that “If you’re a good Amazonian, you become an Amabot … a term that means you have become at one with the system” — an Amazon robot.

The overall tone of the 2015 article is one of rapt admiration of the originality and assertiveness of a modern, pitiless meritocratic management style that seeks global conquest. The kind of management that can “withhold” tips from anonymous drivers to boost its own highly positive bank balance. This week’s article on the settlement with the FTC offers Amazon the final word, quoting Amazon’s statement that its pay for contract workers was among the “best in the industry,” and that, after the settlement with the drivers, the company is “pleased to put this matter behind us.” The wealthy are always pleased to put embarrassing matters behind them. 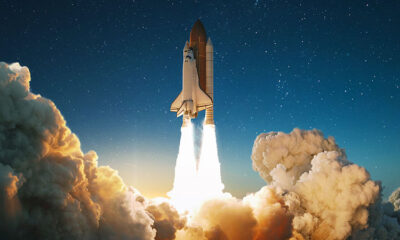 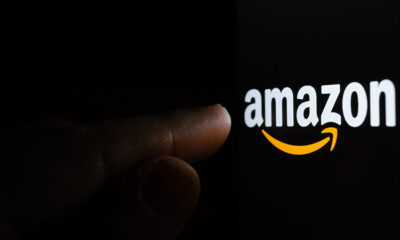 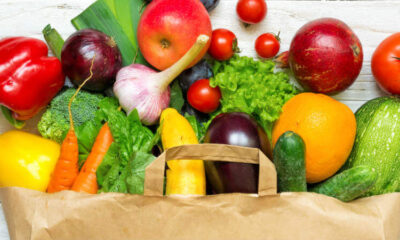