Science fiction once belonged to the genre of imaginative literature. Today’s media, fishing for intellectual thrills, have encouraged serious people with technological knowledge, industrial intentions and the money to back them to create our first “science factions.” Certain men of our civilization (and not women), devoid of irony and the slightest sensitivity to human psychology but possessed of great riches, have been planning to export our human psyches to other locations in the solar system. If the narcissist Donald Trump only wanted to build a wall, these builders want to build an entire techno-civilization.

These otherworldly entrepreneurs with names like Musk and Bezos are currently hoping to get a foothold on enough lunar, Martian or Jupiterian real estate to demonstrate their vision. Once that is accomplished, they will boldly venture into the furthest reaches of outer space in their heroic effort to emulate their 19th-century forebears in the American West. Ultimately, they expect to conquer and subdue the vast virgin territories of what astronomers still call the Milky Way galaxy, which may subsequently be rebranded Tesla Nebula or Blue Origin Starfield. These forward thinkers — and perhaps others like them waiting in the wings — are positioned to be the leaders of the future space factions that may replace our clearly out-of-date nation-states.

In an article with the title “Humans could move to this floating asteroid belt colony in the next 15 years,” Brandon Specktor, senior writer at Live Science, unveils the project of a new generation of creative scientific thinkers who dare to see even further than the now banal and ultimately flawed idea of building settlements on the moon (Bezos) and Mars (Musk). It appears Bezos and Musk have managed to get everything wrong.

There is a far more exciting candidate than the overly-familiar orbs Bezos and Musk are aiming at. Specktor’s article explains why we need more than ever to think outside of the (spherical) box. Like everything else, it’s all about economics and optimized investments. Spektor reminds us of what should seem obvious to any rational denizen of the earth, that colonizing another planet just ain’t so easy. He reveals the existence of “a school of spacefaring thought that suggests colonizing the surface of another planet — any planet — is more trouble than it’s worth.”

The purely scientific and hyperrealistically optimistic version of the standard, menacingly negative conspiracy-theory thinking that has become the main feature of public discourse and media coverage in the 21st century.

Elon Musk and Jeff Bezos have a lot of money. They are the two richest people in the world and have recently been caught trading places in the top rankings of the hyperwealthy. Without consulting or colluding, each has assigned himself the mission of saving humanity from its own failures. The idea expressed by the word “humanity” may now be defined as “a rudderless mass of feckless individuals whose voluntary subservience to the combined force of technology and competitive free enterprise has imperiled their existence on planet earth.”

Faced with imminent extinction, humanity now has a choice. It can roll back, or at least call into question and rethink its obsession with unbridled growth that for the past two centuries has focused on indefinitely expanding two intensive, resource-consuming activities: manufacturing (Tesla) and retail distribution (Amazon). Alternatively, guided by visionary minds, it can imagine ways of pursuing both and overcoming the observable limits of the species’ expansion on planet Earth.

People like Musk and Bezos are hardly inclined to call into question a system that has rewarded them handsomely and continues to do so at an accelerated rate. It is this very joyride of acceleration that has led them to focus on the idea that further acceleration, rather than slowing down the tempo, is the only rational choice. Everyone knows that technology and algorithms, artificial intelligence (AI) and robots are here to stay. They must by definition seek ever greater perfection. If responsible people don’t guide them in that direction, AI will. And AI’s army of robots will be there to do its bidding.

The Live Science article makes a strong case for the technical viability of the plan to build a civilization of space bubbles around the dwarf planet Ceres that hovers somewhere in the solar system’s asteroid belt. Astrophysicist Pekka Janhunen of the Finnish Meteorological Institute in Helsinki has worked out all the details of a plan that proposes a “‘megasatellite’ of thousands of cylindrical spacecrafts, all linked together inside a disk-shaped frame that permanently orbits Ceres.” Each cylindrical habitat can “accommodate upwards of 50,000 people, support an artificial atmosphere and generate an Earth-like gravity through the centrifugal force of its own rotation.” The equations work. The needs analysis, from an economic and biological point of view, seems to hold together.

Janhunen’s plan reads like a direct challenge to the world’s two richest men. It springs from the realization that colonies on Mars and other planets simply could not support human life as it exists today on Earth. Are Musk and Bezos ready to react? Will one of them, or both, now change their plans and join forces with a Finnish scientist and aim at populating the asteroid belt rather than Mars? Or are there other global implications? Could Chinese President Xi Jinping embrace Musk and expand his current program and give it a new name, the Asteroid Belt and Road Initiative? Maybe that explains why, back in 2018, he allowed Tesla into China.

The dream of conquering space and living on another planet has become an inevitable component of post-industrial culture. It recycles numerous earthly themes, some of which derive from historical accomplishments (Europeans discovering the New World in 1492) or collective experience (the 19th-century settlers venturing out in wagon trains to America’s western frontier). Others come from the dreams we all have of weightlessness, the ability to fly and the discovery of radically transformed surreal landscapes. Still others derive quite naturally from the persistent inculcation of our civilization-wide belief in the inevitability of progress in all its forms, including technology, political organization and intellect itself.

Once humanity had begun shifting from its essentially agrarian model toward an urban industrial economy focused on technology, the idea inevitably emerged that exponentially advancing progress would ultimately imply exploring and occupying other planets. The great satirist Jonathan Swift may have been the first to sense the trend in 1721, several decades before the official start of the Industrial Revolution. In the third voyage of “Gulliver’s Travels,” Swift describes a floating island called Laputa (meaning “the whore” in Spanish).

Laputa is populated by intellectuals: mathematicians, astronomers, engineers and technologists, in other words, absent-minded nerds, the kind of people who represent the fulfillment of what today we call a STEM education (Science, Technology, Engineering, Math). The world’s governments are now promoting this as the ideal for our technology-oriented economy.

The metaphor of the floating island points to the idea that these people’s heads are in the clouds. Gulliver describes them as “clumsy, awkward, and unhandy people” and “slow and perplexed in their conceptions upon all other subjects, except those of mathematics and music.” The Englishman regrets that they seem deprived of “imagination, fancy or invention” and calls them “very bad reasoners.”

It was only toward the end of the 19th century that science fiction began to flourish as a natural extension of the dynamic created by the Industrial Revolution. The novelists Jules Verne and H.G. Wells set the tone. Swift’s biting satire and subtle psychological perspective were eventually replaced by modern science fiction, with its aspirational technological vision. It has played a particular role in structuring our belief in an ever more prosperous economy constantly promoting the idea of progress.

And the idea of progress itself began to merge with the ideals of convenience that drove the evolution of the consumer society. It represented a permanent push toward an artificially created and technically managed environment that was cleaner as well as more rational, efficient and comfortable. It thrived on science and an increasingly educated society according to the new norm of STEM. In other words, our civilization has done its damnedest to recreate Swift’s Laputa. 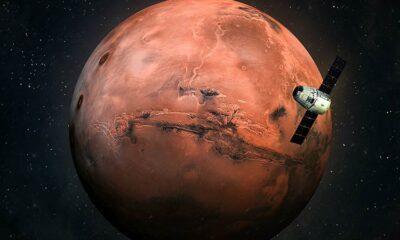 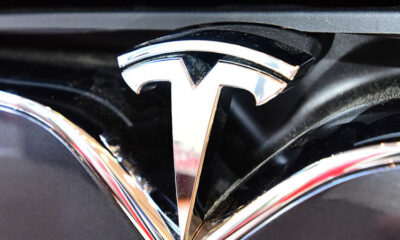 Elon Musk and the Life of a “Superhero”