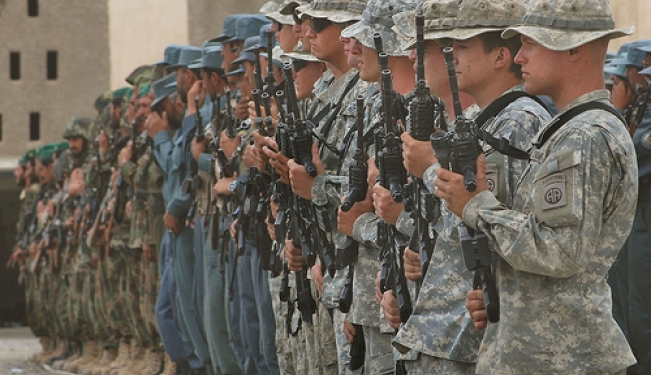 In the past decade, the United States has dramatically shifted its foreign policy priorities. The conflicts in Afghanistan and Iraq have demanded additional capabilities and capacities beyond those that the U.S. Government is able execute on its own.  Such gaps have traditionally been filled by contractors, who bring enormous and cost-effective capabilities, capacities, and expertise.

In its final report, the bi-partisan Commission on Wartime Contracting (CWC) recognized this, stating, “The logical implication of this geo-political environment is that contractors will remain a significant element of the U.S. government’s total force.”  They added that the Under Secretary of Defense for Acquisition, Technology, and Logistics had testified before the Commission, stating, “We’re simply not going to go to war without contractors.”

In addition to supplementing government capabilities, contractors also provide their own unique capabilities that have proven critical to stabilization and reconstruction efforts in Iraq and Afghanistan. Only the private sector can fulfill these unique requirements, and their employment of local nationals provides valuable jobs, supports the local economy, and offers enormous capacity-building benefits for the local population—a key componentof successful counterinsurgency strategy. Utilizing locals brings vast advantages to U.S. taxpayers as well, since they cost a fraction of what U.S. nationals cost. They speak the local languages, support their families, and become key stakeholders in the success of their nation.

The private sector is highly competitive and operates with remarkably thin margins (often under 5%), especially on cost-plus contracts, and it is because of this cost-effectiveness that it makes sense to exploit its capabilities to take the place of expensive military personnel where possible.  The White House estimatesthat every soldier in Afghanistan is costing U.S. taxpayers a million dollars per year.  Using such highly qualified, volunteer military personnel to replace local security guards and truck drivers makes little fiscal sense.

When Westerners are required by government contracts for some specialized services, they are still generally cheaper than their civilian governmental equivalents. Those specialized services nearly always require unique skill sets and capabilities not otherwise available from U.S. Government personnel. Moreover, to assume that any given contractor position has an equivalent, less-expensive government employee position is to also assume that the government can attract and retain an equivalent pool of qualified personnel willing and able to work in conflict zones in what are very often highly specialized fields. The Office of Management and Budget (OMB) has consistently established compensation benchmarksin line with the higher value of these skill sets.

However, while waste and abuse can be minimized, they are still inevitable in the chaos of stability operations.  This is especially true in nations devastated by decades of war and long-standing norms of tribalism and patronage, factors that are too often misunderstood by well-intentioned but narrowly fixated bean counters. CWC Co-chair Michael Thibault has maintained that, “Even if you take the upper range of our waste and fraud estimates, a significant amount of money spent on contracts and grants in-theater appears to have been spent effectively.” This is not to say that the criticisms of contractor oversight hawks are unjustified, but that the greatest source of unnecessary expense is, in fact, “that (the) government has not effectively managed contracts to promote competition, reward good performance, and impose accountability for poor performance and misconduct.”  Paying attention to quality, ethics, and performance actually rewards the better-performing contractors.  The stability operations industry has long supported improved government management.

In an era in which the national debt is of paramount concern, there are many opportunities to curb excessive defense spending. An Iraq in transition and a coming draw-down in Afghanistan will help ease some of this burden, but the costs of supporting vital U.S. policies in those countries still pales in comparison to the consequences of failure. The focus must be on cost-effectively using a private sector capability vital to U.S. international policies, whether it be in Afghanistan or the Horn of Africa, rather than making hasty cuts that may jeopardize ongoing stability operations.