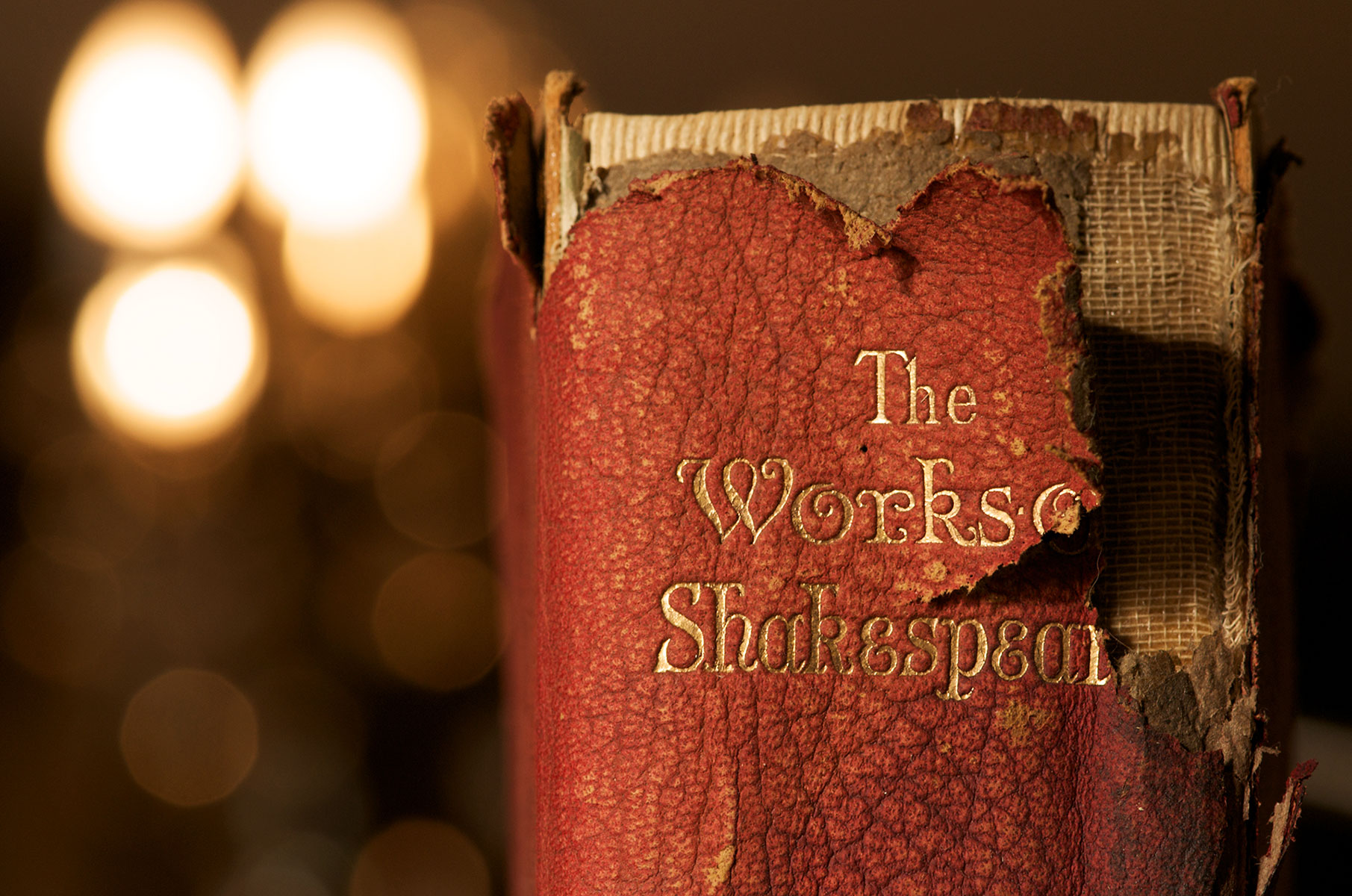 Once upon a time in the United States, people referred to something called “Culture with a big C.” It turned around the notion of a communally shared appreciation of the noble arts: music, painting, literature, architecture, cinema and other fields of creative production, including philosophy, history and science. It encouraged forms of thinking and dialogue in which there were no absolute laws or constraining rules.

Instead, this idea of a shared culture spawned and tolerated a wide variety of forms of expression. Their coexistence nourished the idea of a vast community of artists and creators accompanied by an enlightened public, all contributing to a shared but ill-defined idea of civilization and civilized discourse. The community allowed “schools” to form that might challenge one another, creating an implicit — sometimes polite, sometimes abrasive — dialogue that spanned across generations.

The community featured articulate tenors of both orthodox and unorthodox thinking. The debates they engaged in would send off sparks of creativity that sometimes set off minor blazes, some of which might violently upset the status quo. The public could react freely, with a range of emotions, from adoration to irritation, from admiration to contempt. But even the creators one might despise were considered worthy of respect, if only because they provided a useful foil for those who opposed them.

The dynamics of such a community meant that as conflicts emerged, members of the community saw them as opportunities to open new perspectives. The dialogue that existed among all those who were drawn into the cultural community, creators and consumers alike, was openly participative, inviting spontaneous improvisation. In a culture that welcomes improvisation mistakes, exaggerations and injustices will always exist. They are worthy of the community’s respectful critique. They allow new insights to emerge.

That messy reality now appears to have been superseded by something far more rational and easy to regulate: a set of laws and rules that automatically disqualifies any cultural creation that fails to respect its authority. It summarily cancels those who show the slightest tolerance of offensive items.

The latest example concerns a distinguished professor of music at Michigan State University, Bright Sheng, who has been dramatically forced to abandon teaching. He dared to project the 1965 film of Shakespeare’s “Othello,” in which the iconic actor Laurence Olivier played the role wearing blackface. One enterprising freshman, Olivia Cook, expressed her outrage at the offense in these terms: “In such a school that preaches diversity and making sure that they understand the history of POC (people of color) in America, I was shocked that [Sheng] would show something like this in something that’s supposed to be a safe space.”

An imaginary unoccupied place where no ideas are allowed to circulate or confront each other, in which people who fear every shadow are assured that no shadow will ever be cast

In yesterday’s Daily Devil’s Dictionary, I highlighted the Pavlovian rhetoric employed by Yahoo Finance’s Rick Newman, who cites terms such as “big-government activism” and “socialist spending spree” with the intention of triggering an irrational reflex among those who have been appropriately conditioned. No need to reflect or reason about the meaning of those terms, their origin in media culture or the historical reality they reflect. They trigger a specific reflex in his readers’ minds.

Triggering has become the new principle at the core of US intellectual culture. Despite the claims of Democrats, Vladimir Putin’s Russians have not succeeded in subverting US politics and governing through their surrogate Donald Trump. But one Russian has effectively transformed the nation’s culture: the physiologist Ivan Pavlov.

Americans have massively accepted the behaviorist idea that culture, ethics and justice itself can all be reduced to the logic of triggers and Pavlovian associations. It has been formalized in an official list of words and acts that must never be spoken or committed, even by personalities and cultural icons of the past.

The ultimate effect is that creativity will now be systematically punished, spontaneity suppressed, and critical appreciation neutralized by the application of these iron-clad rules. Furthermore, every aspect of the history of culture will be banished from the collective memory for having disrespected today’s laws and rules. Moreover, those who insist on falling into the trap of being creative, tolerant and curious will be peremptorily canceled.

Ms. Cook, the suffering freshman, was sadistically subjected to a cultural artifact from the medieval past: 1965. She pointed out that “the students were given no warning or contextualization prior to the viewing.” Confronted by the Inquisition, Professor Sheng admitted his sin and confessed.

He had failed to inform the students that the actor was a white Englishman by the name of Laurence Olivier and that the film was released in the previous century. Had she been aware of those important facts, Cook might have understood that Olivier was a major cultural figure and that every Othello in history played by a white man since Shakespeare’s time before the age of cancel culture used blackface to add credibility to the role.

That a freshman ignorant of history should be allowed to cancel a distinguished professor who is manifestly not a racist tells us something about the current state of US culture. It has become specialized in the denial of historical reality. Even faculty members agreed. Evan Chambers, a professor of composition, wrote that showing “Othello” today, “especially without substantial framing, content advisory and a focus on its inherent racism is in itself a racist act, regardless of the professor’s intentions.”

Was Olivier a racist? There is no reason to think so, and even less based on his performance of Othello. But Chambers also accuses his colleague, Sheng, of a “racist act.” He adds: “We need to acknowledge that as a community.” That summarizes what the “community of culture” has become.

In his version of Othello, Laurence Olivier attempted the impossible and largely, but impressively, failed — but not because of racism. It was the kind of a bold experiment one expected from an artist of his stature.

For centuries, the tradition required dressing up and disguising actors to resemble the parts they are playing. Olivier, a white Englishman with an incredible talent for representation, chose to play up characteristics observable in some Africans’ behavior. He did so with the intent of highlighting an important feature of Shakespeare’s play: the very real gap between European and African cultures.

Olivier conceived of Othello as an African integrated into European culture but acutely aware of his own. When Othello recounts how he managed to charm Desdemona’s father into accepting him, Olivier’s exaggerated speech and gesture worked brilliantly to highlight the character’s exoticism. It achieved an important dramatic goal, making it understandable that his future Venetian father-in-law would accept someone so visibly different.

As a teenager, I saw the film shortly after its release. I was enthralled by Olivier’s bravado. At the same time, I disagreed with the idea of representing Othello as someone who, under pressure, reverted to his native culture and became violent essentially through his inability to understand the tricks being played on him. Still, it is an interesting and possibly justified reading of the play.

In my own reading, I see Othello as someone who over-identifies with Venetian and European culture. He feels obliged to apply what he believes is the European requirement of applying the law and not being moved by pity when he kills Desdemona. He executes himself to prove his point.

Years later, I saw an Othello played by a different Laurence, with the last name Fishburne. I found his Othello far more credible than Olivier’s. The cadences of his speech highlighted the special quality of the character’s inimitable, not totally European style of poetic expression. Fishburne convinced me, not because he was black or managed to look more authentic than Olivier, but because his concept of the character was, to my mind, truer to Shakespeare’s.

It told the story of a man with more dimensions. He took what Olivier failed to accomplish — a similar idea of the role — and made it work. It was his talent and skill that convinced me, not the fact that he didn’t need blackface. Shakespeare’s theater never sought to create a “safe space.” Will himself would have been appalled by Michigan State’s melodrama.