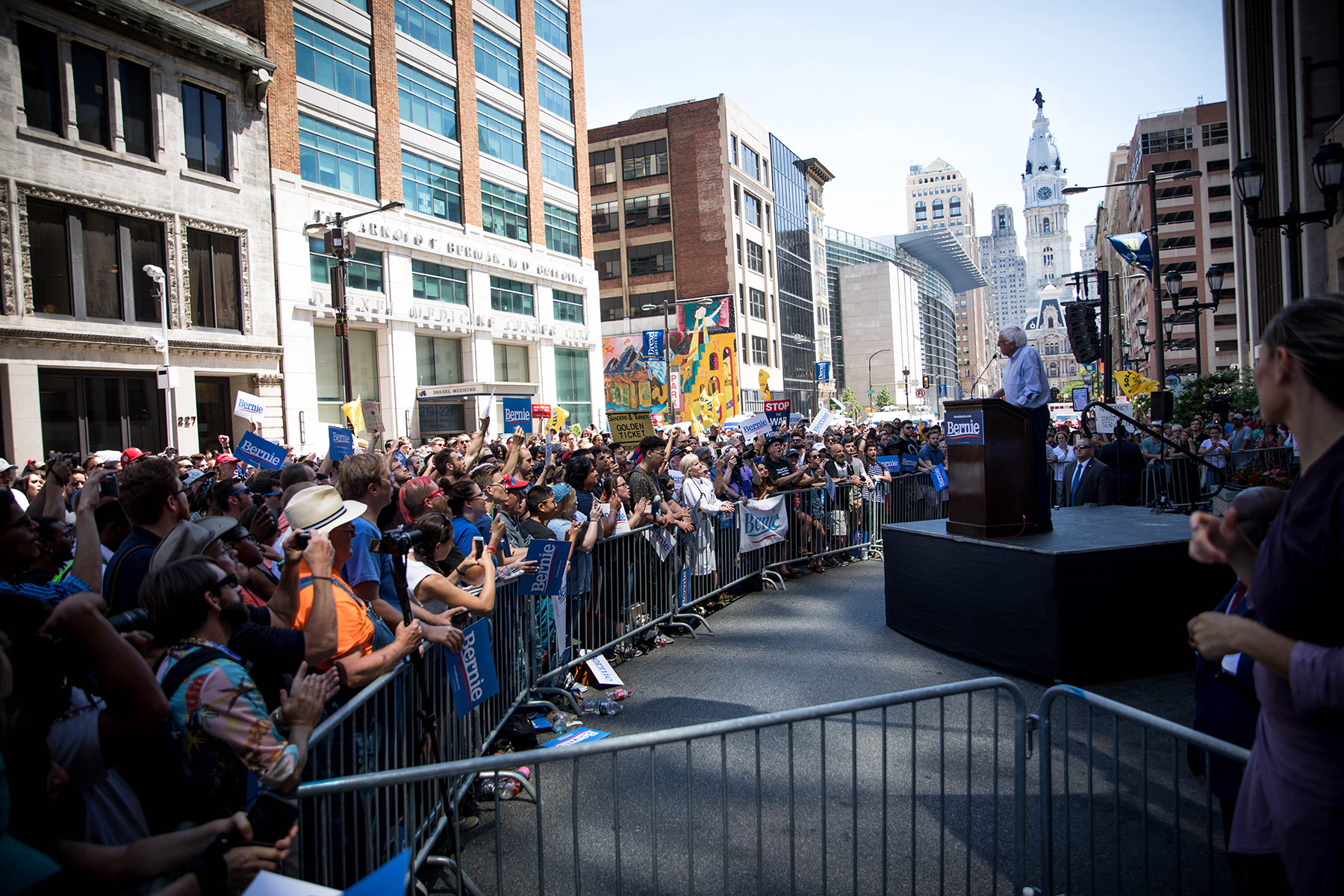 Yahoo Finance regularly features its senior columnist, Rick Newman, as a voice of open-minded reflection and staid wisdom, a seasoned journalist skilled at juggling with issues at the junction of finance and politics. Though no doctrinaire libertarian, he adheres to the capitalist faith and understandably will never question the logic of a system whose dynamics he has been trained to analyze. He appears to lean Democrat, at least to the extent that he eschewed Donald Trump’s populism. In one recent article, he timidly embraced US President Joe Biden as a potentially transformative president. He even appeared to reproach Biden for his pusillanimity in not pursuing the “public option” for health care, which Newman nevertheless saw as risky.

No, Jack Kennedy, You Are Not James Bond

Like most enlightened commentators on modern capitalism, Newman interprets the visible vices of the system as little more than an incitement to do better and become stronger. In his 2012 book, “Rebounders: How Winners Pivot from Setback to Success,” he admitted to holding a Darwinian view of the economy and of society itself, something Charles Darwin himself resisted. In an autobiographical piece, Newman explains that “we all need to adapt in a Darwinian economy if we want to thrive and prosper.”

This week, commenting on the current tug of war within the Democratic Party over infrastructure legislation, Newman takes sides as he trots out several of the timeless bromides that belong to the milder, more modern version of social Darwinism that has long been promoted as orthodoxy in US culture. It has become the core of conservative ideology but is often shared by “liberals” as well.

Newman berates the Democratic progressives who keep fighting for what they believe to be the key to Darwinian survival of an entire society facing the insurmountable challenges of wealth inequality, social disorder and climate change. “Liberals think they finally have the numbers to institute the big-government activism they’ve been pitching to voters for years, more federal help with childcare, health care and family support, more benefits for low-income Americans, expanded entitlements for parents, and higher taxes on businesses and the wealthy to pay for it,” Newman writes.

The opposite of big-government passivism, which defines a state achieved by any government that has focused on expanding its hegemonic reach by restricting all of its activism to reinforcing the military and conducting aggressive operations abroad, while renouncing any idea of governing its people or improving the social conditions of citizens regarded as a collection of ruthlessly competing individuals

The expression “big-government activism” is one of several Pavlovian terms Newman uses that resonate with American conservatives. They believe it to be the key to understanding the relationship between the economy and politics. It has been a staple of conservative campaign rhetoric since the 1950s, a period in which, paradoxically, government was rapidly expanding to keep up with the evolving role of a nation intent on growing its unparalleled military capacity developed during the Second World War. This meant turning what had formerly been a foreign policy governed by isolationist instincts toward the megalomaniacal mission of becoming the global hegemon. The government in Washington also assumed the role of leading a vast economic initiative rooted in the power of the dollar. It focused on managing a world order while recovering the spoils of a rapidly dissolving European colonial network.

Though President Dwight Eisenhower was himself a conventional Republican convinced that government should always play a restrained role in domestic politics, he oversaw the transformation of Franklin D. Roosevelt’s socially responsible but ultimately modestly expansive style of government into a government that because of its global ambitions was becoming not just big, but huge. In his January 1961 farewell speech to the nation, Eisenhower famously warned of the expansion of the military-industrial complex. The former general was not contesting the military’s expanded role, but rather the fact that the process that allowed it to expand implied the militarization of the American economy, with the effect of emptying democracy of its substance. The government itself had become a Godzilla-like monster whose growth has continued unimpeded to the present day.

When conservative politicians and commentators like Newman complain about “big-government activism,” it is hard to prevent oneself from laughing. They worship such activism. It is at the core of what they call the “free market,” in reality tethered to the government’s global activism. The so-called free market is bound by the rules of an immensely powerful government dominated by a range of monopolistic sectors — pharma, fossil fuel, defense, big tech, big ag — and overseen by Wall Street finance. They pay the money and call the shots. They define and enforce the rules. They make up the biggest government in the history of the world.

Newman has a couple of other rhetorical tricks up his sleeve. He tells us that voters are “suspicious of growing government handouts and receptive to the Republican charge of a ‘socialist spending spree.’” His metaphors — “handouts” and “socialist spending spree” — are staples of a discourse designed to prevent serious reflection. Especially in today’s hyper-complex economy, governments choose who — in the interest of society’s well-being — may benefit from favors decided by the government. For Newman, when the beneficiary is citizens, he calls it a handout. When it’s corporations, it’s an incentive.

Newman offers this analysis: “If voters really wanted a progressive revolution, they would have elected Bernie Sanders president, rather than Joe Biden—yet Biden and his pragmatic appeal smashed Sanders in the Democratic primaries.” He drops the word “revolution” to inspire fear. Sanders used it to inspire hope. But maintaining that Biden “smashed” Sanders is simply a lie. The Democratic establishment, not Biden, smashed Sanders. They accomplished the feat through maneuvers engineered in the wings by Barack Obama. Had the party remained neutral, all the voting trends showed Sanders in the ascendant.

Democracy on the scale it has reached in the US today has become eminently manipulable. Politicians — Republicans and Democrats alike — have honed their skills at manipulating it. That is why Trump can get away with convincing a majority of Republicans that the 2020 election was rigged. Democratic principles are skewed at various points in the process, from primaries to the general election. The one place rigging tends to stop is in the vote count.

Historian Steven Conn has explained how what Americans flaunt as the “greatest nation in the history of the world” became great and prosperous thanks to the persistent actions of big government intervening in the economy. From Thomas Jefferson’s decision to purchase the Louisiana territory from Napoleon to Franklin Roosevelt’s New Deal and Lyndon Johnson’s “Great Society,” the economic and ultimately cultural dominance of the US in the second half of the twentieth century was the work of big government.

In an article for Origins: Current Events in Historical Perspective, Conn reminds readers that throughout the two centuries that followed the nation’s founding, “American businesses preferred their laissez-faire to be situational: no government interference when it suited them; lots of government intervention when they needed it.” He details what “lots” meant at different stages of US history up to and including FDR’s New Deal. The government not only established enterprises as “persons” in the 1880s, allowing them ultimately to use their force to overwhelm the people, but it fed them everything they needed to prosper, from land itself to publicly funded projects facilitating business as well as myriad government contracts available especially to the friends of people in government. (Granting contracts is another way of making friends with the generous.)

Conn notes that Senator Barry Goldwater, who was the Republican candidate for president in 1964, “is regarded as the godfather of today’s anti-government politics because of his angry denunciations of big government and his celebration of individualism.” The historian adds this important reflection: “He is the godfather of those politics as well because of his profound historical amnesia.”

When the already seriously compromised credibility of a bloated and deeply militarized oligarchy that still claims to believe in the model of small government collapses under the weight of its contradictions, the danger exists that a totalitarian model of big government will replace it. It won’t come from the progressive left, but rather from the next charismatic Benito Mussolini-like populist despot, who will continue to claim that his government is small because all its powers have been transferred to the surrounding oligarchy in which the people have no say.