Does the idea of the “voice of the people” as the foundation of democracy still have meaning in the US? The Daily Devil’s Dictionary reports.

So, what do the results of the US midterm elections tell us? The Guardian observed ahead of the election that “the vote is widely viewed as a referendum on [Donald Trump’s] chaotic first 22 months in office.” True to his hyperreal self, President Trump claimed to have turned the otherwise “boring” midterms into “the hottest thing,” a kind of political Super Bowl that became symbolically what Fair Observer’s founder, Atul Singh, called a “war for America’s soul.”

As usual, whether it’s sport or war, the suspense turned around the binary question of which party would raise its hand in triumph and which would retreat to lick its wounds. All eyes were on the scoreboard, not on the players or what they represented — especially in this case, where the chief player was sitting on the bench during play and cheerleading during the timeouts.

The chaotic battle itself held no interest, as the entire electoral system has been engineered to be devoid of political sense. Issues never matter except to the extent that they can be turned into electoral slogans. And all anyone wants to know in the end is which party won and which party lost.

The one result pundits can forecast for any national election in the US is that in various places there will be serious confusion in the process itself and that, more generally, the system will once again reveal how undemocratic, if not frankly anti-democratic, it is in its very foundations.

One major, still unresolved scandal revolved around the election of Republican Brian Kemp as governor of Georgia. As the secretary of state of Georgia, responsible for monitoring the election process, he refused to be released from his duties during the campaign, flouting the recommendations of the internationally respected Organization for Security and Cooperation in Europe Kemp has been accused of putting in place a system of massive voter suppression targeting minorities that may have secured his narrow victory.

Failing to conform to any set of arbitrary rules, which may be just, perversely unjust or structurally faulty, depending on the intentions of the authority that defined and enforces the rules

Invalid is one of those rare words that, depending on how you pronounce it, can mean two different things: “being without foundation or force in fact, truth, or law” or “one who is sickly or disabled.” Both meanings help to describe what the electoral system in the US has become. It has affected the health of the nation itself, which has become a democratic invalid.

Republican administrations across numerous states have made monumental efforts to invalidate the voting rights of American citizens, using clever strategies to target minorities. Their obsession with the notion of invalid voting, which they justify by the pretext of preventing voter fraud, demonstrates their deep-seated suspicion of democracy. But the Democrats have long been complicit in an overall approach to democratic representation and election procedures that are equally anti-democratic. The peculiar contemporary reality of “states rights,” written into the Constitution, means that democracy on a national scale will never be possible in the US. The voice of the people, as we have seen repeatedly, weighs little against the voice of the states. And within the states the freedom to gerrymander ensures that the façade of democracy exists primarily to permit the re-election of career politicians, those who are most adept at raising money from corporate sponsors as well as being the most responsive to the “services” provided by lobbyists.

Instead of seeing the midterms as a referendum on Trump, it would be more accurate to see them as a referendum on democracy in America. And though the different parties and factions can claim to have achieved at least a partial validation of their position, democracy, once again, finds itself on the losing side. This isn’t a new phenomenon. It’s merely the latest stage in a long historical process.

Historical documents, including the Constitution and the federalist papers, reveal that the idea of trusting the voice of the people to elect governments was intended to be “the voice of some people” — ideally, the voice of white propertied men. Slaves and the traditional inhabitants of the continent could have no voice. Neither could women. After the abolition of slavery, Jim Crow — with its multiple devices, including literacy tests accompanied by educational deprivation — taught the white leaders in the South the art of manipulating the electoral side of democracy.

Between gerrymandering, lobbyists’ control of Congress, defective voting machines that are easy to hack, massive voter suppression, vacuous and mendacious negative advertising flooding the media, and the Supreme Court’s decision in Shelby v. Holder that racism no longer exists, rather than speculating about who might unseat Trump in 2020, shouldn’t we be asking ourselves whether it’s even possible for democracy to exist in America? 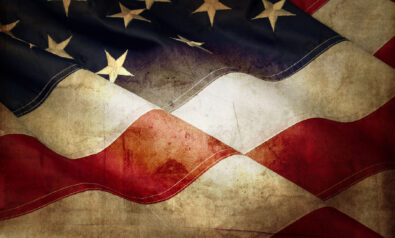 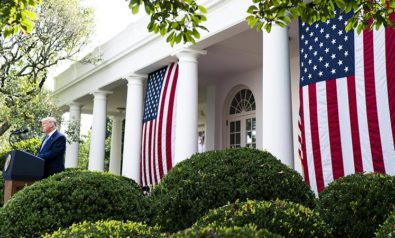 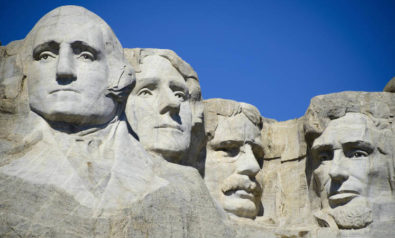