Even as pundits predict and pontificate, the midterm elections are only yet another battle for the commanding heights of America’s torn soul.

In Silicon Valley, the sun is shining and it does not seem as if the US midterm elections are taking place. This author meets few people who discuss or care much about politics or the elections. In this post-truth world created by social media, some still have the hubris to declare that their app is the best way to change the world. In their view, politics is too messy and it is a waste of time to meddle with intractable problems involving the government.

In other parts of the US, the elections have a more real feel. The New York Times has declared the battle for Congress to be close. The Washington Post analyzes five possible scenarios for Election Day. In his analysis of the election, Jon Sopel of the BBC declares that the midterm elections “are ALL about Donald Trump.” Sopel has a point. With the bully pulpit of the White House at his disposal, Air Force One to ferry him around and 55 million followers on Twitter, President Trump is proving to be a formidable and an indefatigable campaigner.

Historically, sitting presidents suffer in midterm elections. Bill Clinton, George W. Bush and Barack Obama found their wings clipped after Americans placed their opponents in the US Congress. Opinion polls indicate that this pattern might be repeated and Democrats might regain control of the House of Representatives, if not the Senate. Pundits opine that the “pink wave” of a record number of women candidates might sweep aside a president with a reputation for racism and misogyny. Yet they might be missing two key facts.

FACT ONE: “THE ECONOMY, STUPID”

The “dark genius” James Carville coined the phrase, “the economy, stupid” in the 1992 presidential campaign in which unheralded Bill Clinton dethroned George H.W. Bush. The elder Bush was by far the more qualified candidate, but maverick candidate Ross Perot and an economic downturn brought his downfall. In 2018, Carville’s slogan still holds true.

Culturally, America is one of the most capitalist societies on the planet. Not only years of indoctrination courtesy the Cold War, but also the structure of its economy make it uniquely consumerist, materialist and exceedingly capitalist. The US has no National Health Service à la its Anglo-Saxon mother ship, the UK. Decent health care is tied to one’s job. College fees remain frighteningly high. Childcare is prohibitively expensive.

Cash is truly king in the US and even dating apps are no exception. Premium members, who pay to play, can swipe till the cows come home, while freeloaders suffer a rationing of choices. An Arab friend, who wishes to remain unnamed, remarked aptly, “In Amreeka, everything is for sale.” So, money matters immensely in the land of the free and the home of the brave because Americans cannot lean on the state, the community or the family as in other parts of the world. And Trump has cut taxes, leaving families with more money in their pockets.

Furthermore, the American economy is humming along quite nicely. Trump can make the argument that solid growth, good job figures, rising consumer confidence, booming stock markets and huge pools of capital flocking into the US are making America great again. When Americans get around to casting their ballots on November 6, they might worry that voting for the Democrats might jeopardize if not derail a flourishing economy. Therefore, they might tell pollsters one thing, but end up doing another. “The economy, stupid” brought Clinton to power. Soon, we will know if it will help Trump retain his hold on power.

The US is an immigrant society. Most of the original inhabitants are conveniently dead or in reservations like endangered animals in a zoo. Wave after wave of immigrants, largely from Europe, have come to American shores and, for many, the Statue of Liberty defines the identity of this immigrant nation.

As journalist Annalisa Merelli brilliantly chronicles, fears of immigrants go back all the way to Benjamin Franklin, Alexander Hamilton and Thomas Jefferson. Even before the formation of the US, Franklin worried that German immigrants might not assimilate well and strain the social fabric of Pennsylvania. Worries about the Irish, the Jews and, in particular, the Chinese have reared their heads from time to time. In the late 19th century, the populist movement shut the door to Chinese immigration, which only opened again during World War II.

Fears of unrestricted immigration run high in the US. Not only Republicans but also Democrats have told this author that such immigration depresses wages in the US. Mexican immigrants do the hardest jobs in the US for a pittance. Steve Bannon, Trump’s former chief strategist and son of a blue collar Democrat, points out that this suppresses wages, hurts “the deplorables” and benefits “the party of Davos.” Many find more than an element of truth in Bannon’s argument.

The migrant caravan that is headed from the Guatemala-Mexico border to the Mexico-US one is triggering subliminal fears among millions of Americans. President Trump has responded by sending 5,200 troops to the border, an active-duty force comparable in size to the American military contingent in Iraq. This is the first time after the Mexican-American War of 1846-48 that troops are back on the border.

That war ended with the 1848 Treaty of Guadalupe Hidalgo and “Mexico ceded 55 percent of its territory, including parts of present-day Arizona, California, New Mexico, Texas, Colorado, Nevada, and Utah, to the United States.” This time, American troops are on the defense, not offense. Their goal is to save their country from a flood of poor Hispanic immigrants.

Trump played on this fear of mass immigration from south of the border by tweeting a clever video that portrays an illegal immigrant smiling with glee and expressing no remorse for killing two policemen. It shows hordes of immigrants streaming toward the US and ends with a rallying cry, “Making America Safe Again!”

Regardless of how Americans vote in the midterms, the fundamental problems of American society will persist for now. As of now, Democrats are still haunted by the Clintons who simply refuse to go away. They have no new ideas on student debt, education, health care, inequality, defense policy and even the environment. An Ivy League cabal of princelings rules the roost in the party that claims to represent the poor and the oppressed. And hysterical political correctness has become the refuge of its leaders, the vast majority of whom cannot think beyond clichés and sound bites.

On the other side, gun-loving and abortion-opposing Republicans have lost their cojones. Trump has conducted a hostile takeover of the party of free trade and imposed mercantilism on it. He has hugged the Saudis ever closer, damned Iran and castigated the European Union. So far, there has been no pushback from the Grand Old Party of virtuous family values to any of Trump’s actions that militate against its long-cherished values.

In 2018, both parties have lost their souls. In the long run, it does not matter who wins the battle for Congress. The midterm elections are just yet another battle in a long-drawn-out war between rival values, visions and interests for America’s soul. The haves and have-nots, creditors and debtors, the secular and the religious, the urban and the rural, and so on and so forth are no longer speaking with each other. People increasingly live in echo chambers and are intolerant of those they disagree with. The common bonds that civilize society and enable democracy are frayed. Only reasoned discourse, not frenzied demagoguery, will reknit these bonds and end the bitter war for America’s soul. 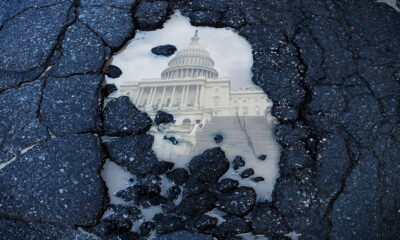 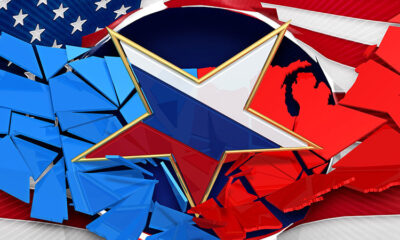