In all likelihood, you have an ambiguous understanding of “terrorism.” The average individual can recognize an event as terrorism but, when asked to define the term, is able to offer only the most general of definitions. The reason for this is that terrorism is undefined or, more accurately, over-defined, with even the US government having multiple definitions of the term.

Moreover, there is no commonly accepted international definition of terrorism. For example, in the United States an act is deemed terrorism if its intent is to influence policy, citizens or the US government through coercion, whereas in France the intent must simply be to disrupt law and order deliberately and to a great degree. Due to this ambiguity, many people do not understand the multifaceted and sometimes mercurial definition of the term “terrorism.”

Yet, while living with a vague definition of terrorism seems irrational and certainly has practical downsides, this ambiguity is currently the world’s best option for preventing the misuse of the term.

The lack of an authoritative definition has led to a societal characterization of terrorism — even if only on a subconscious or emotional level — as being explicitly tied to Islam. For instance, when the prime minister of Sri Lanka, Ranil Wickremesinghe, denounced attacks on churches by radical Islamists in April 2019 as terrorism, the rest of the world did not bat an eye. However, New Zealand’s prime minister, Jacinda Ardern, made headlines for making the exact same announcement about a white nationalist’s live-streamed attack on two Christchurch mosques one month earlier.

A major problem with conceptualizing terrorism as being inherently linked to radical Islam is that it widens an ever-present — and ever-growing — societal division. When an Islamist and a white nationalist commit similar attacks against the public with only the Islamist labeled a terrorist, a societal conception begins to form: If only Islamists can be terrorists, then Islam, and by extension all Muslims, should be feared.

This alienation of Muslims encourages discrimination and attacks against their community, which then becomes another contributing factor in radicalization. Moreover, by not characterizing the white nationalist attacks as terrorism, our society focuses on condemning the individual rather than the driving ideology. This allows white nationalist ideas to become increasingly mainstream.

Additionally, the ambiguous definition of terrorism, and the lack of an international definition, allows for government overreach. In 2018 alone, the Turkish government arrested 68 journalists, accusing many of them of supporting or being affiliated with terrorist groups. However, an examination of many of these cases has lead to the conclusion that the only crime committed by these journalists was criticizing the government or simply reporting on the enemies of the state, such as the Kurdistan Workers Party and the Gulen movement. Led by President Recep Tayyip Erdoǧan, the Turkish government has interpreted its definition of terrorism, which includes any acts done by members of an organization with the intent of “changing the characteristics of the Republic,” to suit its own means.

However, this interpretation has been heavily criticized by the international community, with Turkey being increasingly viewed as an authoritarian state by both foreign governments and civil society. Moreover, multiple countries, including Spain and the United States, have refused to extradite individuals charged with terrorism offenses by Ankara. These examples prove that sometimes the ambiguous definition can be beneficial.

The complexity of terrorism necessitates a broad definition, as an incredibly specific interpretation would inevitably be too narrow to address the entire spectrum of the phenomena. However, a broad definition would allow for the potential over-designation of groups or individuals as terrorist. The difference between the potential abuse of power and what Turkey is already doing is that such a characterization, regardless of how prejudiced, would be justifiable. Governments could silence, or at the very least mitigate, criticism by pointing to the justification of the definition, thereby allowing governments more control in shaping public perception.

Additionally, an international definition of terrorism would have legal implications, making it potentially more difficult for countries to refuse extradition requests that fall under the purview of the definition.

The potential misuse of an international definition to justify government actions, harness public opinion and obligate the international community is particularly problematic because citizens around the world have ceded immense powers to their governments for the purpose of dealing with terrorist threats. The United States, Russia, China, the United Kingdom and France all possess expansive counterterrorism legislation. These laws allow, among other things, closed material proceedings, travel controls and even for the executive branch to use all “necessary and appropriate force” against terrorist groups that meet a certain criteria.

This is an immense level of power with few constraints, one of which is the international community and civil society’s ability to offer government oversight through criticism and opposition to unfounded terrorism designations. Rather than enabling this oversight, however, an international definition of terrorism would encourage government overreach and facilitate possible abuse of power. A broad definition creates the potential for mischaracterization and manipulation while simultaneously allowing governments the privilege of justification. By any measurement, this is an ominous pairing.

While leaving terrorism undefined contributes to misunderstanding and hate, it also allows for dialogue and dissent. A more concrete understanding of terrorism is undoubtedly desirable. Yet when the letter of the law will inevitably be manipulated, it is safer to trust in ambiguity. 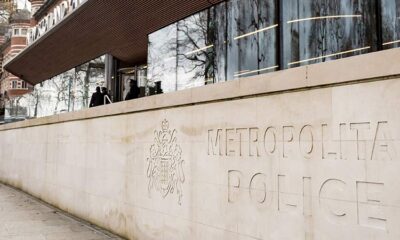 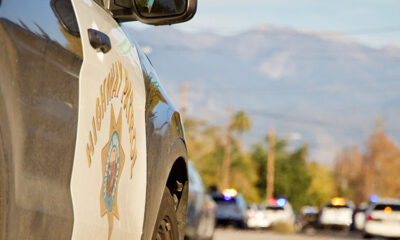