During the 1980s, Louis Beam — a Vietnam War veteran, Klansman and Aryan Nation activist — wrote what became an influential observation about ways in which racial supremacists could employ violence to get what they wanted. Beam reasoned that it was becoming progressively harder for right-wing extremists to launch attacks on their intended targets. These difficulties were brought on by the ability of the FBI and other law enforcement agencies either to infiltrate violent right-wing groups or turn existing members into informants.

Beam’s answer to this problem was to suggest a new tactic: “Leaderless Resistance.” Beam reasoned that the best way for violent “patriots” to resist oppression was on the basis of individual initiatives. Small cells of individuals — or “lone wolves” — could avoid being entrapped by law enforcement agencies in the way large groups had been repeatedly during the course of Beam’s career in right-wing extremism.

When and where to strike? Instead of waiting for some easily intercepted messages from the leaders of large right-wing paramilitary groups, Beam believed in what social psychologists have called behavior contagion, or what many people refer to as copycat actions. Small cells or single individuals could take their cues from events depicted by the mass media and react accordingly without any interpersonal coordination. Like-minded individuals witnessing these actions would then take up the sword and stage their own attacks on the same or similar targets. In this way, a substantial insurgency could be launched against a tyrannical government without any central direction.

Beam’s comments resonated throughout America’s radical-right subculture. During the 1990s, for example, the website of Tom Metzger’s White Aryan Resistance (WAR) continuously flashed “lone wolf, lone wolf” above its masthead, encouraging the sites’ viewers to get the message and act accordingly.

Officials in the Obama administration also warned of the dangers posed by lone wolves, but they typically had in mind terrorist attacks carried out by Islamic jihadists, such as the ones perpetrated in 2016 by a young Muslim-American couple at a post office in San Bernardino, California, or the attack on a gay nightclub in Florida the same year. These attacks were committed on behalf of or in the name of the Islamic State (IS).

These and similar terrorist attacks led the terrorism analyst Marc Sageman to coin the term “leaderless jihad.” Unlike the terrorists who carried out the highly coordinated  9/11 attacks, Islamic State terrorism in the United States and other Western nations was largely the work of individuals whose actions and commitments were acquired over the internet, although none of the IS fighters cited Beam as an inspiration.

This brings us to recent events in the United States. On June 17, 2015, a 19-year-old man, Dylann Roof, entered a Methodist church in Charleston, South Carolina, and murdered nine African-American worshippers, including the church’s pastor. Within the last two years, an Orlando Florida man, Cesar Sayoc, sent pipe bombs to 16 prominent Democrats and to CNN’s New York headquarters. In October 2018, a middle-aged Pittsburgh resident, Robert Bowers, entered the Tree of Life Synagogue and shot to death 11 congregants, killing largely elderly Jews. The alleged shooter had concluded that all Jews should die because a Jewish charity organization was offering roadside help to a group of impoverished Central Americans seeking to emigrate to the United States.

Even more recently, on August 3, a 21-year-old resident of Allen, Texas, Patrick Crusius, drove from his home to El Paso, entered a crowded Walmart store and proceeded to shoot to death 22 Saturday morning shoppers.

These are only the most prominent right-wing attacks in recent years. If we were to include death threats sent via the internet to prominent individuals — Jewish ones especially — and incidents with lower casualty figures, we could multiply by several times the volume of racial supremacist operations over the last several years.

What accounts for all these killings?  Such evidence as exists suggests that various right-wing websites abound with fears that a “replacement” is underway. White people (or Aryans), who have dominated American life for centuries, are now threatened, if not by extinction, then replacement by hordes of immigrants from Latin America and by a growing native-born Latino population. Jews, hardly unknown figures in conspiracy theories, have been identified as the evil-doers behind the impending “replacement.” We might remember the gathering of neo-Nazis and other right-wing activists in Charlottesville in August 2017, who chanted “Jews will not replace us!” as they marched and scuffled with Antifa counterprotesters.

If this is the key conspiracy theory, how has it come to be disseminated? The obvious answer is, via social media. President Donald Trump’s repeated warnings about the dangers posed to by illegal immigrants flooding into the country from its southern border provided the leitmotif.

The evident inability of the FBI and other law enforcement agencies to identify potential perpetrators, much less anticipate their attacks, provides support for Louis Beam’s decades-old argument. All the violent events mentioned above were the work of lone wolves acting in response to cues provided either over the internet or via the regular mass media outlets that broadcast the president’s dire warnings on a regular basis as part of his reelection campaign.

While the Anti-Defamation League, the Southern Poverty Law Center and other watchdogs have succeeded in compiling extensive lists of far-right hate groups on a yearly basis, neither they nor the FBI have managed to thwart the operations of Beam’s leaderless resisters. 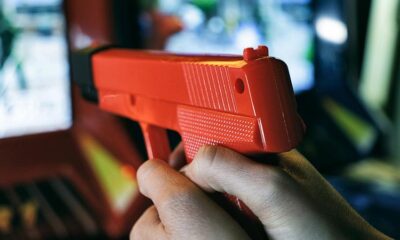 Trump Is Right: The US Does Glorify Violence 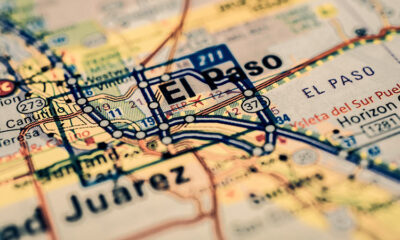 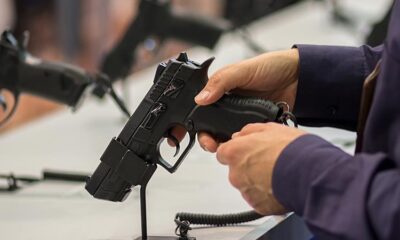 Mass Shootings: Can an Entire Culture Be Mentally Ill?