In September, the highest-ranking counterterrorism officer in Britain, Metropolitan Police Assistant Commissioner Neil Basu, declared the far-right to be the fastest growing terrorist threat to Britain. According to the Met, in the last year, a quarter of all terrorism related arrests were of those with links to far-right violence, and, since 2017, one-third of terror plots with an aim to kill were linked to far-right ideologies.

Some as young as 14 have been linked to this form of terrorism. Since 2018, the police and Britain’s domestic security service, MI5, have carried out 80 investigations into those motivated by such and threatening violence, while the Home Office recently revealed that it had held more than 30 individuals associated with the far right under anti-terrorism laws last year — an increase on previous years.

While the preponderance of terrorism-related arrests and plots in Britain remain linked to jihadists, and while Basu made a point to note far-right terrorism “is small but it is my fastest-growing problem,” Met and Home Office statistics, as well as mounting concerns about the increased visibility of the far right, signal a timeliness in confronting the place of the far right in Britain today.

It is important to recall the distinctions in definition in light of the announcement. Terrorism has a particular legal definition created by the British government and applied by the Crown Prosecution Service. It claims that terrorism “is the use of threat of action both in and outside the UK, designed to influence any international government or organisation or to intimidate the public. It must also be for the purpose of advancing a political, religious, racial or ideological cause.”

While such language may appear expansive, terrorism in the legal sense — and in the sense that Basu used it — is narrower than colloquial definitions. It is the escalation of extremism, the violent manifestation of intolerance and threats to harm those viewed as “outsiders” or “others.” Its usage should be seen to signal the seriousness of the threat these groups pose to society.

In recent years, Britain has witnessed the rise of several prominent political figures and parties promoting extreme positions regarding national identity and tolerance, marshaling a kind of creeping growth in far-right rhetoric and violence. As the chief executive of Hope Not Hate advocacy group told The Guardian, “We have long warned about the rising threat from the far right. Small groups of hardcore Nazis are increasingly willing to commit extreme acts of violence, while a wider pool of DIY fascists are engaging in campaigns of harassment against public figures, especially those who oppose Brexit.”

Debates over immigration, religion and Britain’s relationship with Europe, for example, have given those advancing extremist positions new talking points as well. Groups including, though not limited to, the English Defence League, Generation Identity/Identitarian Movement and Britain First, as well as members of the more amorphous Free Tommy Robinson movement, have attained considerable visibility on the streets and television broadcasts in Britain all while being accused of promoting racist or Islamophobic ideas. Radio Aryan, an online station broadcasting an array of racist and anti-Semitic content, has also gained media attention in recent months. Controversial political parties such as For Britain and the National Front are likewise said to have been founded on exclusionary and extremist ideologies.

Extremist rhetoric has found outward expression as well. Religiously-motivated hate crimes have more than quadrupled since 2011, and race-related hate crimes almost doubled between 2011/2012 and 2017/2018. While reported hate crimes include non-violent expressions of hatred such as graffiti and verbal abuse, physical violence has also been manifesting in the last two years. In March, a man yelling racial abuses stabbed a young man in Surrey. Over the summer, The Telegraph found that neo-Nazi groups had been conducting night time, masked rituals and gatherings in various National Trust sites. In September, a neo-Nazi organization threatened to assassinate West Midlands policeman Chief Constable Dave Thompson, labelling him a “race traitor.”

News from overseas, meanwhile, compounds concerns over what might come of far-right extremism and terrorism in Britain. In recent years, several far right related mass stabbings or shootings in the United States, Norway, Italy and New Zealand have made international news. Germany’s interior ministry, meanwhile, has released figures that indicate that they believe more than 12,000 far-right Germans are “inclined towards violence,” and another 12,000 hold far-right extremist views.

While there is a distinction between extremism and terrorism — between holding extreme views and being a terrorist — they are obviously related. Propaganda from political parties and individuals is often cited by or found in the homes of those perpetrating far-right terrorism, and thus appears to be galvanizing or reinforcing violent beliefs.

The timing of the declaration that the far-right is Britain’s fastest growing terrorist threat, when taken in light of other recent decisions by counterterrorism police services, has proven controversial. For example, just days after Basu’s statement, he went on to say that he had no plan to combat the proliferation of alleged white nationalist group Generation Identity in Britain. (A split within Generation Identity, a pan-European group, has recently occurred, leaving Generation Identity to rebrand itself as the Identitarian Movement). He admitted: “I don’t have [a plan] for a very good reason — because until they cross a criminal threshold it’s not my business.”

Some have argued that Generation Identity/Identitarian Movement does pose a threat to Britons through their political stances — including perpetuating the myth of the “great replacement” and calling for the “remigration” of Muslims living in Europe — which mirror those of many held by the violent nationalists responsible for mass shootings in Norway, Christchurch and El Paso. They also note the group’s direct link to the Christchurch shooter through donations he made to another branch of the group.

The group’s leadership has previously stated that they do not promote violence, and that the financial relationship between their group and the Christchurch shooter predated his violent activities and was tentative at best. Nevertheless, their claims of practicing “peaceful and creative protest that succeeds without threats or intimidation” stand in contrast to those who accuse them of promoting an agenda hostile to immigrants and non-Europeans.

The UK government’s response to fighting terrorist recruitment, far right and otherwise, has also faced considerable criticism in recent years, both relating to its ideological biases and effectiveness. For example, the government’s anti-radicalization program, Prevent, which Basu promoted, has seen an increase in referrals between 2016 and 2018, from 10% to 18%. However, the program is subject to an ongoing independent review, and activists and observers alike have doubted its ability to properly screen for radicalization. Additionally, to date, the government has only used its proscription powers against the group National Action and its aliases. MI5, meanwhile, only assumed a leading role in investigating far-right terrorism this time last year, and the UK terror threat level system did not include consideration for right-wing extremism until this July.

During his briefing, Basu clearly stated that the police “can’t arrest ourselves out of this problem,” encouraging others to assume responsibility for preventing the radicalization of Britons. Policing right-wing terrorism has proven a challenge, and as Basu admitted of the police’s methods of tackling the far right, “some of the criticisms that we did not look at white supremacist, right-wing violence as terrorism in the past is probably justified.” Meanwhile, lone actors such as in the Christchurch mosque shootings can be difficult to identify in advance of a violent attack.

Considerable radicalization also occurs online and through anonymized or encrypted communication. Moreover, with recruits as young as 14, radicalization in a wide array of arenas, including online and at home, must be considered.

Some social media and online payment companies alike have pledged to de-platform, de-monetize or otherwise limit far-right actors and groups online — two important steps in preventing the spread of radicalizing materials and reducing terrorists’ access to funding. The Met and other policing authorities’ declarations about the problem of far-right terrorism and the plots they have foiled thus far represent another promising development. Vigilance on the part of individual citizens will likely prove itself another essential ingredient in de-escalation. There is no magic bullet to defeat far-right terrorism in Britain, but declarations such as that made by the Met at the very least are vital in helping us know how to fight the battle. 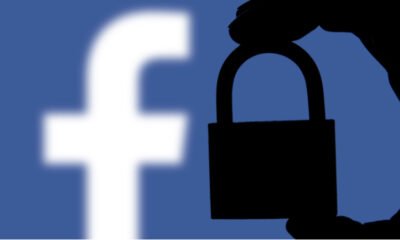 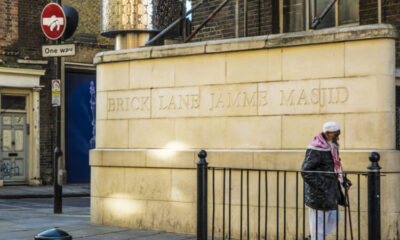 Anti-Muslim Hate Crime Is a New Form of Racism 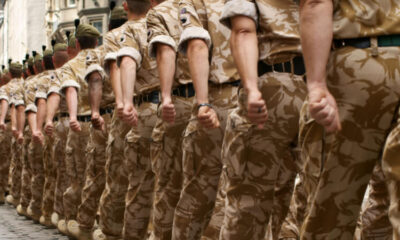