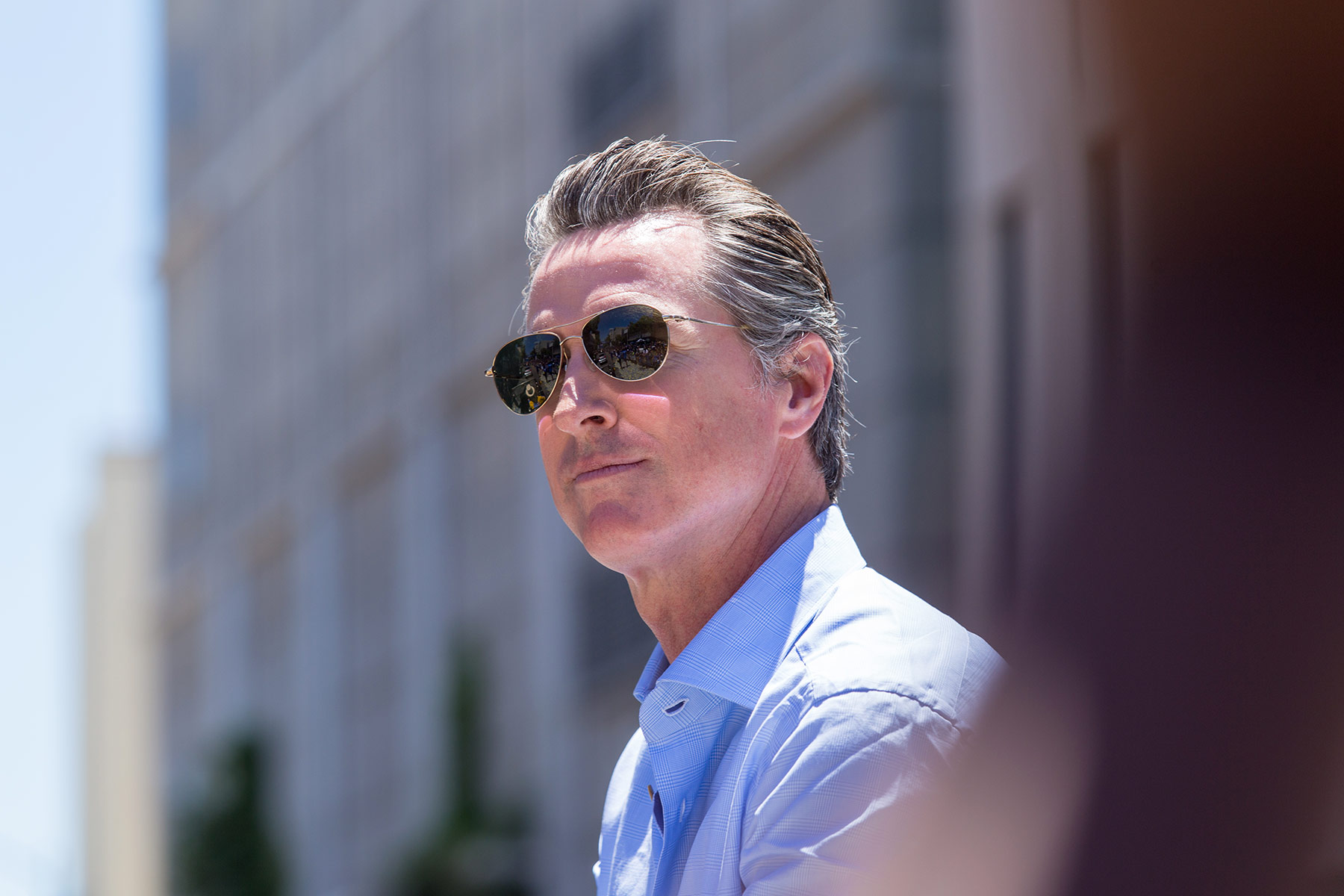 It is turning out to be strange summer in California. The entire West Coast has been experiencing unprecedented heatwaves and wildfires, a sure sign that climate change is taking its toll on our planet. California is also in the midst of political turmoil, fueled by partisan hatred against its Democratic governor, Gavin Newsom. The effort to recall him from a job he was elected to in 2018 started as a tepid attempt in June of last year, spread like a wildfire in November and is suffocating the entire state like a summer heatwave today.

In the gubernatorial election, Newsom polled 61.9% of the votes and thrashed his Republican opponent, John Cox, handsomely. Newsom secured more than 7.7 million votes, as opposed to the 4.7 million that Cox received.

Sadly, California is a state in which forcing a recall election is not difficult. A signed petition that adds up to 12% of the votes most recently cast for the targeted office is sufficient to get a recall election to happen. To reach that number, fewer than 1.5 million voters would need to put their names on the petition. Or, looked at another way, if 32% of the Republicans who voted for Cox were to complete a petition, Newsom’s job would be in jeopardy.

On April 26, the California secretary of state confirmed that the threshold was met. The proceedings have been set in motion, sending Californians back for a special election on September 14 to decide if Newsom is to be recalled or not.

Common sense would tell anyone that none of this could have come to pass in the two years since Newsom assumed his job as the governor of the state. Truth be told, it is impossible to eradicate homelessness and crime and make housing affordable in this country. The root cause for many of the problems that apparently rankle the Republicans behind the recall effort is capitalism and the economic inequity that is fast becoming an insurmountable chasm. Yet, in their infinite wisdom, they chose to pinpoint Newsom as the single reason for the failings of an entire nation that has embraced capitalism as the way of life.

The assertion that recall Republicans make regarding Newsom emptying the prisons is specious. While it is true that some 76,000 inmates would become eligible for an earlier release with good behavior, it is a far cry from replacement candidate Cox’s claim that Newsom has already released them into an unsuspecting population that would unleash a crime wave in California.

In California, about 1,000 prison inmates serve as firefighters, albeit for a paltry wage, as part of the fire-camp program that began in 1946. In yet another false claim, the recall proponents say that Newsom is weakening California’s firefighting capability by releasing prison inmates. On the contrary, the governor signed AB 2147, a bill that will ease the path for such inmates to become firefighters following their release.

As the COVID-19 pandemic continued to grip the world, unleashing wave after wave in different countries at different times, Newsom committed a political blunder in November 2020. He and at least 12 others dined at an exclusive restaurant in Napa County, celebrating the birthday of a friend. The backlash was swift and the recall momentum gathered strength, with the additional ammunition Newsom had gifted the recall proponents on a platter.

Accountability, a Game of Double Standards

It is not unreasonable to expect elected officials to be held accountable. However, accountability is nebulous in American politics, employing different standards for Republicans and Democrats.

Florida’s Republican governor, Ron DeSantis, has not only lifted the mask mandate in schools, but he has threatened to pull public funding should school districts choose to make mask-wearing compulsory. DeSantis faces neither recall nor accountability for his actions that is pushing his state into dire straits.

Texas Governor Greg Abbott, also a Republican, has issued executive orders that prohibit mandating vaccination or masks by local government and state agencies. Abbott opines that wearing a mask and choosing to be vaccinated are matters of personal responsibility and freedom.

Texas is on the brink of a COVID-19 surge that it may not have seen before, something Abbott could prevent if he chooses to act as a responsible leader. After testing positive for COVID-19, Abbott, who has been vaccinated, quickly recovered from the disease, having the luxury of receiving Regeneron’s monoclonal antibody treatment. “I am told that my infection was brief and mild because of the vaccination I received,” Abbott said. “So, I encourage others who have not yet received the vaccination to consider getting one.” Despite the efficacy of the vaccination, Abbott’s statement is a lukewarm endorsement of the importance of getting vaccinated, distancing himself as much as possible from the science of the cure.

Openly shirking his responsibility, Mississippi’s Republican governor, Tate Reeves, refuses to take a stand and mandate either vaccination or masks, despite a 13-year-old girl dying from COVID-19 in a mask-optional school district.

The recall effort in California was launched in the spring of 2020, during the early stages of the pandemic, well before Newsom committed the political gaffe of dining in Napa. The governor took a cautious approach to the pandemic, putting California in a lockdown before other parts of the country, protecting the people better than any red state. His actions, placing people above politics and business interests, irked the GOP minority in California that has an abundance of COVID deniers, mask refusers and anti-vaxxers.

Yet it is Newsom, the Democratic governor who has done right by his people, who is facing a political recall, not DeSantis, Abbott or Reeves, the southern state Republican governors who continue to put their populations at risk with their irresponsible actions.

Is Newsom at Risk?

Any politician facing an election is at risk, Newsom included. More than Newsom, California is at risk of becoming the laughing stock of the world if this recall election results in the removal of Newsom.

Forty-six candidates are vying to replace Governor Newsom. No, that number is not a mistake. There are 46 candidates, many of them Republican, some without a party preference, and a smattering of Democrats and other party candidates who have thrown their hats in the ring. Reading the statements of many of these candidates in the Official Voter Information Guide makes me cringe at the foolish zaniness of the entire recall effort and its ramifications.

Angelyne, with no stated party preference, makes this argument for her candidature: “Angelyne Billboard Queen. Icon. Experienced politician.” Adam Papagan, also without a stated party preference, is even more cryptic: “Love U.” Jeremiah Marciniak recommends prospective voters to “Search YouTube” and Dan Kapelovitz keeps his statement simple, “Can you dig it?” Nikolas Wildstar says, “Our nation was founded on liberty, but now it’s considered a wild idea. That’s why I’m asking you to Go Wild and elect Wildstar for Governor Now!”

Newsom is at risk of being recalled for one single reason. The situation requires every voter, whether they are a Democrat or an independent, to show up and vote against the recall. Should they fail to do so, whether it is because they are sick of the political drama that is unfolding, or because they are enjoying a false sense of security that this foolhardy effort is bound to fail without them casting their ballot, Newsom’s position will be on the line.

Those who are against the recall must understand that more than 1.5 million voters have proved they are motivated to removing Newsom from his position as governor, something that he won convincingly. The people of California mandated Newsom do a job for the next four years, and he has done nothing that merits a recall.

If the majority of the 7.7 million who voted for him choose to be complacent, choose to not take the threat of this recall seriously, the very fundamentals of the democratic process that entrusted the job of the governorship of California with Newsom will be upended by partisan political hatred. No Californian should stand for it. 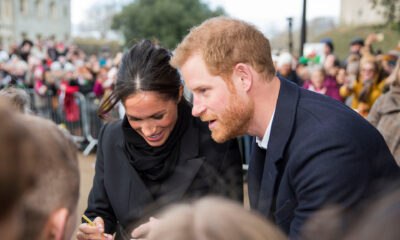 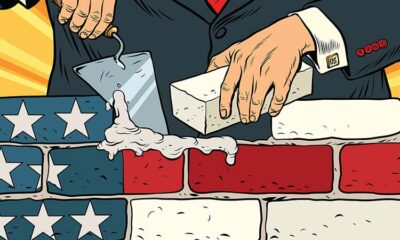