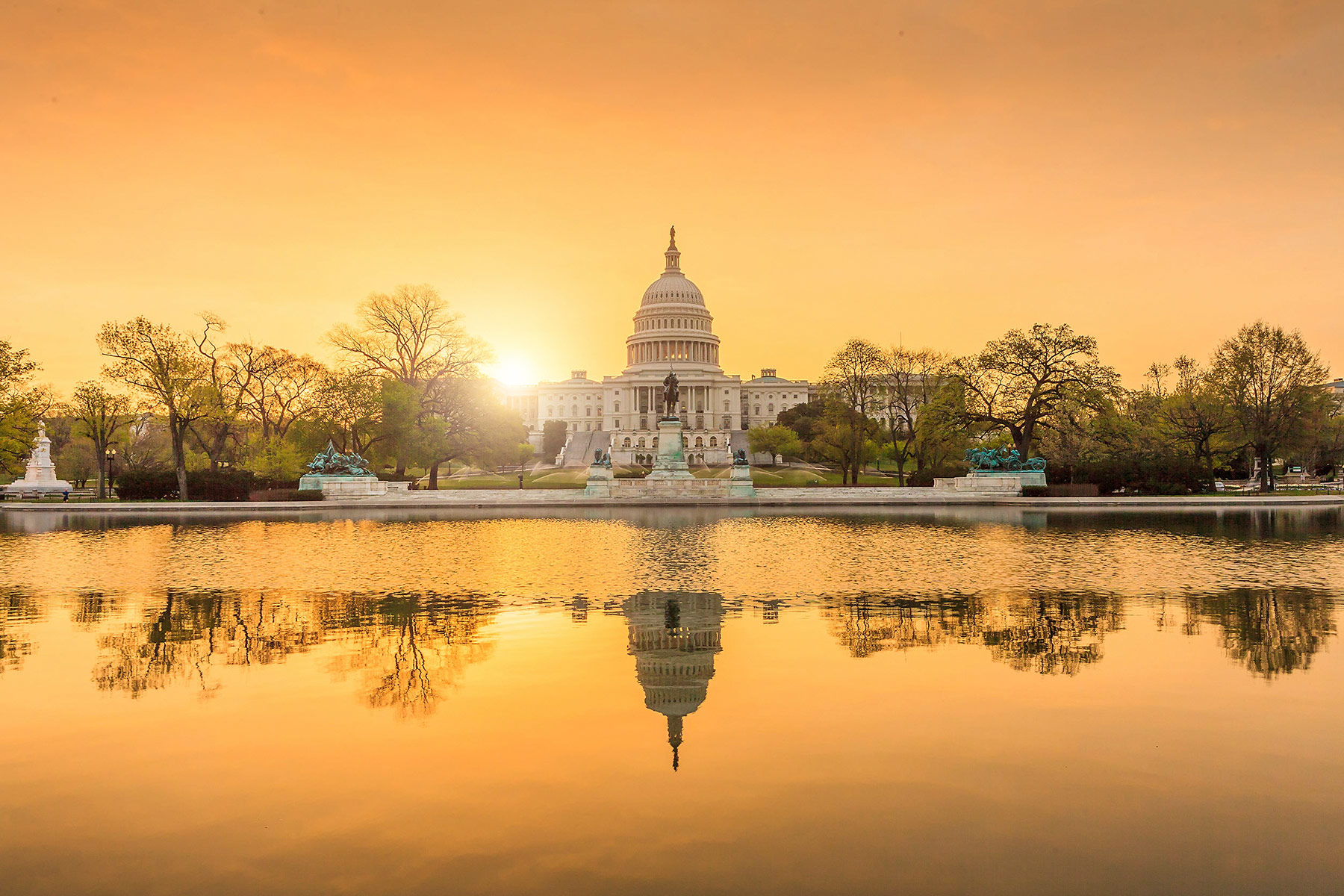 While the fate of many in Afghanistan hangs in the balance, at least Americans at home can breathe a sigh of relief. Both the US House of Representatives and the Senate are on vacation for weeks to come. Citizens of the nation’s capital can recapture their identity from the out-of-town blowhards who give Washington a bad name. The trick now will be to encourage as many Republicans as possible to stay away for good. Admittedly, this may take another election to accomplish, but it is important to get to work on it now.

On the Senate side of the Capitol, both Democrats and Republicans are leaving town with their party balloons still in the air in celebration of a bill to fund repair and replacement of a portion of the nation’s hard infrastructure that has crumbled before their very eyes for decades. It has become so rare that both parties can agree on anything that the celebration far outweighs the accomplishment. After all that hard work, it seems that it is time for a “well-deserved” weeks-long vacation, the other topic that receives regular bipartisan support.

Is America Ready to Raise the Minimum Wage?

On the House of Representatives side, things are a little more complicated. That group of dedicated public servants adjourned on July 30 for seven weeks, although a short recall is possible for a symbolic vote or two along the way. To be fair, they did pass some meaningful legislation in the last few months. However, only one such piece of legislation has passed the Senate as well and been signed into law — Joe Biden’s initial COVID-19 relief bill (American Rescue Plan). But at least they tried to find legislative solutions on some significant issues, the most important of which are voting rights and police reform.

With all those senators and representatives now vacationing, it would be easy to conclude from this casual approach to governance that the nation is smoothly sailing to its appointed destiny of renewed greatness. Nothing could be further from the truth.

There is so much that is so obviously wrong at the moment in today’s America that even the appearance of a weeks-long hiatus should ethically disqualify those vacationing legislators from further service. A “grateful” nation should retire all of them. But that won’t happen, in part because each of them will have a spin machine at work full-time rolling out the tale of just how hard they are working on the issues of the day back in their districts.

While You Were Vacationing

Lest you think that I am being a little hard on these self-congratulatory public servants, let’s take a look at what is going on around the nation and around the world while the US Congress has freed itself of its legislative responsibilities.

First, and most obvious, COVID-19 is again ravaging the nation. So, instead of collectively working on urgent public health initiatives, like vaccination mandates, the vacationing legislators are individually on the stump creating more public health confusion. Much of the idiocy makes enough local news that it fortifies those in the caves, covens and churches in Republican districts and states as they go about their communities spreading the disease. The only upside is that many of the vacationing Republican congresspersons are spending their time hanging out with their unmasked and unvaccinated constituents.

Meanwhile, a country that clings to the notion that the current version of universal suffrage has become a critical component of its “democratic” foundation is in the throes of an unrelenting Republican-led effort to do everything possible to make voting more difficult and less universal. The reasons for this are simple: racism and privilege. Universal suffrage to white conservatives is only a good thing if the “universe” is overwhelmingly composed of right-wing white people. Unfortunately for that dwindling crowd, the universe includes a lot of black and brown people, and a whole bunch of young people who see “universal” as a plus.

There is an easy way to stop the reversal of the democratic process in America. It is to pass legislation at the national level that sets clear voting rights standards, that increases access to the ballot for all eligible voters and that provides fierce enforcement measures to ensure legal compliance. But you can’t do any of this on vacation.

While many of those vacationing legislators may come face-to-face with constituents in places where everything is burning, and heatwaves, drought and smoke spread daily devastation, nothing can be done about this either while on vacation. Therefore, environmental laws, climate change legislation, and economic incentives and regulatory mandates remain on hold. The legal framework for cleaner energy production, research and use remains unchanged and woefully inadequate to meet today’s planetary challenges.

While climate change is taking its deadly toll during the congressional vacation season, we should not forget about gun violence and police violence. Hardly a day goes by in America without multiple firearm deaths and some measure of police overreaction or undertraining resulting in the death or serious injury of someone in some community that the cops are supposed to be protecting. It will be hard to get a full tally from these events over the coming vacation weeks, but every congressperson knows that critically-needed federal legislation to address rampant gun violence and police reform will be on hold, as well.

No matter how completely oblivious most Americans have become to gun violence (until it hits very close to home), America remains the most likely developed country in which at any moment someone is being killed or killing themselves with a firearm. Since it has been a few weeks now since the nation’s latest high-profile mass killing, it will be hard to make it to the end of this congressional vacation without another one. Thoughts and prayers are all we get when Congress is in session, so their absence shouldn’t change the landscape much on this one. But we should all be disgusted that these public servants can go on vacation while the gun carnage continues unabated and has remained unaddressed in meaningful federal legislation for decades.

I could go on. The list is long. But so is the vacation. Think about how a functioning legislature might be able to make some legislative progress in the coming weeks on universal access to meaningful health care, child care and family leave, a living minimum wage, tax reform and access to quality education.

There might even be the opportunity to debate the crippling and continuing impact of America’s systemic racism and how to do something about it. And maybe if they weren’t all on vacation, they could do something constructive, instead of sound bites, about the implementation of America’s long-overdue withdrawal from Afghanistan and its human rights implications, about immigrants and refugees, and about ensuring that the vaccines that Americans are throwing away get into the arms of those begging for them elsewhere.

They could be doing some of this, but they are doing none of it. They are on vacation.