In the eyes of CNN and much of the media, Russia will always be a communist country.

In an article on the alleged Russian spy, Maria Butina, CNN offers this surprising analysis of one of the key actors in the story, Paul Erickson, a conservative Republican operative from South Dakota. Erickson not only backed Butina in multiple ways, but the two were in an intimate relationship, according to the BBC.

“Erickson’s place in the spy drama is surprising to some who know him,” CNN reports. “Stephen Moore, founder of the Club for Growth, a conservative free-markets advocacy group, where Erickson worked for several months a decade ago, said he hasn’t spoken with him in years but recalls, ‘He was always a fervent anti-communist, Reagan Cold War warrior.’”

Describes someone who is opposed to anything that comes from Russia, whether it is a political and economic system that disappeared decades ago or a female spy

CNN, a news network obsessed by Russia since the 2016 US presidential election, has now revealed the true meaning origin of its obsession. This obsession appears to be CNN’s way of countering the logic of Donald Trump’s promise to “make America great again.” Both evoke the idea of a return to the idyllic conditions of the 1950s, when everyone had a job in traditional industry and the Cold War kept defense industries thriving while providing a bit of permanent drama to the news cycle.

With Trump doing his best to protect and bring back the manufacturing sectors of the 1950s that subsequently absconded to Asia, the Democrats — bitterly disappointed at losing an election they thought was a given — have done everything in their power to revive the drama of the Cold War.

Through the media in particular — mobilizing talents such as MSNBC’s Rachel Maddow and CBS Late Show host Stephen Colbert — the Democratic establishment have cleverly invented for the media a permanent role play in which Vladimir Putin’s Russia stands in for the Marxist and atheistic political entity formerly known as the Soviet Union or the “evil empire.” The role play’s illusion depends on entertaining an equivalence between Joseph Stalin and Putin or an ahistorical continuity between the communist regime of yore and the aggressively capitalist Russia of today. It works only to the extent that the decades-long Cold War experience created a permanent reflex in US popular culture, establishing that Russia always represents the opposite of the US.

Unfortunately, the role play glaringly lacks the principal ingredient that gave life to the Cold War: Marxist ideology, i.e., communism. In the paragraph cited above about Erickson, we discover that even contemporary journalists have internalized this absurd equivalence. Six CNN journalists are listed as contributing to the article. Presumably they all agree that it is “surprising” that a man who was anti-communist during the Reagan years would enter into a business and personal relationship with a Russian woman who was born — 29 years ago — at the time the Soviet Union was collapsing and grew up in US-backed Boris Yeltsin’s Russia.

During his presidential campaign before his first election, George W. Bush explained the comforting logic of the Cold War in his own inimitable way: “When I was coming up, it was a dangerous world, and you knew exactly who they were. It was us vs. them, and it was clear who them was. Today, we are not so sure who the they are, but we know they’re there.”

As president, Bush offered a solution when, after 9/11, he launched wars in Afghanistan and then Iraq. He thus successfully identified for the public the “them” that had been painfully missing from the US radar screen. As Samuel Huntington, the author of The Clash of Civilizations and the Remaking of World Order, had predicted, it was the Muslims. When the wars turned into an expensive fiasco that furthermore implicitly impugned nearly 2 billion people (including many American citizens), the uncomfortable feeling that “we are not so sure who” the enemy is returned, further complicated by the realization that if it was the Muslims then our capacity, through military means, to “remake the world order” was clearly and humiliatingly insufficient.

Launching his election campaign, Trump invented a new “them”: the Mexicans. Once elected, he returned to the Muslims, initiating the first immigration ban defined on the basis of religion in the history of the US. But the focus on those two enemies had lost traction except within Trump’s narrow electoral base. On the other hand, the failure to elect Hillary Clinton opened a new vista for the Democrats to identify the real “them”: the Russians, who even if the Soviets are no longer there will always be remembered as the “commie nation.”

The role play that will determine the 2020 election is being played out before our eyes. Which enemy will the American people elect: the Mexicans (aided and abetted by Muslims) or the Russians? We can only wait and see. 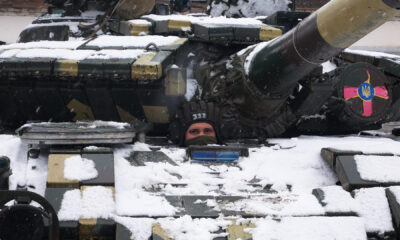 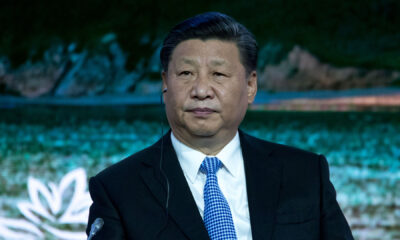