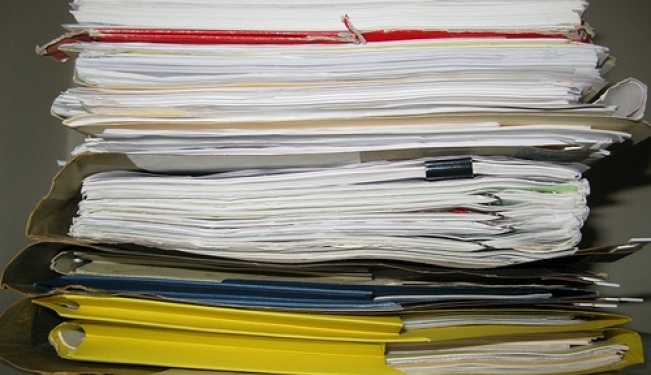 An excerpt from Glenn Carle's bestselling book The Interrogator: An Education, about his life as a spy.

I was a spy. I broke laws. I stole. I lied every day, about almost everything: to my family, to my friends, to my colleagues, to everyone around me. I almost never was who I said I was, or did what I claimed to be doing.

Sometimes I was not American. I exploited people’s deepest hopes, won their deepest trust, so that they provided me what my government wanted. I was an angel who made men’s dreams come true, but my name was Faust.

I healed a father’s desperately ill child, helped a frustrated employee do in his boss, or the organization that slighted him. I was sometimes a revolutionary, nodding my head as some worked to overthrow oppressive governments; sometimes I sympathized with racists; sometimes I suppressed insurgents.

I was suave, intellectual, and sophisticated, talking over sparkling glasses in salons with elegant women in low-cut designer dresses, appetizing curves, and high heels, smiling at banalities as we looked past each other.

I bounced around mines in a jeep, carried a weapon, wore a keffiyah over my face to conceal my identity and offer a less obvious Western target to snipers, spat, swore a lot, scratched my crotch, slapped my buddies on the back, and almost got shot.

Some were ruined from what I did. Some were saved; others died. Few of the living, and none of the dead, knew I had anything to do with their fates.

I burgled. I listened in on men’s whispered and rustled secret lives, to what they did and hoped and feared behind closed doors—the inner lives, revelatory pettinesses and quirks we all mask during the hours of light and company—so that I could manipulate them, and perhaps help them realize their private perversities.

I was faceless, all-powerful, and impotent: I was unknown but could destroy people’s lives or cause an international scandal, and yet often I could not even control minor details of my daily life.

I held babies and soothed their fears, wiped their tears, burped them, and kept them safe.

Desperate and good men looked to me in hope. I was a shoulder to cry on, and a spur for quiet action against injustice.

I was a cynic, helping near socio-paths act upon their amoral and destructive impulses. I laughed at and took advantage of dignified officials willingly abasing themselves naked on their hands and knees, wearing collars around their necks and leashes as they crawled on the floor, barking.

I paid people off. I deluded men and convinced them they were acting against the United States, or one of their personal enemies, when in fact they were serving me and my country, so that we could undermine the causes in which they believed.

I was a bureaucrat, and faceless, and powerless, and confused.

I made it possible for American children to sleep safe at night, and for American adults to ignore that I existed or to disdain or hate me, and to forget or never learn that the world was full of men and forces that would harm or destroy them, and our way of life.

I have been called “war criminal” and “hero” to my face. I thrived in ambiguity, saw through others’ eyes, saw every color of the rainbow, and realized that all the colors are just slightly different shades of gray.

All the while, to all but my colleagues I was just a wholesome, stereotypical New England Yankee, a former athlete struggling against middle age, someone always with his nose in an abstruse book, assessing, say, obscure pseudophilosopher René Guénon’s eighty-year-old musings about the death of God in modern society and how Guénon inspired Muslims to fly planes into skyscrapers.

I would often seek refuge while alone somewhere—in a garret in the red-light district of Paris, or beside a latrine outside Kabul, or in the CIA cafeteria during lunch—in myNew England roots, with Emerson, say, and then realize that Emerson was an echo of Buddha and Siddhartha, their ideas brought back to Boston and New Bedford by missionaries and traders much as the West had been reborn centuries earlier from the returning Crusaders, inseminated by their Muslim adversaries, and betters.

Carle? He’s a nice guy. Normal. He likes the Red Sox. Hockey player. He lacks focus. Reads a lot. Smart. Arrogant. Unsure of himself. Both? His kids play baseball and ride horses.

It is hard to be a spy. I was one for twenty-three years. Yet, my colleagues and I share a devotion to mission, to ideals larger than ourselves, that inspired us to join the Agency, and then to serve for our careers.

Americais better served than it knows by its intelligence officers.

Reflective people will usually seek meaning in actions and a framework for life larger than one’s self. Many find fulfillment in the military, social service, or teaching. I found a direction, a way to get beyond myself, in public service, as a spy.

I loved my work, even when I was bored, and even when I failed. Intelligence officers fail often, while successes come slowly and sporadically. And through it all, over the decades, many of them far away and alone, I always honored my oath, acted with integrity, protected and defended the Constitution of theUnited States, and never lost sight of home, or of human decency.

And yet, sometimes one finds more than one seeks. I sought mental, substantive, policy-relevant, moral, and physical challenges in my career. The Agency hires its case officers in part for their ability to thrive in ambiguity, to see clearly what decision to make, where all decisions contradict one’s values and obligations; it chooses officers who will make the honorable and right decision beyond one’s chain of command, when one is out of sight of anyone else, and when no decision is “right.”

I love the “gray world.” It is multifaceted and complex, obscure—and hard. It transcends the lie of moral purity, of good and evil, of a simple world.

This is our daily challenge, if we are honest: to accept doubt, to realize there is no certainty, and yet to act with principle, finding meaning and purpose in confusion. Inhabiting the “gray world” with clear eyes has often fulfilled me.

And then I was “surged” to become an interrogator in the Global War on Terror. I traveled to a far and dark place, where I found the limits of human endurance, that zeal can blight integrity, and that with a “terrorist’s” life in my hands—and perhaps the lives of many Americans—alone I had to decide how to fulfill my mission, what was legal, what was right . . . and at what point

I had to oppose the orders of an administration whose actions corrupted the flag I had sworn to serve.

Excerpted with permission from The Interrogator: An Education, by Glenn L. Carle.  Available from Nation Books, a member of The Perseus Books Group.  Copyright © 2011.