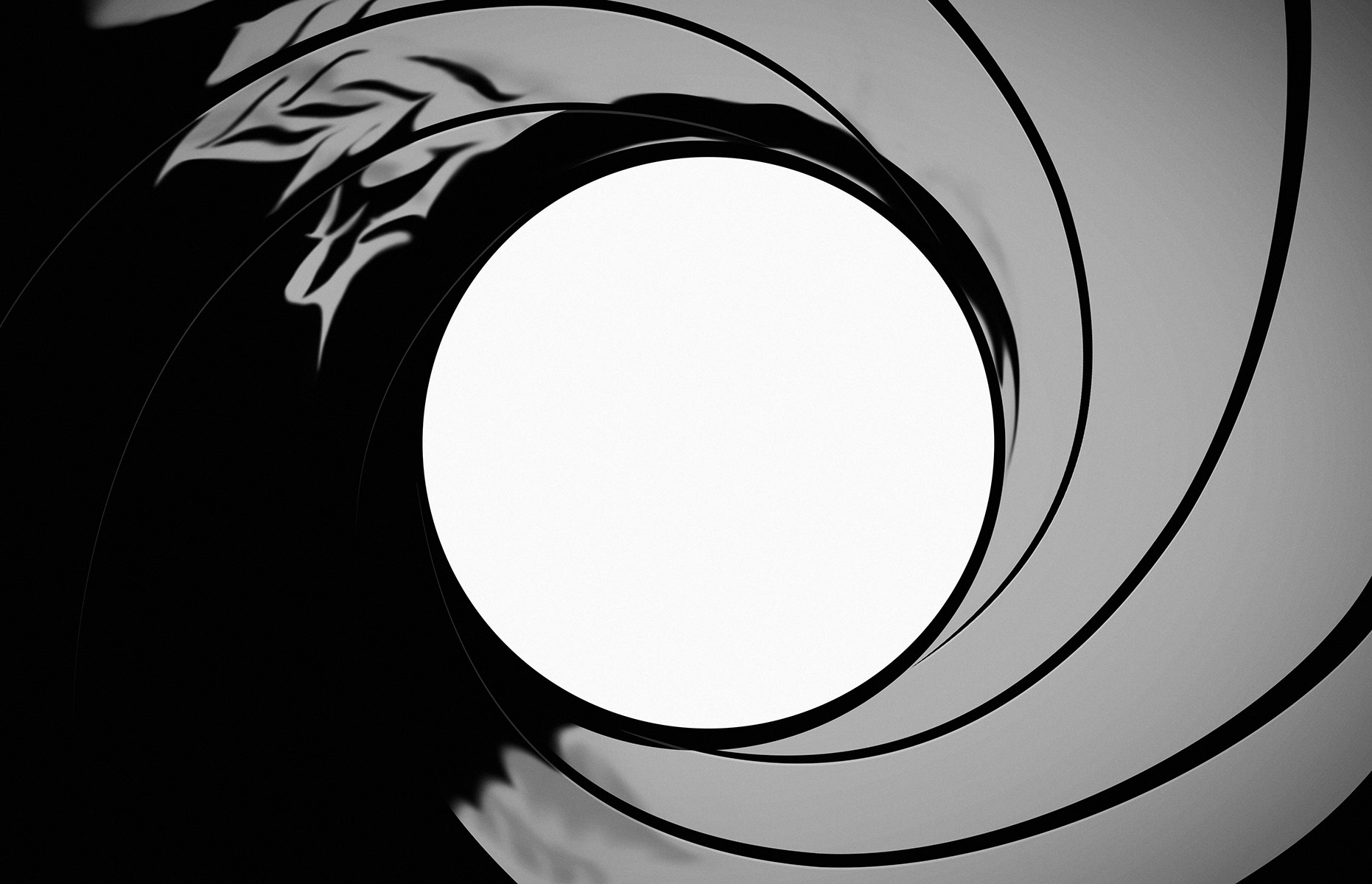 In this age of social media and artificial intelligence (AI), the dominant model for modern systems of government has now become hyperreal democracy. If current trends continue, society itself will inevitably become lost in a world of commercially driven illusion. Even if many brave souls are rebelling against it today, the trend is likely to accelerate. After all, for those who can produce the elements of their hyperreal toolbox and manage the result, it’s the easiest way to make money.

The Art of Propaganda: When Journalists Use Facts to Create Fiction

But political hyperreality did not wait for the IT revolution to emerge and impose itself. Like every other historical phenomenon, it emerged gradually through a number of transformative events. Every technological breakthrough led to a corresponding cultural adjustment. The mass production enabled by industrial organization and its ever-evolving technology gradually spawned cultural massification. From the movies to TV, from IT to the internet and AI, the impact of massified culture produced the surreal economy we now live under.

Concurrent with the release of the latest Bond movie, Theo Zenou has penned an article in The Washington Post linking James Bond to US political history. It makes the case that a momentous turning point leading to establishing hyperreality as the norm for modern government took place six decades ago. According to Zenou, it was the work of one man: President John F. Kennedy. He recounts how the US president, familiarly known as JFK, consciously promoted Ian Fleming’s hero as an archetype of modern political heroism.

At one point, Zenou claims that “Kennedy’s Bond fandom was not, as his adviser Arthur Schlesinger would later explain, simply a ‘publicity gag.’” But he later contradicts himself by admitting that “JFK was a master of spin.” The president “knew that professing his fondness for Bond would result in an avalanche of articles lumping them together, which worked to his advantage.”

That remark alone sums up what is known as the Kennedy mystique. It encapsulates the curious place JFK holds in US history. The Kennedy clan’s sense of marketing turned Jack into a larger-than-life personality and the family into a potential dynasty. But, like his father, Joe Kennedy — who vacillated between the vocation of Hollywood producer, ambassador (to Britain) aspiring presidential candidate — John was also a promoter of the US culture of illusion that includes Hollywood but dates back to the 19th-century circus entrepreneur, P.T. Barnum. Schlesinger was probably right to insist that JFK was sincere and enthusiastic in his tastes and preferences, but his preferences aligned with his obsession around building and managing his image.

Zenou offers this pertinent insight into Kennedy’s own conception of his mission: “JFK strove to preside over a moral renewal. On the campaign trail, he had sounded like an American Nietzsche, deploring that ‘as a nation … we have gone soft — physically, mentally, spiritually.’” It tells us a lot about how hyperreality in politics has evolved ever since.

Either a rethinking and readjusting of one’s relationship with society and the environment or, specifically in the context of US culture, a powerfully intensified commitment to egoistic aggressivity

Zenou describes his idea of Kennedy’s concept of moral renewal, which should more aptly be called cultural renewal, or even cultural improvisation. “Kennedy especially abhorred ‘the Organization Man’ — that avatar of ’50s conformity who held a 9-to-5 corporate job and led a stale life that prioritized material comfort and groupthink over adventure and gumption,” Zenou writes. It is far from obvious that there is anything “moral” about this contrast of cultural models. But it is equally difficult — especially for those of us who remember the Kennedy years — to cite evidence in any of Kennedy’s actions of a quest for a moral renewal. After all, Kennedy hired the ultimate “Organization Man,” Robert McNamara, as his secretary of defense. McNamara displayed his organizational talents in full as he presided over the strategy of the war in Vietnam over the next decade.

James Bond was of course a British import. Few today remember that it sat alongside the equally popular movie “Tom Jones” (1963), based on an 18th-century novel. Those films could be seen as evidence of a kind of cultural renewal taking place in the UK. Tom Jones was a refreshing, creative reminder of continuity with traditional culture. Tom’s character demonstrated what a low-born, disrespected creative young man might accomplish despite the sclerosis of the establishment. In contrast, James Bond marked the emergence of technology-orientated hyperreality that defended and furthered the interests of the establishment.

Zenou is too young to understand that the phenomenon of moral renewal — or rather social upheaval — that actually did take place in the 1960s was brought on not by Kennedy himself, who in public adhered to conventional values, but to his assassination. The hippie movement would not have played out as it did without the traumatic shock of the event that took place on November 22, 1963.

While Hollywood has maintained and developed the James Bond franchise, it left the irony-laden irreverence of Tom Jones behind. In terms of British literature, it shifted its focus from Henry Fielding (the author of Tom Jones) to Jane Austen, promoting a romanticism more akin to the nostalgia of “Gone with the Wind” than to the iconoclastic exuberance of Fielding’s plots and characters.

In the months that followed John F. Kennedy’s death, Beatlemania — spawned by a far more powerful British import — began transforming America’s cultural landscape. Like Tom Jones, the Beatles offered a model of cultural rebellion that clearly confused the older generations. In the wake of the Beatles came the Rolling Stones, followed by a plethora of American rock groups.

Kennedy’s assassination incited an entire generation of youngsters to believe that it made more sense to “turn on, tune in and drop out” than join Kennedy’s Peace Corps or “ask what [they] can do for their country.” On that day in Dallas, the country had failed at ordinary self-preservation. The kind of conventional moral discipline all politicians promoted at the time suddenly lost its credibility as a reliable model for living one’s life.

JFK became a myth along with Lee Harvey Oswald, both assassinated within two days of each other. Had they lived, Oswald would have been forgotten, but Kennedy’s role in history would have been very different. The filmmaker Oliver Stone is certainly right to suppose (thanks to a lot of solid evidence) that the CIA — with or without Oswald’s help — was involved in the assassination and most likely organized it. But Stone may be on less solid ground when he claims that the CIA’s motive was its concern that Kennedy might be preparing to withdraw US support of the South Vietnamese government. More likely, the agency feared that Kennedy might take seriously Dwight Eisenhower’s warning about the military-industrial complex and Harry Truman’s admonition that the CIA had betrayed its mission and was out of control.

A cultural transformation following Kennedy’s murder did take place. Many young people thought of it as a kind of moral renewal. It was patently a rejection of the 1950s’ “Organization Man” culture. But hippie culture, even for the most committed hippies themselves, turned out to be a break from routine rather than a definitive renunciation of it. After Richard Nixon abolished the draft in 1973, Hollywood not only kept the James Bond franchise alive, but during the Ronald Reagan years, it extended the hyperreal character of the Bond ethos toward a more ambitious mission of galactic conquest with a new franchise, Star Wars. It left the social realism of Tom Jones and even John Le Carré (“The Spy Who Came in from the Cold”) far behind.

So, what does history say about the “moral renewal” JFK so ardently wished for? Theo Zenou may be alone in having noticed the phenomenon. Had Kennedy survived, we may wonder whether he might have turned the US into a nation of people sincerely asking what they could do for the country. But it may be that US culture was already too far along the path of obsessing about what individuals can do for themselves for that kind of moral renewal to take place.